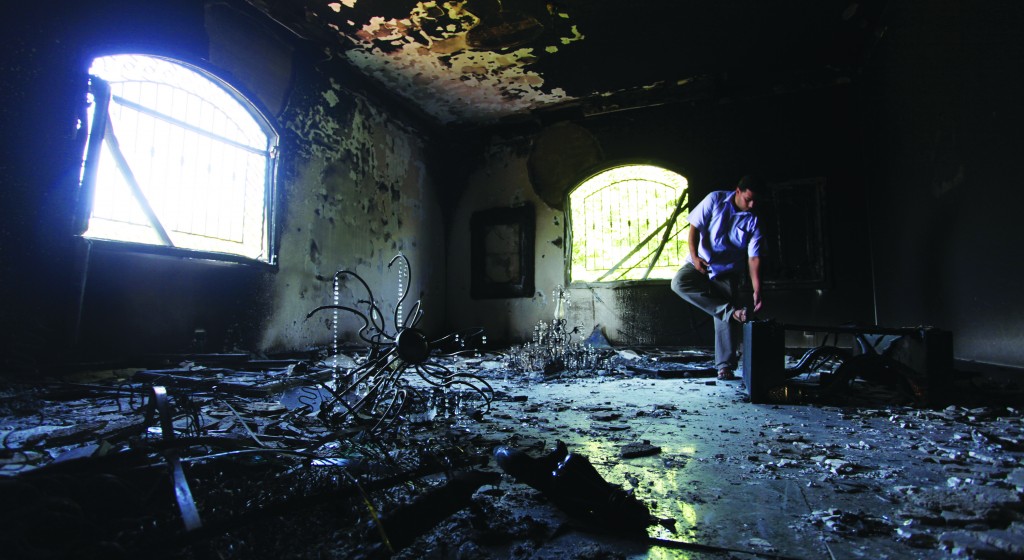 A report by the House Benghazi panel is faulting the military for its slow response sending resources to Benghazi, Libya, during deadly 2012 attacks on a U.S. outpost, despite clear orders from President Barack Obama and Defense Secretary Leon Panetta.

Republicans on the Benghazi committee released an 800-page report on Tuesday on the attacks that killed four Americans, including U.S. Ambassador Chris Stevens.

The panel’s chairman, Rep. Trey Gowdy of South Carolina, said “nothing was en route to Libya at the time the last two Americans were killed almost eight hours after the attacks began.”

Gowdy said the Libyan forces that evacuated Americans from the CIA annex in Benghazi were not affiliated with any of the militias the CIA or State Department had developed a relationship with during the previous 18 months.

He said the report was not aimed at Clinton, but portrays “a series of heroic acts” by Americans under attack “and what we can do to prevent” other assaults.

The Libya attacks became immediate political fodder, given their timing in the weeks before President Barack Obama’s re-election, and that has not abated despite seven previous congressional investigations. There has been finger-pointing on both sides over security at the U.S. diplomatic outpost in Benghazi and whether the White House initially tried to portray the assault as a protest over an offensive anti-Muslim video, instead of a calculated terrorist attack.

Democrats released a report Monday saying that while the State Department’s security measures in Benghazi the night of Sept. 11, 2012, were “woefully inadequate,” Clinton never personally turned down a request for additional security. Democrats said the military could not have done anything differently that night to save the lives of the Americans.

On Tuesday, the panel’s Democrats denounced the Republicans’ report as “a conspiracy theory on steroids — bringing back long-debunked allegations with no credible evidence whatsoever.” The statement added: “Republicans promised a process and report that was fair and bipartisan, but this is exactly the opposite.”

The State Department also issued a statement Tuesday, saying that the “essential facts” of the attacks “have been known for some time,” and have been the subject of numerous reviews, including one by an independent review board.

Spokesman Mark Toner said the department had implemented most of the recommendations of the independent review board and was continuing to expand security at its facilities and improve its threat assessment.

“We have made great progress toward making our posts safer since 2012,” Toner said in a statement. “Our priority continues to be carrying out our national security mission while mitigating the risks to our employees.”

Toner said the department cooperated extensively with the House panel, providing more than 50 current and former employees for interviews and over 100,000 pages of documents.

Rep. Jim Jordan, R-Ohio, who helped write the Republican report, told CNN that “too little effort was made to protect” Stevens and the others.