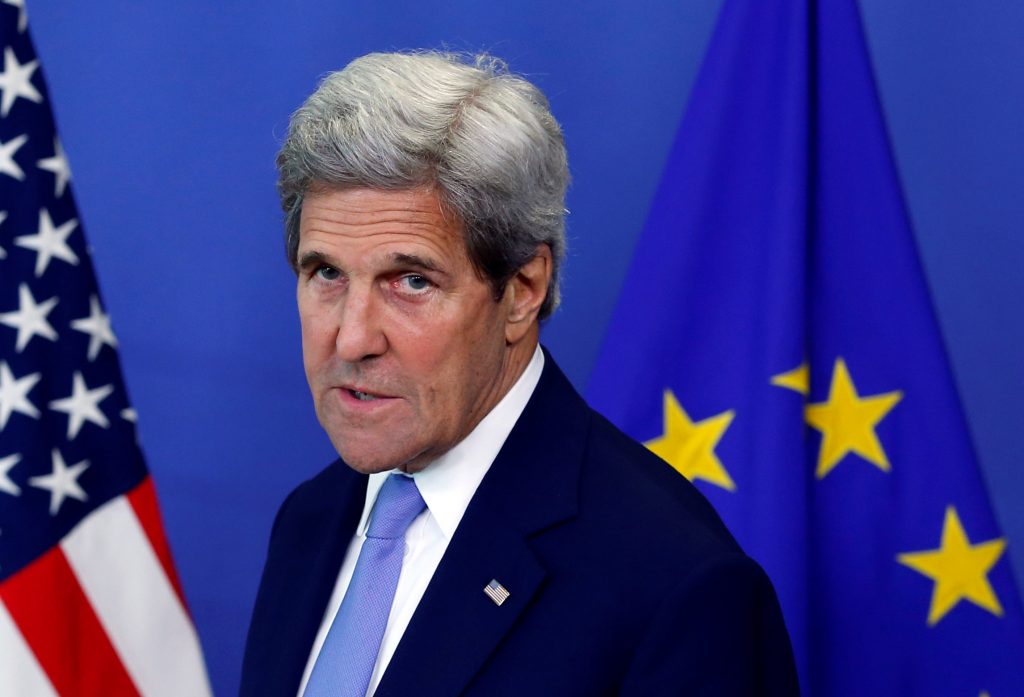 U.S. Secretary of State John Kerry warned the other 27 European Union nations not to be vengeful toward Britain despite last week’s referendum vote to leave the bloc.

After meeting Monday with his EU counterpart Federica Mogherini, Kerry said anger would not help anyone solve the fundamental issue of the breakup. He said that it was “absolutely essential that we stay focused on how, in this transitional period, nobody loses their head, nobody goes off half-cocked, people don’t start ginning up scatterbrained or vengeful promises.”

There has been growing anger in the EU that despite the British decision to leave, the British government could wait for months before starting the complicated process of disentanglement.

Instead, Kerry said both sides must “look for ways to maintain the strength that will serve the interests and the values that brought us together in the first place.”

The United States has said it’s disappointed by Britain’s vote, but also says Britain will continue to have a special relationship with Washington.