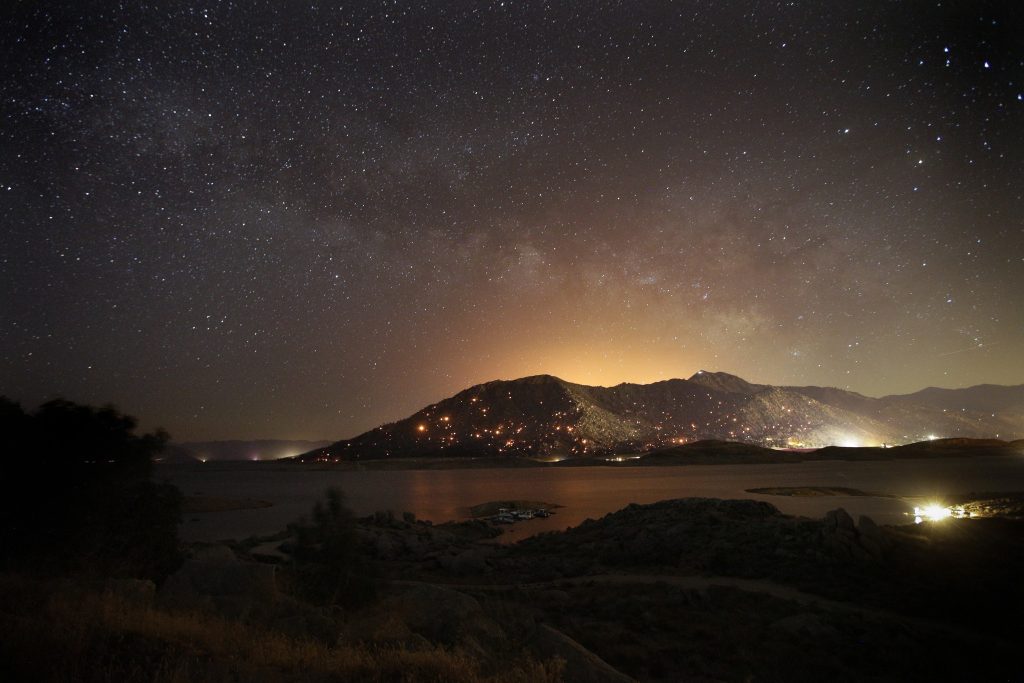 A voracious and deadly wildfire in central California has burned 150 homes and the toll may rise, fire officials said Saturday.

The tally rose from 80 homes as firefighters began going through neighborhoods to count houses and mobile homes incinerated by the blaze. Entire blocks were reduced to rubble, and at least 2,500 homes remained threatened.

“That’s something we have to keep an eye on. It could spark another disaster,” Kern County fire Engineer Anthony Romero said.

About 1,100 firefighters battled the flames.

Gov. Jerry Brown declared a state of emergency, freeing up money and resources to fight the fire and clean up in the aftermath. The Federal Emergency Management Agency also authorized the use of funds for firefighting efforts.

Since it began Thursday, the fire has swept through 35,711 acres — nearly 56 square miles — of parched brush and timber. It moved so quickly that some residents barely had time to escape — and two didn’t.

The fire tore through small communities of houses and mobile homes that surround the lake — actually a reservoir — and the Kern River, a popular spot for fishing and whitewater rafting. The communities are nestled in the foothills of the Sierra Nevada, a mountain range that runs hundreds of miles north and south through eastern California.

Scorching heat and tinder-dry conditions across the West have contributed to massive wildfires in the past week that have destroyed properties and sent residents to seek shelter while hoping for the best.