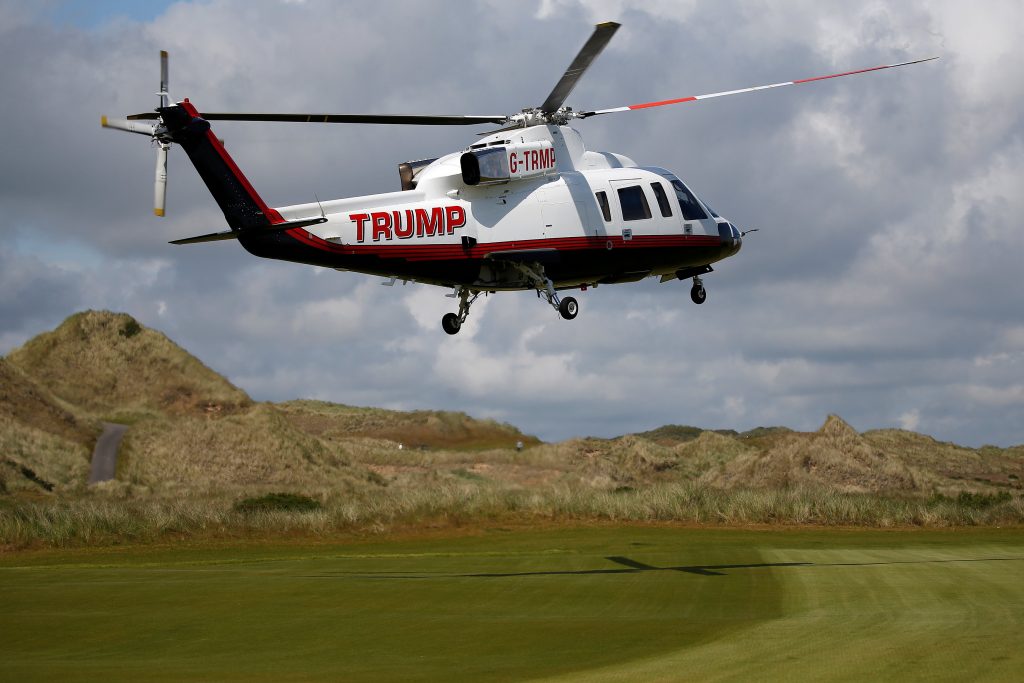 The politics behind the United Kingdom’s vote to leave the European Union sound awfully familiar to the politics that have propelled Donald Trump to the Republican presidential nomination.

But before saying the victory by the “leave” side is a harbinger of a Trump victory on Election Day in the United States, it’s wise to consider the many differences between the two allied nations with historic ties like few others.

The greatest difference: The United States is a significantly more racially diverse nation.

A look at that and some of the other essential differences, and important similarities, in this turbulent political season.

The “leave” vote was widely seen as a backlash against a recent influx of legal immigrants to the U.K. In the U.S. race, Trump dominated the Republican presidential field after he pledged to build a wall on America’s southern border as a way to reduce illegal immigration.

The percentage of the U.K. population born in another country recently reached an all-time high of 13 percent, the same as the foreign-born share of the U.S. population. “American politicians would do well to heed this lesson,” said Roy Beck, president of Numbers USA, which supports reducing immigration to the U.S.

But Britain’s recent spike in immigration has been much more abrupt. The 2001 adoption of rules allowing free migration between EU member countries triggered an influx of immigrants from Eastern Europe into Britain, nearly doubling the number of foreign-born people living in the U.K.

“It often is the rate of change, rather than the volume” that can set off anxiety about immigration, said Natalia Banulescu-Bogdan, assistant director of the Washington-based Migration Policy Institute’s international program.

The United States has for generations styled itself as a nation of immigrants. While current U.S. immigration numbers are high, they were even greater between 1860 and 1930. Much of the angst in the U.S. election has been about illegal immigration, as opposed to the overall numbers of those coming into the county legally.

The much greater racial and ethnic diversity in the United States is a reflection of its immigration history, along with the legacy of slavery that saw millions of blacks brought forcibly from Africa. Nonwhite minorities make up 38 percent of the U.S. population, compared with just 14 percent in the U.K.

There were no independent exit polls conducted Thursday in the U.K., so the racial breakdown of the electorate isn’t known. But returns in the referendum suggest whites in England voted solidly in favor of leaving, while whites in Scotland supported remaining. The overall 52-48 outcome suggests whites as a whole were fairly evenly divided in the U.K.

The U.K. vote featured a geographic split that parallels the familiar urban-rural divide in U.S. politics.

London provided the greatest base of support for remaining in the EU, while more rural areas of the U.K. voted to leave. Trump’s support has been especially strong in more rural and less educated parts of the United States. Republicans in U.S. general elections also tend to fare better in rural areas and smaller cities and towns, while Democrats find many of their voters in America’s urban centers.

The World Bank says about 17 percent of the population in each country lives in rural areas. But the numbers can be deceiving because the United States electorate is spread across many large cities.

London and its suburbs comprise about one-fifth of Britain’s population, while almost one-third of Americans live in the areas around the 10 biggest cities.

“There is this big divide between London and the rest of the country,” said Tom Wright of the Brookings Institute, who tracks British and American politics. “It tends to be more of an urban-rural thing in the U.S., while in England it’s one city that tends to operate in a different economic world.”

Democratic pollster Mark Mellman, who has worked in both countries, said the U.K. lacks the large suburbs that are critical contested areas in U.S. presidential races. “They just don’t have the same kind of suburban thing as we do,” he said. That gives extra clout to small-town and rural Britain.

The choice on whether to leave the EU was decided in a national referendum, while the U.S. selects the president in state-by-state votes. It’s possible for the loser of the national popular vote to end up winning the White House, as Republican George W. Bush did over Democrat Al Gore in 2000. That difference alone makes a comparison a risky proposition.

“The Brexit vote did not have a candidate,” said Republican pollster Whit Ayres, even if it was driven by “the same forces that drove Donald Trump to the hostile takeover of the Republican Party.”

Trump can try to capitalize on economic frustrations, wariness about immigrants and a resentment of the political establishment, as the “leave” campaigners did successfully.

But Ayres’ said Americans’ decision this fall is “an evaluation of the two nominees,” specifically “assessments of a candidate’s character, leadership, trustworthiness.”

That, he said, renders any “apples-to-apples” comparison between the two votes “impossible.”