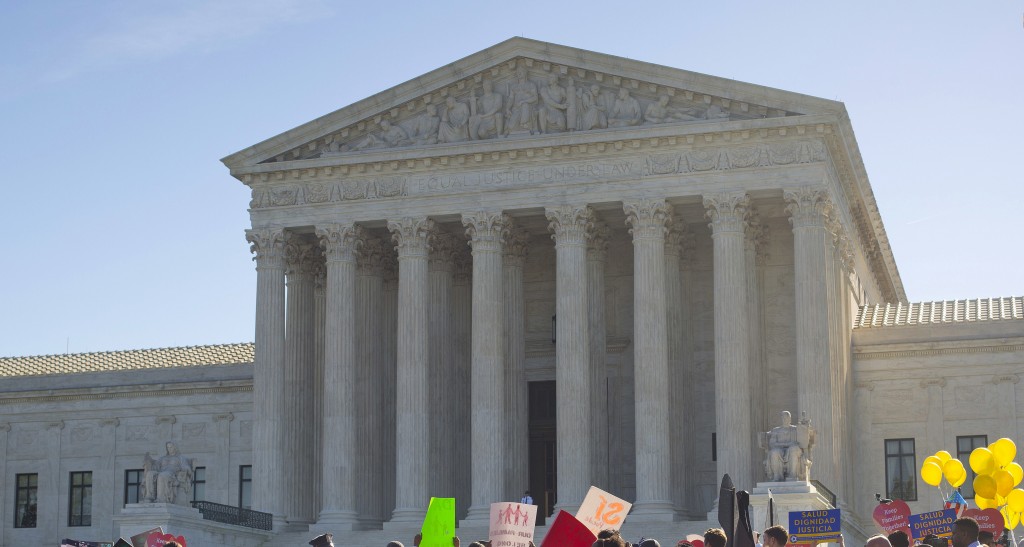 After learning the Supreme Court deadlocked on an immigration plan that would protect her from being deported, Marta Gualotuna could barely speak through her tears.

“This decision is very, very painful for me,” Gualotuna, 57, said in Spanish through a translator. The Ecuadorian immigrant had hoped the court would uphold President Barack Obama’s 2014 executive order, which was designed to reduce the threat of deportation for certain immigrants living in the U.S. illegally.

Despite her sadness, Gualotuna, a New York City resident who’s been in the country for more than 20 years and has three American-born children, was also determined. “The only thing I know is we’re going to keep fighting,” she said.

It was a sentiment expressed by other immigrants and their advocates Thursday after the high court’s deadlock left intact a lower court ruling blocking Obama’s order.

“For me, living in the shadows, it’s like I don’t have a life. I’m like nobody. I feel like nobody,” said Betty Jaspeado, a mother of three in Los Angeles.

The Mexican immigrant described her working life in the United States as one devoid of hope, one where she constantly watched her back in fear of deportation. The possibility of protection offered by Obama had given her something to hold onto.

“I was thinking I could feel human again,” Jaspeado said.

In November 2014, Obama proposed Deferred Action for Parents of Americans and Lawful Permanent Residents, or DAPA, and he expanded the 2012 Deferred Action for Childhood Arrivals, or DACA, to effectively shield up to 4 million immigrants. His executive orders to this effect were put forth in a political climate where the chances for a legislative overhaul of the nation’s broken immigration system were remote at best.

But 26 states filed suit against those orders, and a divided Supreme Court had no definitive answer.

Obama said the ruling was “heartbreaking.” He tried to offer assurances, saying his administration’s priorities for deportations would continue to be new arrivals and those with criminal records.

“As long as you have not committed a crime, our limited immigration enforcement resources are not focused on you,” Obama said.

That wasn’t reassuring to many immigrants and their advocates, who have long criticized Obama for tightening enforcement of current laws at the border. Many of them call him the “deporter in chief,” and some didn’t waste any time making their unhappiness known.

In Phoenix on Thursday, more than 60 people blocked a major thoroughfare outside the U.S. Immigration and Customs Enforcement building, carrying signs in the sweltering heat and chanting in Spanish and English.

“We’re going to keep pushing and fighting and going forward,” said Carmen Rodriguez, a DAPA eligible parent from Raleigh, who has three sons who are U.S. citizens. “We’re going to work to make sure Latino voters come out like never before.”

The outcome puts even more pressure on the result of the presidential election. Democrat Hillary Clinton has spoken out in support of the executive actions, while Republican Donald Trump has spoken of his intention to build a border wall and deport all 11 million immigrants in the country illegally.

Immigrants plan to be part of the election process, said Javier Valdes, co-executive director of Make the Road New York, an advocacy organization.

“We’re going to be fighting this until we get the outcome we want,” Valdes said, pointing to efforts to influence those who can vote. “We want to punish those that came after us,” he said.

Alejandro Mendíaz-Rivera, 26, a graduate student at the University of New Mexico, said the court’s action may spark more Latinos to vote in November.

“I think that might be the only silver lining in this ruling,” Mendíaz-Rivera said. “Those of us (who) are undocumented … can’t vote. But we sure as heck can encourage our friends and family who are citizens to go vote.”