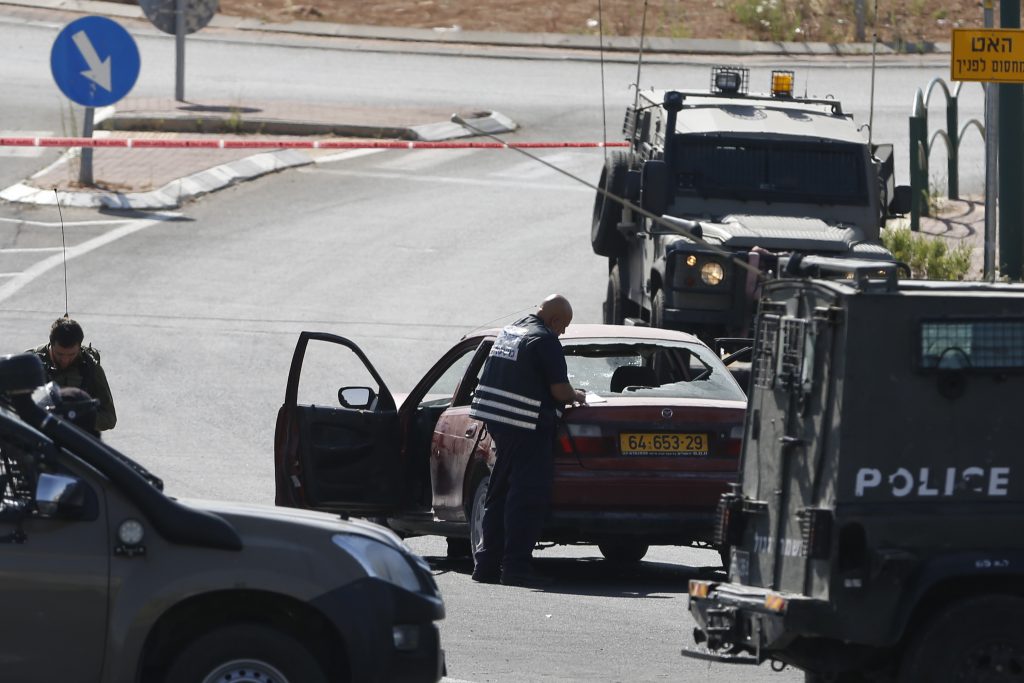 Israel’s army says troops have shot and killed a Palestinian woman after she purposely rammed her vehicle into an Israeli car, injuring two people.

The military says the woman “accelerated and crashed into a stationary vehicle” at the entrance to Kiryat Arba. Forces opened fire and killed her. The two injured Israeli civilians were taken to hospital.