Politics FOCUS: Trump’s ‘Unlimited’ Wealth May Not Be Enough to Fund His Campaign
Politics 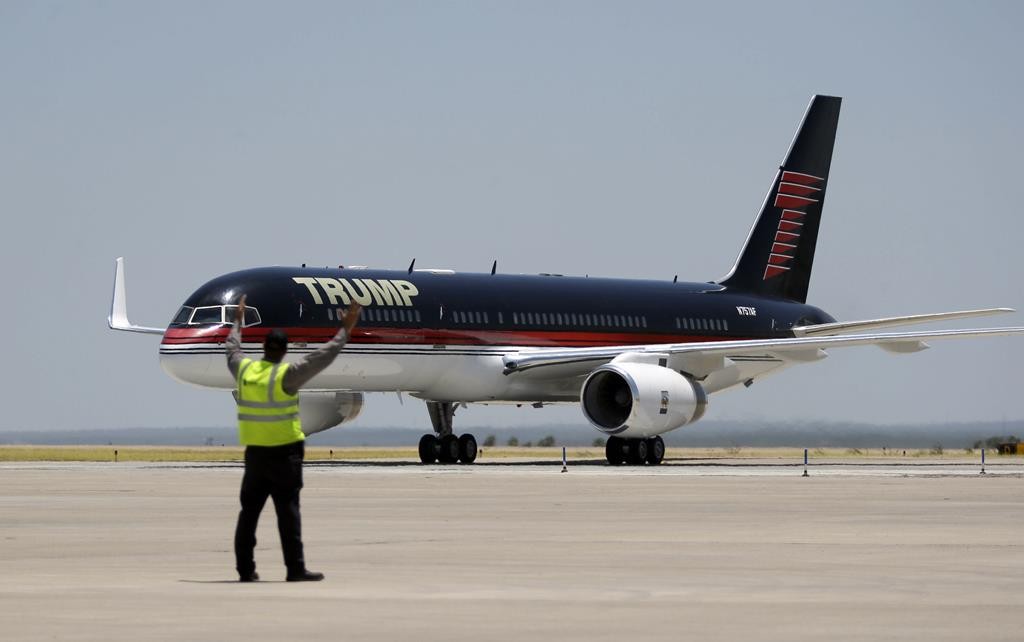 New York real estate developer Donald Trump says he has “unlimited” personal wealth to fund his White House run, but a Reuters review of his financial disclosures suggests he does not have enough cash to see his campaign through to Election Day.

Trump this week dismissed concerns about his campaign finances after electoral filings showed he raised just $3 million in individual contributions in May and had a war chest of only $1 million at the end of the month. His Democratic rival, Hillary Clinton, raised $26 million and ended May with a war chest of $42 million.

Trump, the presumptive Republican nominee who says he is worth about $10 billion, said in a statement on Tuesday that “if need be, there could be unlimited ‘cash on hand’ as I would put up my own money.”

Trump had cash and other liquid investments – money in funds, equities and cash – worth $60 million to $180 million in May, according to his filings with the Office of Government Ethics. The form does not require candidates to give precise values for their assets, only ranges.

If President Barack Obama’s spending in his successful re-election bid in 2012 election is any guide, then Trump is a few hundred million dollars short. Obama spent almost $600 million between June and November 2012, according to Federal Election Commission filings.

Trump’s campaign declined to comment for this story but referred to his earlier statement, in which he said his White House bid costs less than a traditional one because it is “leaner and more efficient.”

If Trump did decide to self-finance his campaign, he could, in theory, tap the hundreds of millions dollars of revenue he says is generated annually by his businesses.

But it’s not clear how much of this revenue he could use. Business owners can take money out of a business only after deducting operating costs and taxes. Even then, much of an entrepreneur’s corporate earnings are often used to invest in building their businesses and maintaining their property assets.

The drop shows his campaign spending so far has already been funded in part by dipping into savings, rather than solely from his income.

“There is a real question about how much he has in terms of liquid assets,” said Norman Einstein, a political scholar and expert in political finance at the American Enterprise Institute, a conservative think tank in Washington, citing the regulatory filings, which do not give a precise picture of Trump’s wealth.

“It’s quite possible that he doesn’t have anywhere near what he suggests he has and what he does have is tied up in real estate, and selling that is no easy task,” he said.

As a result, a more likely scenario would be Trump trying to borrow the funds, which could be probably done more quickly than trying to sell one of his buildings, he added.

Jan Barani, a former general counsel with the Republican National Committee, said Trump may not need as much money as people think.

“He’s breaking the mold on everything … he has proven that spending large sums of money does not guarantee success,” Barani said, referring to how Trump defeated well-funded Republican rivals such as former Florida Governor Jeb Bush in the early nominating contests, or primaries.

If Trump does not use his own money, he can seek donations, the traditional fund-raising route. Individual donors can contribute $2,700 each to his general election campaign.

Trump has also signed a joint fundraising agreement with the Republican National Committee. The NRC currently has $20 million in cash, money that will be used to help elect Trump and Republican lawmakers across the country.

Trump could also benefit if external groups like Super PACs raise money to campaign on his behalf. However, Trump has not yet blessed a Super PAC.

Trump has spent around $63 million so far in his presidential bid, including $46 million in loans he made to his campaign, FERC data shows.

Typically, broadcast media advertising and creating infrastructure at a state and local level to mobilize voters are the most expensive aspects of a U.S. presidential campaign. Media networks charge high fees for prime time slots and many ground troops, needed to bring out the voters, must be paid.

So far Trump has not needed to spend much on media advertising – his fiery rhetoric on illegal immigrants and what he says are the security risks posed by refugees from the Middle East have guaranteed him blanket media coverage.

Trump has said he plans to outsource some of that ground game to the NRC, for example relying on their field staff in battleground states to help get out the vote.

Trump has significant real estate holdings, which he says have low debt on them. With Election Day on Nov. 8 now just four months away, some real estate experts say selling them to generate cash would be a challenge.

But several bankers say Trump could conceivably borrow hundreds of millions against them, despite his history of business bankruptcies and litigation with lenders.

Exactly how much he could borrow, how easily and at what interest rates depends on how much Trump owns of the buildings that he cites as his own and how much debt he has.

“You have years of prosperity and you have all of these alternative lenders and you have banks that are hungry for loans,” said one veteran banking executive, who was not permitted to speak on the record.”

If Trump needs to borrow tens of millions of dollars, he probably can, the executive said. “If it is hundreds of millions, that’s another matter.”