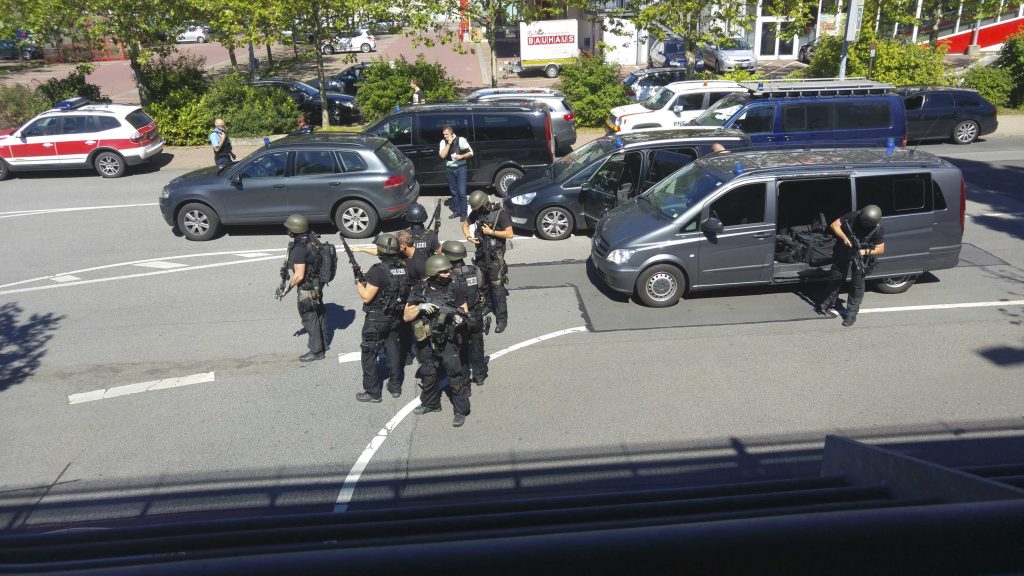 A gunman took hostages at a theater in western Germany on Thursday before police shot him dead, a police spokesman told the N-TV channel, adding that no other people were injured.

German media had said earlier that the masked man had opened fire at the theater complex in the small town near Frankfurt.

Police shot the man dead after elite forces stormed the complex, the Mannheimer Morgen newspaper reported, citing the interior minister of Hesse state. The man was described as “disturbed.”

Bild daily said that according to police about 25 people had been exposed to tear gas.

Earlier media reports had erroneously indicated a major attack in which many people were injured.

According to WABC7, The New York Police Department had initially ramped up security at theaters after initial reports of the attack, but later announced that it would no longer do so, after learning that the earlier reports were erroneous.

“In response to a terrorism incident anywhere in the world, we will immediately err on the side of caution by ramping up our police presence at similar locations,” NYPD Police Commissioner Bill Bratton said initially. “So at this moment we are in fact doing that around the city at major [theater] locations.”

But later, NYPD Deputy Commissioner John Miller said, “What we are getting now, still verifying, is there is no apparent nexus to terrorism. I think that will significantly ramp down our posture here. It appears to be less serious now than the information when it started.”