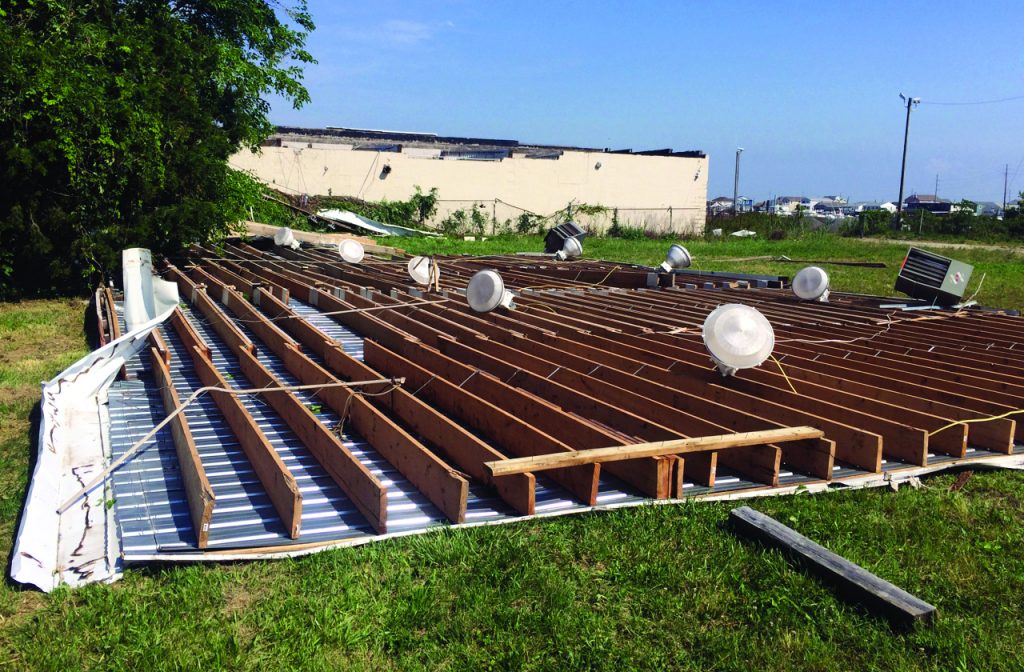 Heavy rains and strong winds knocked down trees and power lines. No injuries were reported but a roof was knocked off a Camden College building and there was a partial roof collapse at an Atlantic City building.

Rides at the Great Adventure amusement park in Jackson were briefly shuttered after the park lost power.