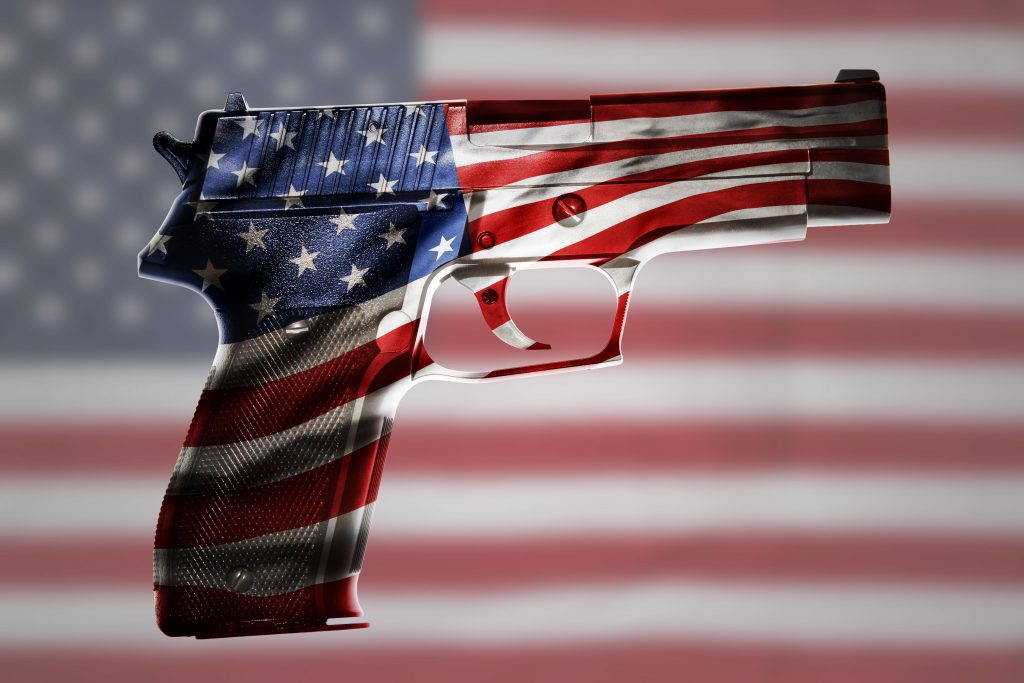 Republican backers of a compromise measure aimed at keeping guns out of the hands of suspected terrorists say they’re gaining momentum and may win enough support to advance the measure in the Senate.

Republican Sen. Susan Collins of Maine is pushing a measure that would bar people on the “no-fly” list, as well as another narrow list of possible terrorist suspects, from buying weapons. The Senate defeated four other gun-related amendments Monday, but if the new compromise can win enough support, it could break a longstanding stalemate in the chamber over gun control.

“I think we’re getting there,” said Jeff Flake of Arizona, one of the three Republicans who have joined Collins in co-sponsoring her amendment to a spending bill that funds the Justice Department and other agencies. Lindsey Graham of South Carolina and Kelly Ayotte of New Hampshire, who is facing a tough re-election race, have also signed on.

The Collins amendment also has five co-sponsors on the Democratic side, including Heidi Heitkamp of North Dakota, the lone Democrat to vote against an amendment Monday from Dianne Feinstein of California that would have banned people on the broader terrorism watch list from buying guns.

Senate Majority Leader Mitch McConnell said Tuesday that he would allow her proposal to come to the floor.

Backers still face an uphill climb getting any bill on guns passed, with Majority Whip John Cornyn of Texas among the Republicans saying that a court order and probable cause should be required before someone is banned from buying a weapon. He called it a “slippery slope” to deny due process to Americans who want to buy guns, but said, “We’ll see how the vote comes out.”

Democratic leaders have said that if Collins can bring along 20 Republicans, they will consider the bill seriously. Any such measure would need 60 votes to advance in the Senate. A strong showing by Republicans would also put pressure on the Republican-led House to consider the provision.

“Surely the terrorist attacks in San Bernardino and in Orlando that took so many lives are a call for compromise, a plea for bipartisan action,” Collins said Tuesday when she unveiled her proposal.

“I don’t know why you would water down the proposal,” Earnest told reporters. He said the White House and Justice Department are looking at Collins’s proposal and if it would have a positive effect, “that’s likely something we would be able to support.” Still, he said, “this certainly doesn’t make up” for the rejection of the Feinstein measure.

Many Republicans said Tuesday they were still evaluating the Collins amendment. Others were mulling their own alternatives.

Collins has said she crafted the measure so that it would have covered Omar Mateen, the shooter who killed 49 people in a club in Orlando. He has been investigated by the FBI in 2013 and 2014, when he was put on a terrorist watch list. He was subsequently removed when the investigation was closed.

Ayotte said Monday on the Senate floor that Mateen had also been placed on the “selectee” list, a narrower collection of possible terrorist suspects who receive extra screening when they board airplanes.

The Collins amendment would allow the attorney general to ban gun sales to anyone on the no-fly or selectee lists. It would also ensure that the FBI is notified when someone who has been on either list — or on the broader terror watch list — within the past five years purchases a firearm.

The amendment would also allow any U.S. citizens and green-card holders to appeal if they are denied the ability to buy a gun, and the U.S. government would pay their legal fees if they prevail.