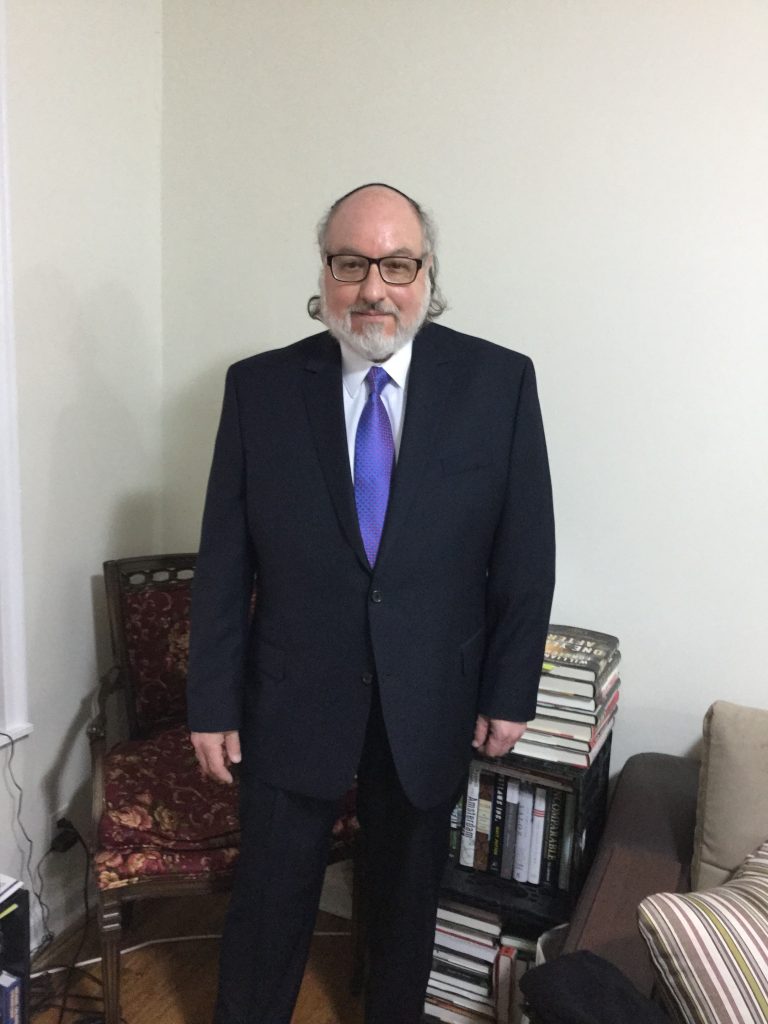 In a surprising reversal, prosecutors decided against a classified submission to the court in the ongoing legal battle over Jonathan Pollard’s broad and unusually severe parole restrictions, and instead, as part of their reply last Friday to the latest filing by Pollard’s attorneys, submitted an unclassified declaration by the director of the Information Management Division within the Office of the Director of National Intelligence.

A legal expert who has been following the Pollard case for many years but is not affiliated with the current court case said that the government was apparently dismayed by the conditions Judge Katherine B. Forrest had placed on such a classified filing, described in legalese as ex-parte.

She had ruled that the government was required to disclose to Pollard’s attorneys the “gist or substance” of its secret submission, and that “the government must justify the necessity of any ex-parte filing by including an ex-parte declaration or affidavit from an intelligence community official describing why Pollard’s counsel does not need to know the information contained in the filing.”

“The government was very clearly peeved by this requirement, one that likely severely hampers their ability to use such a filing against Pollard, so they decided to simply drop it,” the legal expert, who spoke on the condition of anonymity because of the sensitivity of the matter, told Hamodia Tuesday afternoon. “This is clearly a victory — albeit relatively small one — for Pollard,” he added.

Despite the fact that they decline to submit an ex-parte submission, the prosecutors strongly and at some length state their disagreement with the Judge’s conditions.

Pollard’s attorneys — who have security clearances specifically issued by the Department of Justice in connection with their representing him — strongly objected to the government being allowed to submit a secret filing that they would not be permitted to see.

As was the case with the previous government filings, prosecutors built much of their defense of the parole restrictions — which include a 7:00 p.m. to 7:00 a.m. curfew, the wearing of an electronic bracelet at all times for GPS tracking of his whereabouts, which generally needs to be recharged every 24 hours, and the unfettered monitoring and inspection of his computers, in addition to those of any employer who chooses to hire him — on a recently written letter by James Clapper, director of National Intelligence.

In his letter, Clapper claims that “certain information compromised by Mr. Pollard remains currently and properly classified at the Top Secret and Secret levels” and that the unauthorized disclosure of such information could reasonably be expected to cause either “exceptionally grave” or “serious” damage to national security.

Clapper acknowledges that last July, prior to Pollard’s parole hearing, the Intelligence Community (IC) was asked to assess whether there was a “reasonable probability” that Mr. Pollard would commit a new crime and “the IC concluded that it could not say that such a ‘reasonable probability’ existed.”

However, Clapper says that the Intelligence Community believes that “the imposition of special conditions would be an appropriate means to mitigate concerns of future unauthorized disclosures of classified information by Mr. Pollard.”

In March 2014, Turner said that Pollard “is not under the purview of the intelligence community,” and that “it would not be appropriate for D.N.I. Clapper to comment on reports about his status.”

In their previous response, the attorneys for Pollard say that the letter by Clapper does not provide any facts on which to base the Special Conditions. They point out that while Pollard’s GPS device allows the Probation Office to watch a blip of his location move around the Southern District of New York, it does nothing to physically prevent or deter him from having a conversation at a coffee shop, within the confines of his apartment, or in a public park.

In their response, the government declined to directly reply to this argument, instead stating in a footnote that “the fact that the USPC [U.S. Parole Commission] did not determine that Petitioner should be subjected to other, more restrictive forms of confinement (which could have included release to a halfway house or release under strict house arrest) does not preclude the USPC from mitigating the risks associated with Petitioner’s parole via the imposition of special parole conditions.”

In another footnote, the government asserts that “the law does not require the USPC to demonstrate a probability that Petitioner will recidivate, nor that Petitioner could still cause serious harm by disclosing information. The USPC need only demonstrate a reasonable relationship or nexus between the special parole conditions and the underlying offense, which the USPC has done here.”

“What the government is basically saying is we don’t have to explain anything, just take our word for it,” the legal expert says.

Pollard is currently required to wear a GPS monitoring system that consists of a non-removable transmitter installed on his wrist, and a receiver that is plugged into an outlet in his residence. Whenever he moves outside the range of the receiver, the transmitter — which is three inches long and two inches wide — acts as a GPS tracker and monitors his location.

Were Pollard to step out of his tiny studio apartment to daven with a minyan or get some fresh air on Shabbos or Yom Tov, the battery would begin to drain, forcing him to choose between violating Shabbos or facing re-arrest.

In a previous filing, his lawyers have stressed that courts have found in other cases that “an opportunity to worship as a congregation by a substantial number of prisoners may be a basic religious experience and, therefore, a fundamental exercise of religion.”

In a step that is likely to raise genuine concerns among religious liberties activists, and askanim within the Jewish community, the latest government filing seeks to undermine Pollard’s argument that his religious rights are being violated because of the fact that he declined an offer of a “different GPS device in order to accommodate any concern that the original device might lose its charge during the Sabbath.”

In an accompanying affidavit, a Parole officer explains that the device offered has two batteries, each of which can last up to twenty-four hours.

What the government fails to say is that at the court hearing in December, Pollard’s pro-bono attorney, Eliot Lauer, had already stated that “changing a battery in a battery operated device is an equal desecration of the Sabbath as is putting a plug into a socket. Observing this tenet is a fundamental tenet of Judaism. It’s several thousand years old and it is a core belief. It is a core part of the religious faith. So, the battery change offers absolutely no assistance in enabling Mr. Pollard to observe the tenets of his faith.”

Pollard’s attorneys have until July 7 to file their reply.