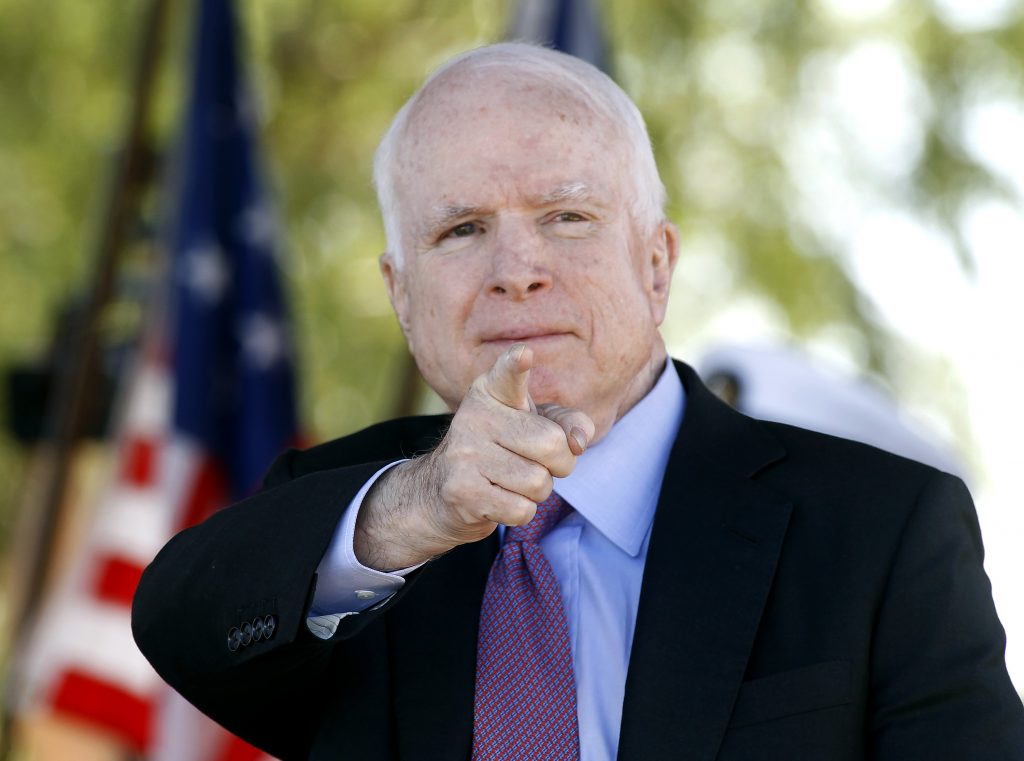 Sen. John McCain (R-Ariz.), is walking back comments that President Barack Obama is “directly responsible” for the attack in Orlando, Fla., earlier this week.

McCain reportedly said Thursday that Obama is directly to blame for the Sunday morning shooting at a club that left 49 dead, and is being investigated as an act of terror.

“He pulled everybody out of Iraq, and I predicted at the time that ISIS would go unchecked, and there would be attacks on the United States of America,” McCain said according to The Washington Post. “It’s a matter of record, so he is directly responsible.”

In a statement, McCain walked back those comments, saying that he “misspoke.”

“I did not mean to imply that the president was personally responsible,” McCain said. “I was referring to President Obama’s national security decisions, not the president himself.”

“As I have said, President Obama’s decision to completely withdraw U.S. troops from Iraq in 2011 led to the rise of [the Islamic State terror group],” McCain said. “I and others have long warned that the failure of the president’s policy to deny ISIL safe haven would allow the terrorist organization to inspire, plan, direct or conduct attacks on the United States and Europe as they have done in Paris, Brussels, San Bernardino and now Orlando.”

“Senator McCain’s unhinged comments are just the latest proof that Senate Republicans are puppets of Donald Trump,” said Adam Jentleson, a spokesman for the Nevada Democrat.