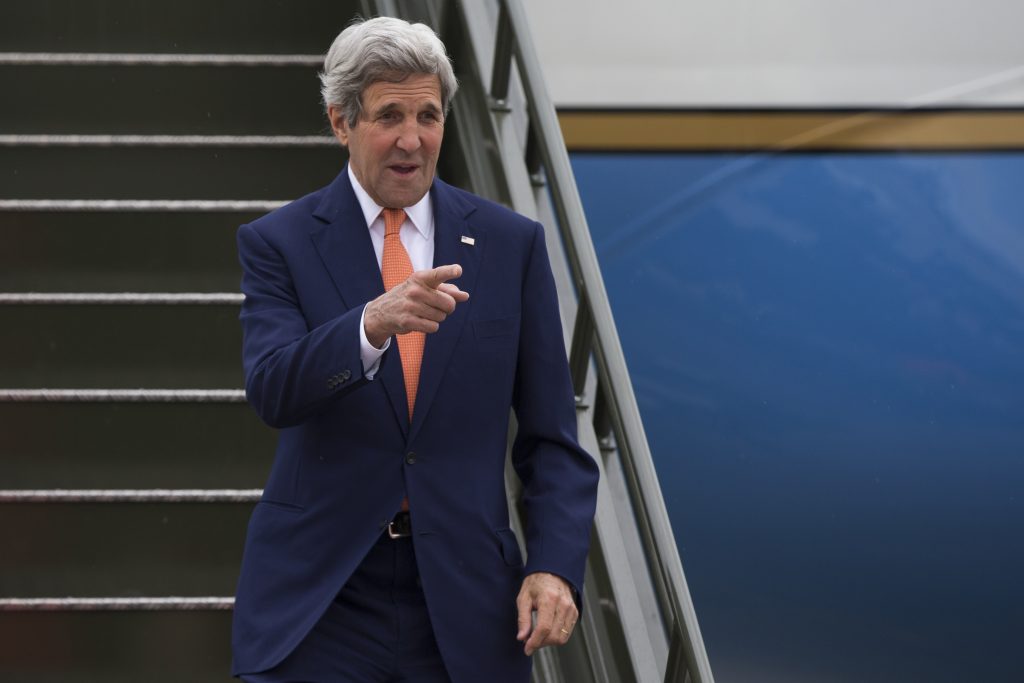 The Obama administration has met its sanctions relief obligations to Iran under last year’s landmark nuclear deal but is willing to further clarify what is and isn’t allowed, in response to renewed Iranian complaints that it’s not getting all the benefits it deserves, U.S. Secretary of State John Kerry said on Wednesday.

Speaking after meeting Iranian Foreign Minister Mohammad Javad Zarif in Oslo, Kerry said the administration had lived up to both the letter and the spirit of the agreement and had gone the extra mile to explain to foreign firms what they are now permitted to do.

“We have lifted the sanctions we said we would lift and we have completely kept faith with both the black-and-white print as well as the spirit of this effort,” Kerry said. “In fact, I have personally gone beyond the absolute requirements of the lifting of sanctions to personally engage with banks and businesses and others who have a natural reluctance after several years of sanctions to move without fully understanding what they are allowed to do and what they are not allowed to do.”

The meeting, at which Kerry also raised the importance of Iran influencing Syria’s government to ensure humanitarian aid deliveries and respect a fragile truce, came just a day after Iran’s supreme leader and Zarif renewed accusations that the U.S. is not living up to its commitment to ease sanctions under the agreement that gave Iran the relief in exchange for curbing its nuclear program.

U.S. officials have said repeatedly that the sanctions have been eased and that Iran’s complaints are due to foreign firms’ wariness to do business with the country for other reasons, including ballistic missile testing, support for Syria’s government and anti-Israel groups, and poor banking regulations.

Kerry told reporters he has repeatedly explained to the Iranians that there are limits on what the United States can do to encourage businesses to deal with Iran, and said he thought “the supreme leader and Foreign Minister Zarif are pressing to make sure” Iran gets what it is entitled to under the deal “as rapidly as possible.”

To that end, he said he believed there were areas where the U.S. could do more to show it is a good faith negotiating partner.

“I think there are places where the United States could give confidence where there is doubt,” Kerry said. “And, I feel that it is important for us if we’re going to have future dealings (with Iran) or we want to have a reputation for good faith in negotiations we conduct anywhere. It’s important for us to show good faith in executing this agreement and I intend to see to it that we do that.”

On Syria, Kerry said that the truce endorsed by the U.N. Security Council was “frayed and at risk”, mainly due to violations by Syrian President Bashar Assad’s forces with Russian air support on cities like Aleppo, and that the United States is losing patience. “Russia needs to understand that our patience is not infinite, in fact it is very limited,” he said.

“We have made it very clear that unless we get a better definition of how this cessation is going to work, how it will be enforced, who it applies to, how it is applied, we are not going to sit there while Assad continues to assault Aleppo and while Russia continues to support that effort,” he said.

“The United States is not going to sit there and be used as an instrument that permits a so-called cease-fire to be in place while one principal party is trying to take advantage of it to the detriment of the entire process,” Kerry said. “We’re not going to allow that to continue. So Russia and others have to make a decision whether or not they care about the course of events in Syria and whether or not they are serious about implementing a United Nations Security Council resolution.”

Kerry also spoke of the challenge of combating terrorist groups and terrorism, while rejecting claims that the world is engaged in a “clash of civilizations” between the West and Islam.

Kerry rounded out his visit to Oslo by meeting Norwegian officials, and will visit an Arctic research station on Wednesday. He will then travel to Denmark and Greenland.