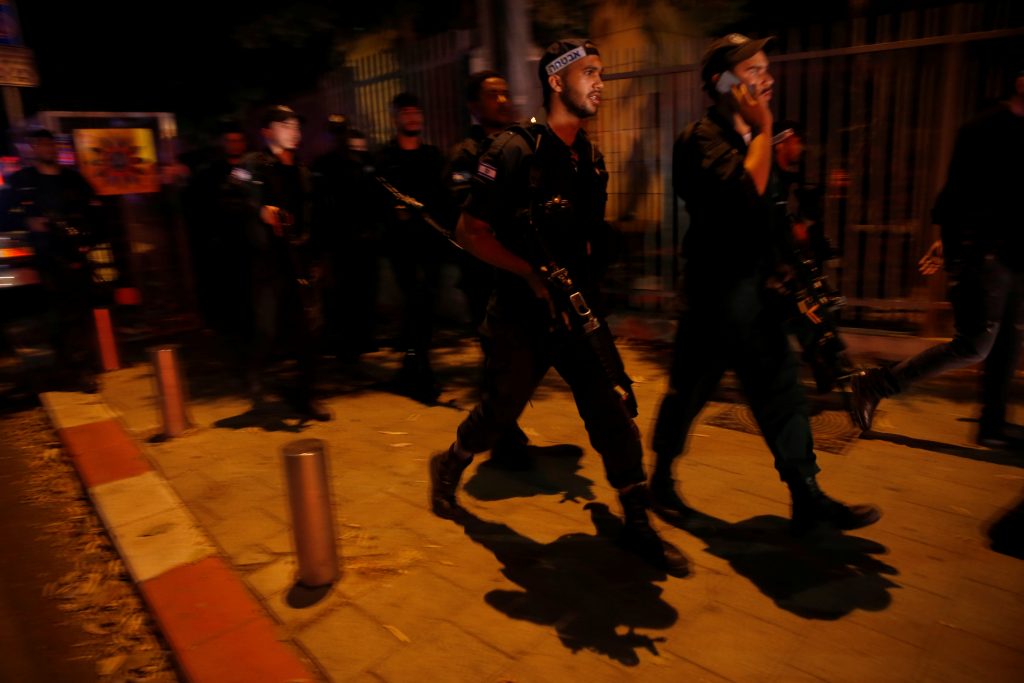 An off-duty policeman unwittingly invited one of the terrorists from the Sarona attack into his home and left him alone with his family, while he went to join the search for the terrorists.

The officer and his wife were on their way to their apartment after hearing gunshots from the Sarona Market. Outside their building, they noticed, among other bystanders, a man who seemed very confused and scared, and who kept asking for water. The officer let the man upstairs, gave him a drink of water, and left him with his wife and in-laws while he went back downstairs to help in the manhunt.

A few minutes later, however, after realizing that the stranger he had taken in was dressed like the other terrorist and might have been his partner, he rushed back home.
He then overpowered the man. B’chasdei Shamayim, no one was hurt.

When police subsequently arrived at the apartment with guns drawn, he told them that the situation was under control. But, then, as one of them holstered his pistol, it accidentally fired, injuring the police officer who had let the terrorist into his apartment.

Police would not divulge the identity of the officer or his rank. They said they are not opening an investigation against him.