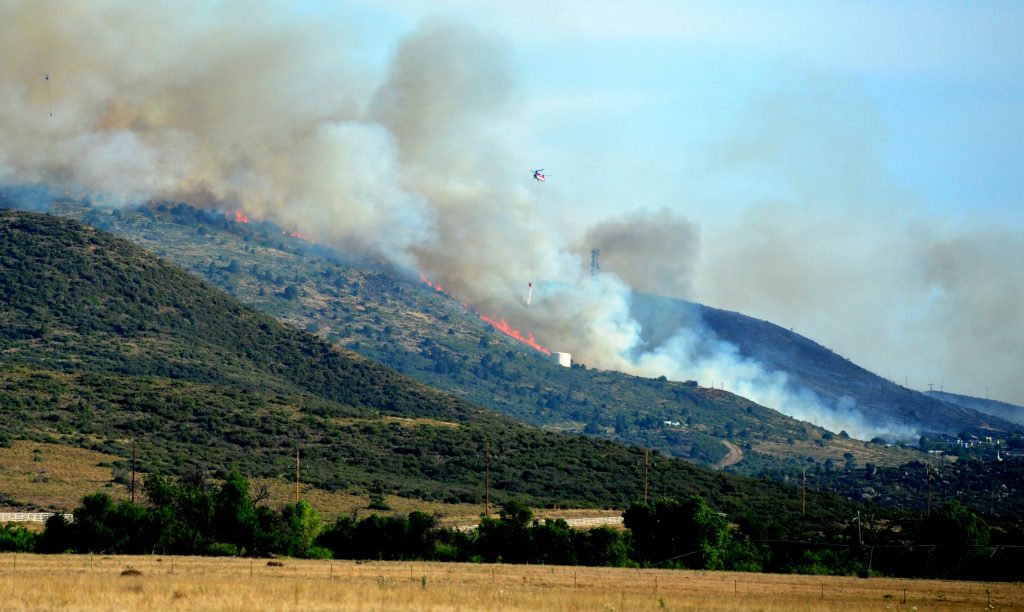 Hundreds of people evacuated their homes Wednesday as a wildfire raged near the north-central Arizona town of Yarnell — the scene of a 2013 blaze that killed 19 members of an elite firefighting crew.

Bureau of Land Management spokeswoman Dolores Garcia said 250 to 300 people left their homes in the town, about 60 miles northeast of Phoenix.

There have been no reports of any injuries, Yavapai County sheriff’s spokesman Dwight D’Evelyn said.

The fire grew to 600 acres, but crews expected it to ease somewhat during the overnight with cooler temperatures and higher humidity.

Garcia said three out buildings have burned but no homes have been lost.

The cause of the blaze was being investigated, but Garcia said crews had ruled out lightning.

It was burning south of the town and east of the site of the Yarnell Hill Fire in which members of the Granite Mountain Hotshots died when they got trapped by the flames nearly three years ago — the deadliest U.S. tragedy for wildland firefighters in several decades.

That lightning-caused wildfire destroyed nearly 130 homes in the area.

On Wednesday, some Yarnell homeowners said they saw smoke and received a voluntary evacuation notice on their cellphones.

A Red Cross shelter for evacuees was set up at Yavapai College in Prescott.

Highway 89 through Yarnell was shut down as U.S. Forest Service crews did back-burns and dug trenches while air tankers dropped slurry loads before nightfall.

Authorities said the fire appeared to be moving up mountain slopes to the northeast of Yarnell and away from the town, but its western flank still was threatened.