Politics In Interview, Trump Says ‘No Reason’ for Him to Raise $1B
Politics 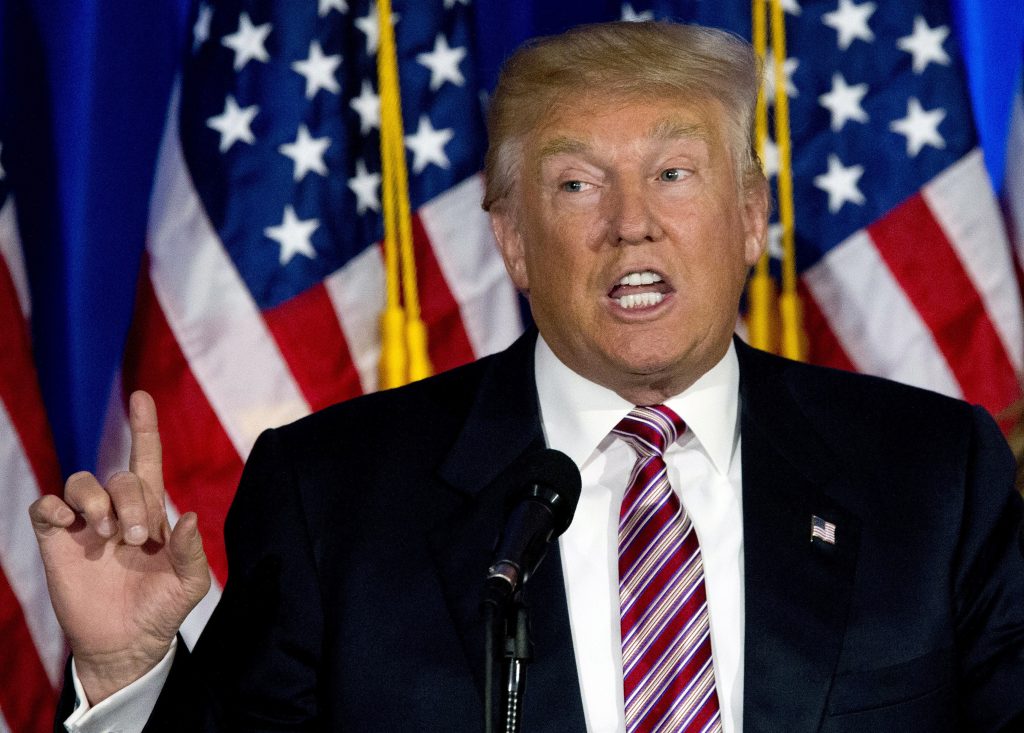 Presumptive Republican presidential nominee Donald Trump distanced himself from his own fundraising estimate of $1 billion, refusing to commit to collecting even half that amount, and saying his campaign didn’t need much money to win the White House.

Trump, who has held just two major fundraising events since agreeing three weeks ago to help the party raise cash, said he would rely instead more on his own star power as a celebrity to earn free media, and has no specific goals for how much money his campaign needs.

“There’s no reason to raise that,” Trump said about raising $1 billion. “I just don’t think I need nearly as much money as other people need because I get so much publicity. I get so many invitations to be [interviewed]. I get so many interviews, if I want them.”

In an extended interview inside his Trump Tower office on Wednesday – his first after the final day of Republican nomination contests – Trump said he has narrowed his running-mate search to four or five politicians from within the party’s establishment, including several former campaign rivals.

Trump also spoke at length about his controversial real-estate program, Trump University, despite a lengthy statement a day earlier in which he said he did “not intend to comment on this matter any further.” He continued to insist that he’s been treated unfairly in the case, and pointed to positive reviews of the school. “Another said, ‘I went to Harvard and this was better,'” Trump said. He declined to say whether he agreed or disagreed with that assessment, adding, “The experience was very good for a lot of people.”

But, unlike previous interviews on the subject, he didn’t turn to personal attacks against federal judge Gonzalo Curiel. Trump provoked a massive backlash from Republicans when he said that Curiel had an inherent conflict of interest in presiding over the case because of his Mexican heritage. Curiel was born in Indiana.

“It’s not a big case and they don’t care about it,” Trump said about voters. “Nobody cares. We want to get on to where the economy is going and everything else.”

In contrast to the loud and outrageous performance Trump delivers at his public rallies, he was engaging and even made an attempt at humility when a reporter suggested he had out-negotiated House Speaker Paul Ryan to win the Wisconsin Republican’s endorsement. “I didn’t out-negotiate him,” Trump said. “He is a very good guy. I think Paul and I will deal on certain issues.”

But Trump’s brashness was on display, too, as he responded to a Bloomberg Politics article on Monday about a chaotic private phone call in which he ordered about three dozen of his most visible supporters to defend his attacks on Curiel by questioning the judge’s credibility and impugning reporters as racists.

“I started that call by saying ‘I would imagine that someone from the press is on this call in some form,” Trump said on Wednesday. “It’s not like somebody got me by surprise. I’m a big boy. … It wasn’t like a sneak attack.”

The call showed the extraordinary role Trump has taken in his campaign, often acting as his own political strategist, communications adviser and even scheduler. During the interview on Wednesday in his office, he said he would give a speech on Monday to attack Hillary Clinton, the presumptive Democratic nominee. The event planning then played out in front of reporters.

“I don’t even know where yet. I think we are gonna do it in Washington at the club,” Trump said about delivering the speech at Trump National Golf Course in suburban Virginia. “Let’s do it at the club,” he said, turning to Hope Hicks, his top press aide. “I wouldn’t mind doing it on the Potomac.”

“I almost would love to do it right at the flag,” Trump said.

“I love that,” Hicks told him.

“But it would depend on the weather and stuff,” Trump added.

Trump’s most consequential decision between now and the Republican National Convention that starts July in Cleveland is selecting his running mate.

Amid all the nervousness from Republican political veterans that his speeches are too spontaneous, he vowed to show discipline in the announcement of his vice-presidential pick. The campaign has privately discussed making an announcement as soon as this month to deflect from the controversy surrounding Trump University, and some advisers have worried that Trump may decide on his own to post the announcement on Twitter one night with little warning.

“I’d like to save it, give it the old fashioned way, right?” Trump said about keeping the announcement until the convention.

Trump said he’ll probably choose one of four or five politicians, and that his short list includes some vanquished rivals who have dropped out of the 2016 presidential race. He is considering at least one ex-rival who has so far refused to endorse him, but who will “come over to my side,” he predicted.

Two veep finalists are respected military officials, but he said he’s less likely to end up choosing one of them “because of the fact that I think I’m going to do very well on national security.”

Trump said one example of his prowess in foreign policy is the fact that the North Atlantic Treaty Organization created a terrorism post after he suggested it during a cable interview in March. The Wall Street Journal reported on Friday that NATO is creating a powerful new intelligence post, “amid growing criticism of the alliance’s failure to focus more resources on terrorism,” including from Trump.

“It’s all because of me,” Trump said in the interview.

“In all fairness, you know, it’s not my life,” Trump said about foreign policy and national security. “But I know about NATO. It’s obsolete. And it doesn’t cover terrorism.”

Trump also said he probably wouldn’t pick a business executive as his running mate, and flatly ruled out anyone with Wall Street experience.

“No, no, I don’t think so,” Trump said. “I don’t need that type of ability. I have that ability, better than they have.”

The advantage of picking a running mate with political experience is that they’ve been largely vetted by voters and the media, so it’s unlikely anyone will “find out that they were doing terrible, terrible things with their life,” Trump said.

Business leaders will be tapped to handle other matters in his administration, including trade, he said. “We’ll have some of the greatest dealers in the world, because we haven’t that,” Trump said. “We’re going to use our good business people.”