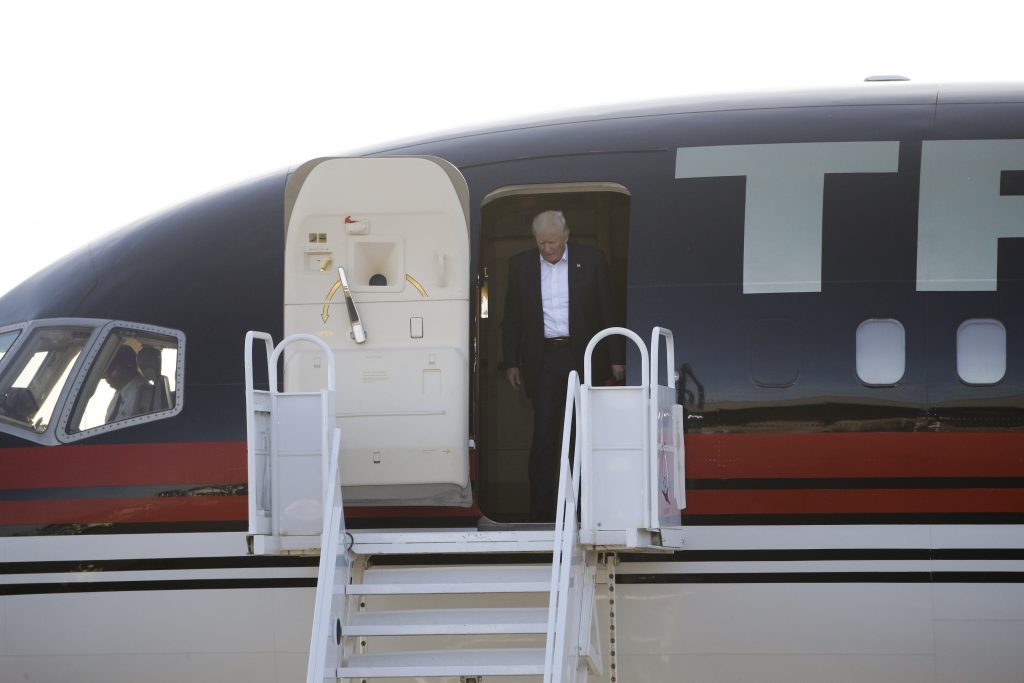 Hillary Clinton is set to unleash a major foreign policy attack on Donald Trump, using a speech in San Diego to cast the Republican as unqualified and dangerous.

The former secretary of state, who has repeatedly called Trump a “loose cannon,” will seek Thursday to contrast her foreign policy experience with Trump’s. Foreign policy adviser Jake Sullivan said Clinton would make clear how high the stakes are in the race, as well as share her “larger vision of who we are, what we’re all about as a country.”

“She is going to make clear why Donald Trump is simply unqualified to be commander in chief,” Sullivan said, adding that the speech “will go into specifics in a very direct and clear way about what makes Donald Trump unfit, both in terms of temperament and ideas. This is as full-throated and full-bodied a case as you will have seen from anyone on the danger that Donald Trump poses.”

During an appearance in Newark, New Jersey Wednesday, Clinton assailed Trump over his past statements, criticizing him for proposing to ban Muslims from entering the country, for advocating the use of torture and for saying other countries should acquire nuclear weapons.

“This is not just divisive rhetoric, my friends, this is dangerous,” Clinton said. “What he has already said has given aid and comfort to terrorists.”

Trump accused Clinton of lying about his foreign policy plans at a rally at an airport hangar in Sacramento, California, Wednesday night.

“She lies. She made a speech and she’s making another one tomorrow. And they sent me a copy of the speech and it was such lies about my foreign policy,” Trump said.

“They said I want Japan … to get nuclear weapons. Give me a break,” he objected. “I want Japan and Germany and Saudi Arabia and South Korea and many of the NATO nations — they owe us tremendous. We’re taking care of all these people. And what I want them to do is pay up.”

Trump has suggested in the past that he might be OK with Japan one day obtaining nuclear weapons.

Clinton’s campaign hopes her foreign policy experience will appeal to voters who may be wary of Trump’s bombastic style and lack of international experience. They hope those points, combined with Trump’s controversial statements about women and minorities, will give Clinton opportunities with independent and moderate Republican voters.

In recent days, Clinton has criticized Trump over his past business practices, his recent promises to raise money for veterans and his now defunct education company, Trump University. On Wednesday Clinton called Trump a “fraud” and said the real estate mogul had taken advantage of vulnerable Americans.

Trump has pushed back against the critiques. On the education company, he has maintained that customers were overwhelmingly satisfied with the offerings.

While Clinton is stressing her concerns about Trump, she is still dealing with her primary race. Clinton needs just 71 more delegates from states voting Tuesday to win the Democratic primary, but is dealing with an increasingly tough fight with rival Bernie Sanders in California, where the Vermont senator is gaining in polling. Clinton plans to be in California though Monday as she seeks to avoid a primary loss there.