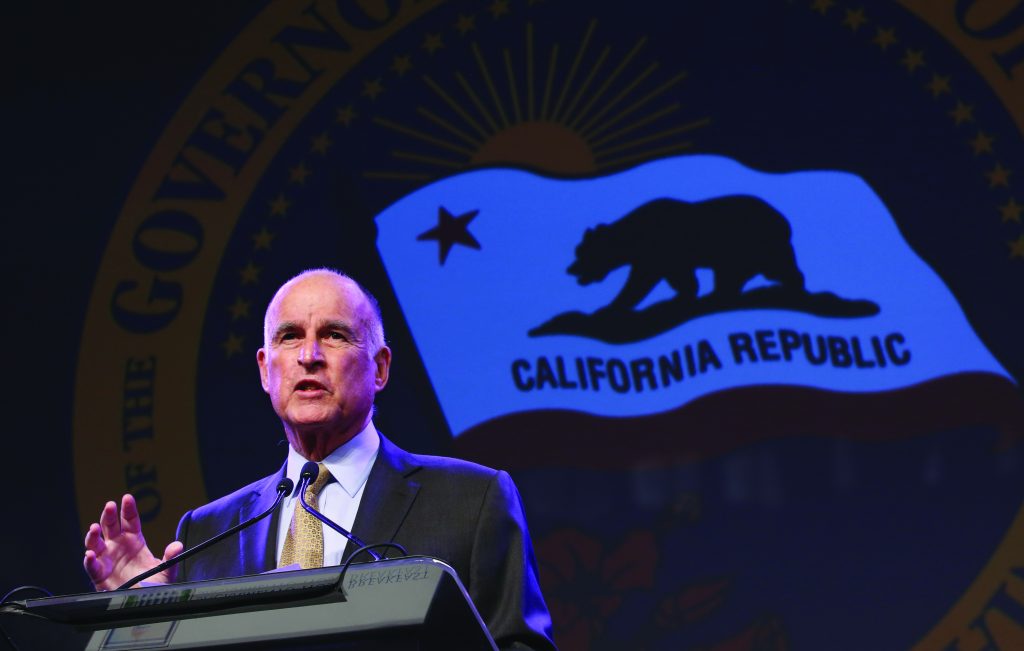 Hillary Clinton landed a coveted endorsement from California Gov. Jerry Brown Tuesday, patching up a strained relationship between the two Democrats as she seeks to deliver a final blow to Bernie Sanders’ campaign.

Clinton heads into California and the other end-of-the-line primaries June 7 with the Democratic nomination virtually locked up — she needs just 71 delegates to reach the required threshold at the party’s summer convention in Philadelphia. But Sanders is staging boisterous rallies across the state and running media ads in hopes of delivering an upset that he says would strengthen his claim to the nomination, despite the numbers.

While Clinton’s campaign has been looking to California as the triumphant conclusion to her primary run, her lead appears to have vanished in recent days. Polling last week showed a race that’s nearly tied.

Clinton is still expected to lock up the nomination before the polls close in the Golden State, but a loss in California would amount to a deeply symbolic wound in a state she carried in the 2008 presidential primary against then-Sen. Barack Obama. It would also encourage Sanders to make good on his promise to remain in the race until the party convention in July, hampering Clinton’s ability to unify her party and sending her limping into the general election.

While the state has a pronounced Democratic tilt, a Clinton defeat could also embolden Republicans who would love to see her have to defend ground in a state that hasn’t sided with a Republican presidential candidate since 1988.

At this point, Clinton is eager to devote her time and money to the campaign against presumptive Republican nominee Donald Trump. But the unexpectedly tough race in California, and her determination to win it, is highlighted in her upcoming schedule — starting Thursday, she’s planning events for five consecutive days. She’s also running a series of ads targeting black, Latino and Asian-Americans in the state, spending cash she’d hoped to conserve for spots going after Trump.

“I’m feeling very positive about my campaign in California,” Clinton said in an interview with MSNBC on Tuesday. “We are working really hard. I want to cover as much of the state as I possibly can.”

With Brown’s blessing, Clinton has the support of virtually every major Democrat in California.

In a written statement, the governor stopped just short of saying Sanders should step aside. Instead, he called Clinton’s lead “insurmountable,” pointed out she had amassed about 3 million more votes than Sanders, and argued it was urgent for Democrats to begin focusing solely on Trump.