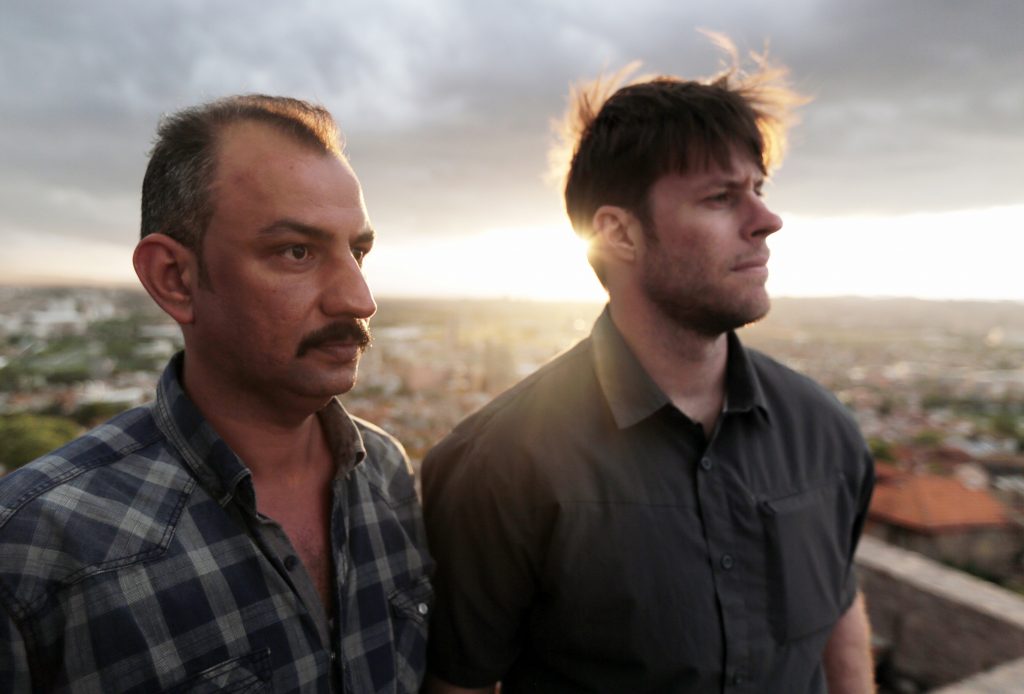 After three military combat tours in war-torn Iraq, Chase Millsap returned home to get on with a civilian life, but there was one thing he couldn’t do: leave a comrade behind, certainly not one who had saved his life.

Especially not the former Iraqi military officer who, because he had worked with the Americans, was now living a precarious existence as a refugee dodging Islamic State terrorists seeking to kill him.

So for the past two years Millsap has been fighting a different kind of battle, one to gain asylum for the brother-in-arms he simply calls The Captain.

“The Captain is the epitome of my personal commitment to take care of people,” said Millsap, 33, who served in the Marine Corps and upon reenlistment joined the Army and became a Green Beret.

For the time being, The Captain lives in southern Turkey, struggling to obtain refugee status in what he hopes will be the first step toward seeking permanent asylum in the United States.

“If I go back, I’m sure I die,” the 37-old Muslim and married father of two said recently during an interview over Skype. He agreed to speak, but, fearing for his safety, only wanted to be identified by his former rank.

As he spoke his 3-year-old daughter and 4-year-old son played in the family’s living room.

Millsap visited his friend last year at his cramped apartment, hoping he might help him expedite his refugee application.

After running into one obstacle after another — The Captain couldn’t get an interview at one government office because his papers were in English, not Turkish — Millsap returned to the United States and, with a handful of other military veterans, formed the nonprofit Ronin Refugee Project.

It’s dedicated to helping those who fought alongside Americans find safe harbor here or in other Western countries. After helping The Captain, they hope to turn their attention to others.

“He’s one of millions that’s stuck in a system that is broken and he’s just gonna continue to wait,” Millsap said. “And so we decided to step up, me and a few other veterans.”

On Tuesday, he will be in Washington to meet with members of Congress and others to discuss just how the U.S. might go about doing that.

“That’s really become my mission,” said the newlywed who, after obtaining his master’s degree from the University of Southern California, went to work this month as a community liaison helping U.S. veterans reintegrate into civilian life.

Friendly and outgoing, Mills was a fresh-faced 2nd lieutenant when he arrived in Iraq in 2006 to lead a contingent of U.S. Marines and Iraqi soldiers. The Captain, a lieutenant himself then, was among the latter group.

“When I met The Captain I was unimpressed at first,” Millsap said, chuckling now. He was a Marine, after all, he is quick to add, and no decent Marine thinks anyone can do the job better than he can. Never mind that they were in the middle of nowhere, surrounded by danger in a foreign country where they didn’t know the culture.

His attitude began to change as The Captain patiently explained why he and his troops weren’t getting buy-in from the locals or the Iraqi soldiers. It changed dramatically, however, after a sniper tried to take Millsap’s head off during a routine patrol.

“He quickly pushed me down and ran towards the gunfire and because of that saved my life,” Millsap recalled. The sniper, seeing an angry Iraqi soldier charging at him, chose to run rather than shoot again.

“And that,” Millsap added with a laugh, “is when I truly realized that this guy’s OK.”

It was coincidence the two crossed paths a year later during Millsap’s second tour. He was again in charge of a Marine contingent and The Captain was now his Iraqi counterpart. The bearded soldier stared at him, incredulous that he’d returned.

Millsap left the Marines after that tour to join the Army’s Green Berets, rising to the rank of captain himself. The two didn’t cross paths but kept in touch by phone and email, until one day the communications stopped.

The Captain, Millsap would learn a year later, had nearly been killed when an IED blew up his Jeep. He recovered and soldiered on until Islamic State began moving in and the death threats began. When calls to his home began identifying his children by name he gathered up his family and fled to Turkey.

Now a typical day begins with physical therapy on his right arm, still damaged by the IED. That’s followed by tasks like teaching his children the English alphabet, then studying English grammar himself so he can fine-tune his United Nations application for refugee status.

The last time he met with a U.N. official, he said, he was told a decision might come within three months. That was four months ago. Now he’s heard maybe in a month or two. Or maybe a year.

He and Millsap check in by Skype once a week. During a recent call he praised Ronin Refugee Project for not forgetting him.

“I feel like you are my family. You are my brother. You and the other group of Marines are really gentlemen,” he said before his voice began to break.