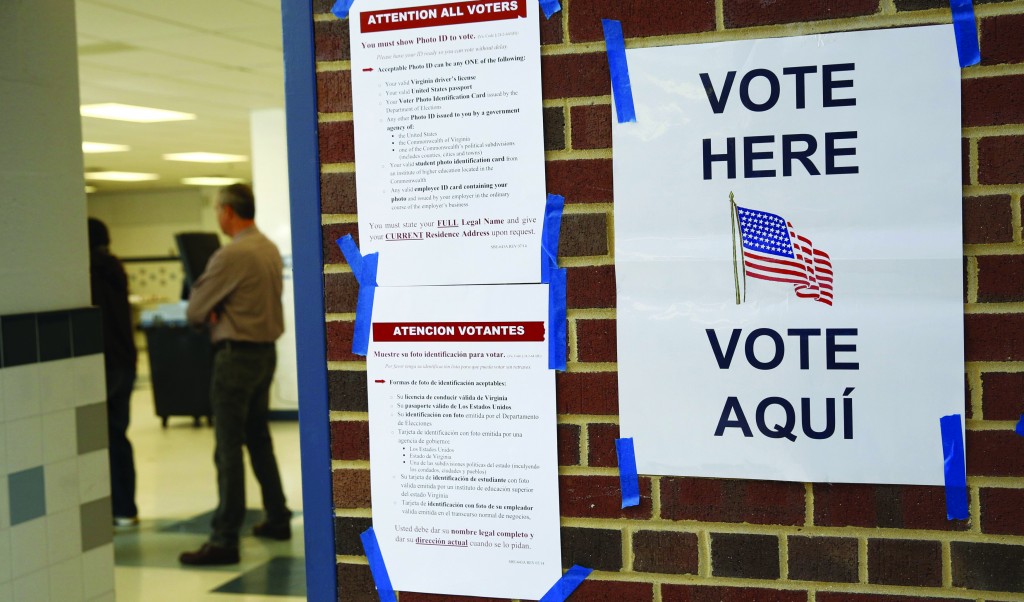 The coming presidential race between Hillary Clinton and Donald Trump begins in a virtual dead heat, a competition between two candidates viewed unfavorably by a majority of the current electorate and with voters motivated as much by whom they don’t like as by whom they do, according to a new Washington Post-ABC News poll.

Never in the history of the Post-ABC poll have the two major party nominees been viewed as harshly as Clinton and Trump.

As the primaries are set to draw to a close next month, Democrats and Republicans have begun to consolidate around their presumptive nominees, even though Republican voters remain divided on the question of whether Trump reflects the core values of their party. Partisans in both parties say they are confident that they will be unified for the fall campaign, though one-fifth of Republicans express doubts.

In all, the survey foreshadows a hard-fought, competitive and negative general election. At this point, the two candidates are in a statistical dead heat among registered voters, with Trump favored by 46 percent and Clinton favored by 44 percent. That represents an 11-point shift toward the presumptive Republican nominee since March. Among all adults, Clinton holds a six-point lead (48 percent to 42 percent), down from 18 points in March.

Nonetheless, Clinton is rated ahead of Trump across a range of attributes and issues, and she is seen as having superior experience, temperament and personality to be president. Trump is viewed as unqualified by a majority of adults, but he has strong appeal to voters as the anti-Clinton candidate who can bring change to Washington in an election year in which outsiders have thrived.

Meanwhile, Bernie Sanders, who has given Clinton a stiff challenge in the contest for the Democratic nomination, enjoys the most positive rating of the three. Among registered voters, Sanders is net positive – 49 percent to 41 percent – and has seen his image improve steadily the longer he has been a candidate.

The other politician who is judged positively at this moment is President Barack Obama. This is important to Clinton’s prospects in the fall. His overall approval rating among all adults remained at 51 percent, as it was in March, while his disapproval rose from 43 percent to 46 percent, within the margin of error.

Support for the two candidates as they begin their direct engagement appears tepid. Less than half of those in Clinton’s column say they strongly support her, while a bare majority say they support her “somewhat.” The numbers for Trump are virtually identical.

Nor are people fully satisfied with their choice of major party nominees – 51 percent call themselves satisfied while 44 percent say they want a third-party option.

Some leading Republican leaders and some grass-roots activists have been exploring the possibilities of finding a third-party candidate to stand as an alternative.

The Post-ABC poll tested a hypothetical three-way race that included Trump, Clinton and Mitt Romney, the GOP’s 2012 nominee and one of the most outspoken critics of the New York businessman. Among registered voters, Clinton gets 37 percent, Trump 35 percent and Romney 22 percent. Underscoring the divisions within the GOP ranks, Romney gets a third of Republicans in a three-way race.

Among registered voters, Clinton runs away from Trump on such attributes as having the right experience to be president, having the personality and temperament to serve in the Oval Office and having realistic policy proposals. Trump’s strongest calling card is as a change agent. The two are judged more or less evenly on honesty and trustworthiness, on strength of leadership and on keeping the country safe.

On issues, registered voters clearly prefer Trump on taxes and by a narrower margin on international trade. Clinton has a wide lead on issues of importance to women and rates ahead of Trump on dealing with an international crisis and handling international relations, and holds a slight edge on handling immigration.

The question of whether voters are looking for a candidate with political experience or someone who comes from outside the political establishment remains a fault line of potential significance. At present, 52 percent of Americans say they favor experience while 43 percent say they want an outsider.

In the winter and early spring of this year, experience was significantly more in favor – preferred by nearly 30 points over being an outsider. Fluctuations in that choice likely will affect the fortunes of the two candidates, as Clinton is the embodiment of political experience and Trump is a symbol of the outsider promising big change.

The poll suggests that Trump has more vulnerabilities than Clinton, but that opposition to the former secretary of state can lead some voters with a mixed to unfavorable view of Trump to support him nonetheless.

Among all adults, 58 percent rate Trump as not qualified to be president. In contrast, 63 percent say Clinton is qualified. But among those who say Trump is not qualified, 3 in 4 say they support Clinton for president. An additional 14 percent are backing Trump, and the remainder say they would pick neither candidate or might stay home in November.

Another indicator came when Americans were asked whether Trump shows enough respect to people with whom he disagrees. More than 3 in 4 said he does not, including 55 percent who say it is a major problem. But he still enjoys the support of 30 percent of that overall group, most of them people who do not regard his treatment of people who disagree with him as a major problem.

The coalitions behind Trump and Clinton hew to the same contours seen earlier this year. He holds a huge lead among men while she has a substantial, though smaller, lead among women. Clinton also meets some resistance among Democratic men.

Trump is winning 57 percent of white voters, while Clinton gets just 33 percent. For purposes of comparison, Obama in 2012 lost the white vote, 39 percent to 59 percent. Among nonwhites, Clinton is at 69 percent while Trump is at 21 percent. Four years ago, Romney got 19 percent of the nonwhite vote.

Trump is getting 85 percent of Republicans, and losing 8 percent to Clinton. She wins 86 percent of Democrats but loses 11 percent to Trump. Clinton, of course, is in a contest with Sanders that continues to split Democrats. Trump’s narrow overall lead among registered voters comes mainly from his current strength among independents, who prefer him to Clinton by 13 points.

Some of these subgroups are subject to some change as the campaign progresses, assuming further consolidation within each party.

Meanwhile, despite his populist message and support among working-class whites, Trump is overwhelmingly seen as a candidate whose economic policies would help the wealthy, by roughly 40 points.

Trump’s message that international trade hurts the country has majority support among all adults, with 53 percent saying those trade deals have done more to take away jobs than create jobs. But his support for deporting the roughly 11 million undocumented immigrants, as well as his call for a temporary ban on Muslims, is opposed by 50 percent, slightly more than those who back the proposals.

Trump has refused to release his tax returns, in contradiction of the practice of presidential candidates dating back decades. More than 6 in 10 Americans say he should conform to that custom and release them, including most independents but fewer than half of Republicans.

The Post-ABC poll was conducted May 16-19 among a random national sample of 1,005 adults, including interviews on conventional and cellular phones. The margin of sampling error for overall results and among the sample of 829 registered voters is plus or minus 3.5 percentage points.