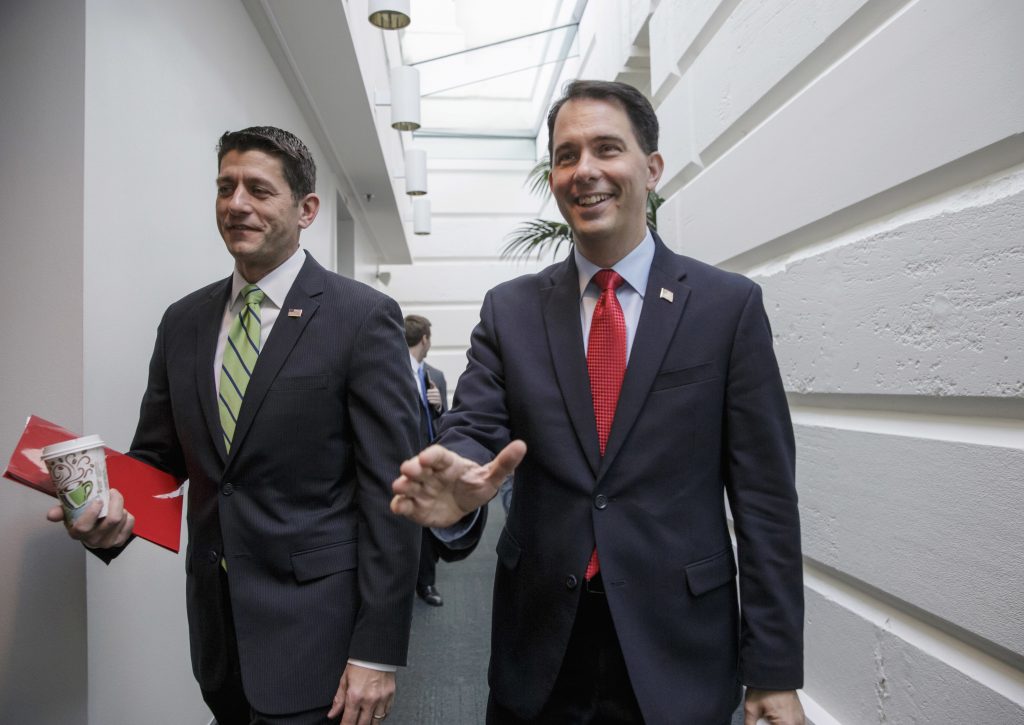 Mixed feelings about presumptive Republican presidential nominee Donald Trump were on full display Saturday at the Wisconsin GOP convention, with Gov. Scott Walker and other officeholders not even speaking his name.

Those who did mention Trump urged supporting him as a necessity in order to defeat Democratic front-runner Hillary Clinton.

“That needs to be our clear focus,” Walker said of the Senate race. “That’s where we can have the biggest impact, not just in the state of Wisconsin but the nation as a whole.”

Walker called for focusing “like a laser beam” on getting Republicans excited about supporting Johnson.

Johnson, in his convention speech, compared the upcoming election along with the vote passengers on Flight 93 took on Sept. 11, 2001 before storming the cockpit to stop the hijackers and crash the plane in a Pennsylvania field.

“It may not be life and death, like the vote the passengers on United flight 93 took, but boy is it consequential,” Johnson said of the election.

While Johnson joined state office holders in refusing to mention Trump by name, others in the congressional delegation broke the silence.

U.S. Rep. Jim Sensenbrenner, in calling for unifying behind Trump, said “the time has come to look at what the stakes are.”

“The consequence of staying home is effectively a vote for Hillary Clinton and Russ Feingold,” he said.

But Sensenbrenner’s comment that Trump had won “fair and square” was met with only scattered applause.

U.S. Rep. Glenn Grothman said Republicans need to get more excited in the race or face losing to Clinton.

“Like the Scott Walker recall, we’ve got to be that riled up,” Grothman said.

There were few signs of excitement for Trump at the annual convention, which is largely staged as a pep rally for the party in advance of the election. One person wore a Trump hat and a vendor had Trump buttons for sale along with items for other candidates. There were no Trump signs hung in the convention hall.

Walker has said he will endorse Trump as the Republican nominee, while others have said they want to hear more about his policies. House Speaker Paul Ryan met with Trump in Washington on Thursday and said afterward he was confident that the party would be unified.

The next president “will likely have the power to stack the federal courts with nominees,” Attorney General Brad Schimel said in his remarks. But instead of using that point to advocate for Trump, Schimel called for re-electing Johnson because of the role he plays in the Senate voting on confirming those nominees.

Even state Senate Majority Leader Scott Fitzgerald, who had been one of the most outspoken office holders calling for unity behind Trump, did not make that plea during his remarks. Fitzgerald instead focused on Republican efforts to retain majority control of the state Senate.

And Walker’s son, Alex Walker, spoke about Johnson. A junior at the University of Wisconsin-Madison, Alex Walker said he was working to organize college Republicans to help with the Johnson campaign. He didn’t say anything about helping Trump.