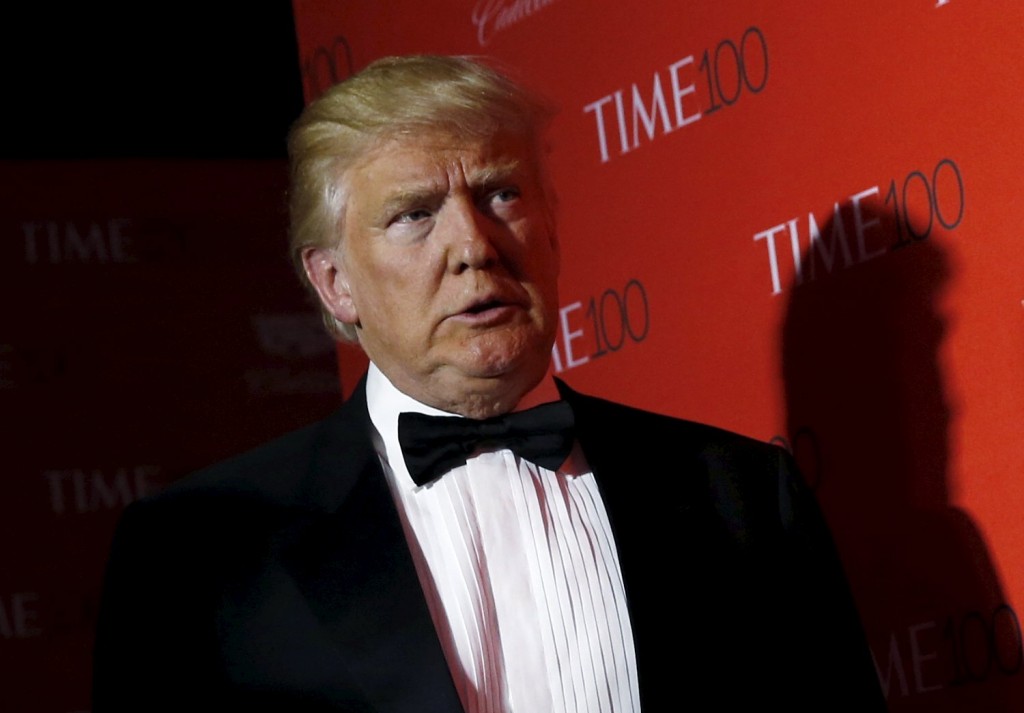 Donald Trump rolled to crushing victories Tuesday in primaries across the Eastern seaboard, substantially expanding the divisive mogul’s delegate lead and narrowing the chances for his opponents to stop his march to the Republican presidential nomination.

Trump was projected to win decisively in all five of the states holding primaries: Connecticut, Delaware, Maryland, Pennsylvania and Rhode Island.

Tuesday’s rout was an embarrassing and potentially debilitating blow for Trump’s nearest rival, Sen. Ted Cruz of Texas, who trailed the victor by wide margins in all five states. In some cases, early returns showed Cruz running third, behind Trump and Ohio Gov. John Kasich.

Now mathematically eliminated from winning the 1,237 delegates required to secure the nomination outright, Cruz and Kasich are banking on a contested party convention in Cleveland to somehow deny Trump the nomination.

But with a fresh jolt from Tuesday’s big wins, Trump is on course to perhaps amass enough delegates by the end of primary voting in June. Heading into Tuesday’s contests, Trump had 845 pledged delegates — a lead of nearly 300 over Cruz — and was poised to pull further ahead by about 100 delegates or more.

Shortly before polls closed, Trump said Cruz and Kasich should quit the race because they have no plausible claim on the nomination.

The Northeast was long seen as favorable territory for Trump, who last week notched a blowout win in his home state of New York. Polls showed Trump with imposing leads in all five states, but Cruz and Kasich did not cede them. They campaigned in areas of Maryland and Pennsylvania especially, hoping to win delegates from targeted areas.

For Trump, the path ahead could be more challenging. Next Tuesday’s primary in Indiana — a winner-take-all contest that will award 57 delegates — is shaping up as a major stand by Cruz and his allies, as well as by Our Principles PAC, the well-funded super PAC dedicated to stopping Trump from winning the nomination.

Addressing supporters in Knightstown, Indiana, Cruz said that after Tuesday’s results, “the media is going to say Donald Trump is the Republican nominee.”

“But I’ve got good news for you,” he added. “Tonight, this campaign moves back to move favorable terrain. … The question is: Can the state of Indiana stop the media’s chosen Republican candidate?”

From there, the contest goes to Nebraska and West Virginia. The former is seen as a likely Cruz pickup considering the Texan’s strength earlier in neighboring states such as Iowa and Kansas, while Trump could find strong support in coal country and other parts of West Virginia.

“Tonight’s results are neither surprising nor decisive. With Kasich and Cruz showing signs of cooperation and more challenging terrain ahead for Trump, this race is going all the way to Cleveland,” the leaders of Our Principles PAC said in a memo issued Tuesday night.

A total of 172 delegates were at stake in the five states voting Tuesday. In Pennsylvania, 54 of the 71 delegates will not be bound based on primary results. Many of the people running to be delegates have said they would support at July’s Republican National Convention whichever candidate wins the primary in their congressional districts, but they are free to change their minds and back whomever they wish in Cleveland.

Preliminary exit-poll data suggested that Trump’s wins were propelled by GOP voters’ desire for a political outsider to bring change to the nation’s political and economic systems.

In Maryland, for example, the top issue for Republican primary voters was the economy, followed by government spending, terrorism and immigration. Nearly 4 in 10 voters said they were angry at the government, the data show.

While 33 percent of voters said sharing a candidate’s values and 30 percent said bringing needed change were the top qualities they were looking for, just 16 percent said beating the Democrats in November was most important, according to the preliminary exit-poll data.

In the five states that held contests Tuesday, Trump campaigned feverishly. He trumpeted the nativist, populist themes that have endeared him to supporters nationwide. He gave voice to the frustrations that have boiled in many voters for years, vowing to transform Washington and act decisively to reverse trade deals and stimulate manufacturing towns that have seen good-paying jobs disappear.

“Pennsylvania has taken more hits on trade than just about anywhere else,” Trump said last week in Harrisburg. “Not good! What are you guys doing? How do you let this happen, guys?”

Trump’s campaign spring came at an inflection point for him and his campaign. He recently hired a raft of senior advisers to help professionalize his operation and catch up to Cruz in the labyrinthine state-by-state battle to win delegates.

Trump’s newly installed top adviser, Paul Manafort, said the candidate would be transforming his image into a more serious prospective nominee. On Wednesday, Trump is scheduled to deliver what his campaign has billed as a major foreign policy address — a scripted speech in Washington, delivered from teleprompters, that will outline the Trump doctrine on global affairs.

Aides and family members have advised the often unruly billionaire to act more “presidential” in recent weeks, a play to assuage concerns by skeptical members of his own party who worry that Trump — with his inflammatory rhetoric on Muslims and immigrants — is too much of a loose cannon to carry the GOP to victory in November.

But Trump publicly mocked the advice from his handlers that he tone down his demeanor, repeatedly telling supporters at campaign stops across the Northeast in recent days that he found presidential demeanor “boring.”

Reverting to form, Trump on Monday belittled Cruz and Kasich in personal terms Monday. He called Cruz a “failed senator” and poked fun at his speaking style. He also lampooned Kasich for answering questions from reporters while eating.

“This guy takes a pancake, and he’s shoving it in his mouth. It’s disgusting! Do you want that for your president? I don’t think so,” Trump said at an afternoon rally in Warwick, Rhode Island.

Over the weekend, Cruz and Kasich struck a nonaggression pact in the hope of uniting the anti-Trump vote in states yet to come. Kasich ceded Indiana to Cruz, while Cruz ceded Oregon and New Mexico, which hold primaries on May 17 and June 7, respectively, to Kasich.

The alliance, which was announced late Sunday, provided Trump with fresh fodder to seal the deal with voters on the East Coast. At rallies on Monday, Trump blasted the pact as “collusion” and cast it as the latest maneuver by the GOP establishment to try to deny him the nomination.

Despite attempts of some Republicans to rally opposition to Trump, the exit-poll data in Maryland shows that few primary voters cast protest votes.