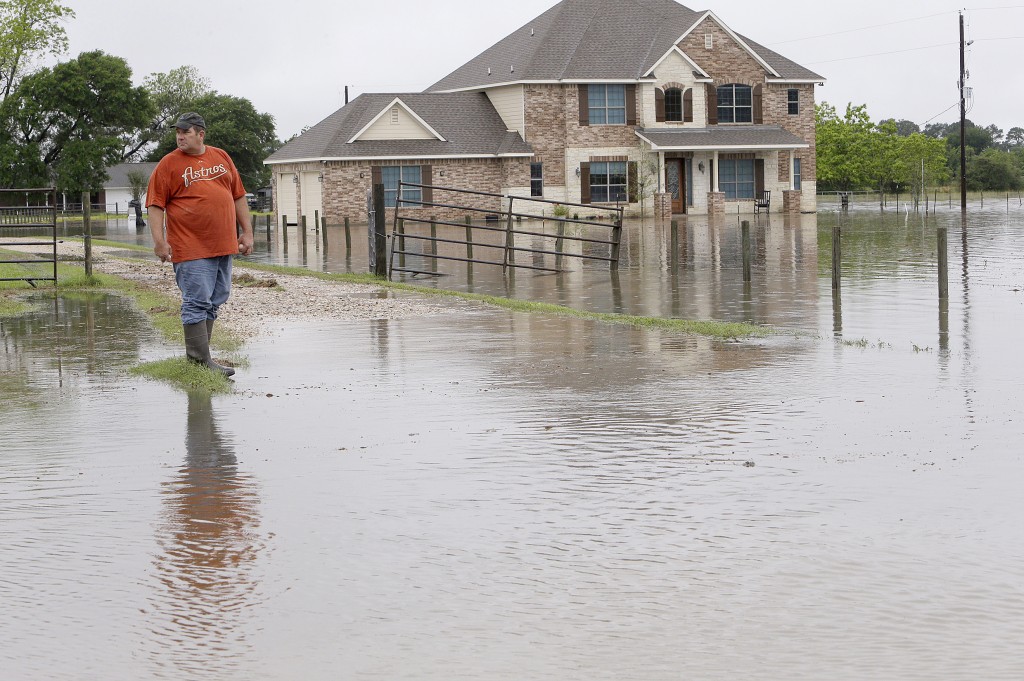 More than a foot of rain fell Monday in parts of Houston, submerging scores of subdivisions and several major interstate highways, forcing the closure of schools and knocking out power to thousands of residents who were urged to shelter in place.

Sylvester Turner, mayor of the nation’s fourth-largest city, told residents to stay home to fend off a weather system he called “stubborn.” More rain was projected over the next two to three days.

The Harris County Flood Control District reported 13 bayous and creeks out of their banks. Turner said seven bayous within Houston were topped.

No deaths or injuries were immediately reported.

Several shelters were established for people forced from their homes. At least 100 people taken from apartment complexes in the north part of the city were being sheltered at a shopping mall.

“There are areas of the city that have not flooded for a long period of time that have flooded,” Turner said.

“This is a rain even that’s very significant, no question about it,” he said. “Many of those homes haven’t flooded before.”

Classes were canceled for the Houston Independent School District’s 215,000 students, Texas’ largest public school district, and most other schools throughout the metropolitan area.

National Weather Service meteorologist Tom Bradshaw said about 70 Houston subdivisions flooded. At least two interstates – I-10, the main east-west freeway, and I-45, the major north-south freeway – were underwater near downtown.

Other major freeways, plus some feeder roads leading to the highways, were shut off by high water.

Emmett warned drivers that even if they were able to get through on the highways, “When it’s time to get off, you may not be able to.”

The storms were part of a wide weather system that left warnings and watches through Tuesday morning for Houston, Austin, San Antonio, Dallas, Fort Worth, Tyler-Longview and as far east as Texarkana.

Houston, at near sea level and known for its “gumbo” soft soil, is no stranger to flooding from torrential rains, tropical storms and hurricanes. Last Memorial Day, heavy rains caused severe flooding in the southwest parts of the city. Bayous there were quickly rising and the mayor urged residents to prepare for another round of floods.

The city reported more than 115 emergency water rescues by mid-morning Monday and evacuation of at least 30 apartment complexes.

CenterPoint Energy said nearly 110,000 of its customers were without power.

“This situation will remain … for much of the day,” the mayor said. “We’re asking people to exercise caution and common sense.”