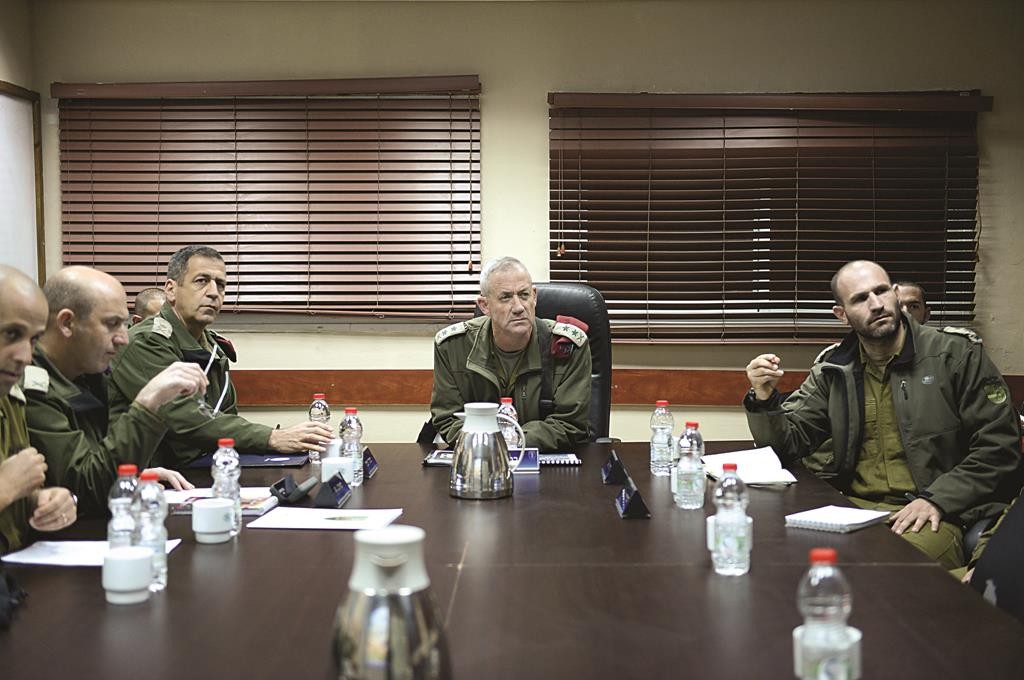 With Yitzchak Herzog under fire over an investigation of his election activities by police, the Zionist Camp party is shopping around for a new leader – preferably one that can win them an election, which Herzog failed to do last year. To that end, a group of party MKs have organized a drive to draft former IDF Chief of Staff Benny Gantz as new head of the party.

Makor Rishon reported Friday that Gantz, who left the IDF in 2015, is known for his left-center views, and would thus make a good leader for the party. A 2010 controversy in which Gantz was involved is not expected to derail his candidacy, the report said.

Gantz would not be allowed to run for the Knesset for about another year, because of Israel’s laws requiring a “cooling off” period for retired IDF officers to enter politics. However, there is no law against his heading the party in a non-legislative capacity.

Gantz has not publicly stated when or even if he is interested in entering politics.