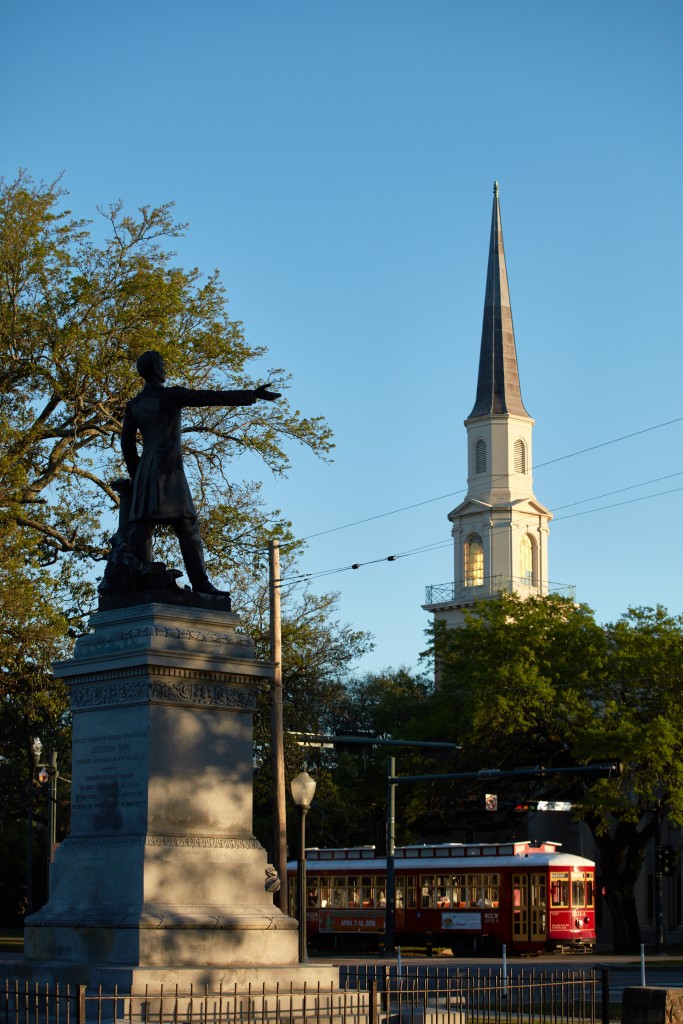 Last month, officials here held a special meeting for contractors interested in taking on a city job estimated at $170,000. That’s not typical. Neither were the concerns of the unidentified attendees:

Could they work at night or in the early morning, when they were least likely to draw protesters? Did they have to post signage with their company name while they worked? Would the city provide security if necessary?

The job was to haul off three Confederate monuments standing on public land, by order of the City Council. The fate of the massive statues has been a topic of increasing debate — civil and uncivil — in the courts and on streets here for almost a year. The businesses currently considering the job to remove them are understandably wary: In January, the company originally retained to do the work withdrew after the owner, his family and his employees said they had received death threats. Less than a week later, the owner’s 2014 Lamborghini Huracán, valued at $200,000, was found aflame in a company parking lot in Baton Rouge. It’s still unclear whether the events are related. No arrests have been made.

Then in February, the city removed a list of possible replacement contractors from its website after some reported receiving phone calls or emails that promised financial repercussions if they took the job. The city reported the threats to the FBI.

While those who want to preserve the monuments continue to press their legal options in federal courts and a recently introduced bill in the state legislature seeks to block the removal, New Orleans Mayor Mitch Landrieu is confident that the prominent statues of Confederate Gens. Robert E. Lee and P.G.T. Beauregard and Confederate States of America President Jefferson Davis will soon be removed from public view.

“If we’re going to have monuments on public spaces, they should represent who we are or who we want to be. … That’s as important as who we’ve been,” said Landrieu, noting the city will celebrate its 300th anniversary in 2018. “As we try to build a 21st century, knowledge-based city that can compete in an international economy, I’m clear that the future does not belong to small, sleepy Southern cities that revere the Confederacy.”

Preservation is not synonymous with reverence, says Jim Logan, a New Orleans lawyer who is on the board of the Louisiana Landmarks Society, one of four plaintiffs in a federal suit to block the city’s plan.

“These monuments have been up there for 100 to 150 years. They’re historic artifacts. I think few people would say they espouse the beliefs of the citizens of New Orleans today,” he said. “It’s trite to say that we need to remember history so we don’t repeat it, but it’s perfectly correct.”

The symbols of American history’s darkest chapter have been getting sharper scrutiny since last June, when nine black parishioners were gunned down in a Charleston, S.C., church. Dylann Roof, the white man charged in those slayings, who confessed to police that he wanted to start a race war, arrayed himself with Confederate symbols in photos he posted online. South Carolina took down the Confederate flag from its statehouse grounds several weeks later, and a heated debate has spread across the country about whether emblems and monuments honor a proud past, bear witness to violence and cruelty or glorify institutionalized slavery.

Last summer, an Alabama bill seeking to change the name of the Edmund Pettus Bridge — the Selma site of a bloody confrontation between civil rights protesters and police in 1965 — died in the state legislature. The proposal was to replace the former Confederate general and Ku Klux Klan leader’s name with “Journey to Freedom” signage. One African American congresswoman, Democrat Terri Sewell, argued against the change, saying it “would change the course of history and compromise the historical integrity of the voting rights movement.”

In Baltimore, a mayoral task force has recommended removing two Confederate monuments from public parks. One depicts Confederate Gens. Robert E. Lee and Stonewall Jackson. The other is a massive sculpture of Roger B. Taney, the fifth chief justice of the Supreme Court, who wrote the 1857 Dred Scott majority opinion that persons of African descent, free or enslaved, could never become citizens.

In Alexandria, Va., the City Council has asked an advisory group for recommendations on what to do about the nearly 50 streets named after Confederate generals and military leaders, as well as a statue of a Confederate soldier smack in the middle of Washington Street, a major thoroughfare through the historic city’s downtown.

In Austin, the University of Texas removed a 1933 statue of Jefferson Davis from its prominent spot outside the Austin campus clock tower in August, after withstanding a legal challenge from the Southern Legal Resource Center, which says its mission includes “advocating for the Confederate community.”

In New Orleans, which has gone the furthest in removing the monuments, the fight is particularly nasty. The first contractor began the project and pulled out on the same day, according to the letter the company’s attorney sent to the city after receiving “telephone calls, unkindly name-calling and public outrage . . . as well as other area businesses threatening to cancel existing contracts.”

Last week, the words “Take ’em down” appeared on two other monuments in New Orleans.

Opponents say taking them down is not what New Orleanians really want. They point to an October 2015 statewide phone poll on the issue sponsored by two New Orleans media outlets, WWL and the Advocate newspaper. Of 800 registered voters, 68 percent said they opposed the renaming or removal of the monuments. Less than 20 percent supported removal. The rest were undecided.

“Most people drive by these monuments every day, and they’re clueless about them. They don’t care. This was just meant to be political fodder,” said Pierre McGraw, founder and president of Monumental Task Force, a nonprofit group that has maintained the city’s statues for 26 years and has collected more than 30,000 signatures on a petition to keep the monuments.

Landrieu is the son of former New Orleans mayor Moon Landrieu, known for his role in desegregating local government as the city’s leader. Mitch Landrieu said it was also his father who, as a city councilman in the late 1960s, persuaded his fellow elected officials to remove the Confederate flag from the council’s chambers.

The Rev. Shawn Anglim, who helms the diverse First Grace United Methodist Church on the corner of Canal Street and Jefferson Davis Parkway, said he was unaware there was a monument to the Confederate president across the street from his church until 2012, when vandals spray-painted it after Trayvon Martin was shot and killed in Florida. Now, Anglim is a member of Clergy for a United City, a group of more than 175 spiritual leaders who want the monuments to come down.

“These symbols are hurtful. They continue to divide people as they were intended to do, and they will keep doing it in subtle and profound ways,” he said. “In town squares, we gather to unite, not to make some people feel unworthy.”

Richard Marksbury, the dean of the School of Continuing Studies at Tulane University, said he doesn’t believe that removing the monuments will make a difference.

“The swastika is not allowed in Germany. Does that mean there’s no anti-Semitism in Germany today? No. The movement goes underground,” he said. “People will just pick up some new symbol.”

If the Confederate monuments are removed, Marksbury asks, which statues and monuments will fall next? One of the city’s best known squares is named for President Andrew Jackson, a hero in the Battle of New Orleans during the War of 1812. He was also a slave owner who implemented the Native American removal policy known as the Trail of Tears.

“What’s the criteria for what’s offensive?” Marksbury asked. “If we just get a tractor and start pulling everything down, where does it end?”