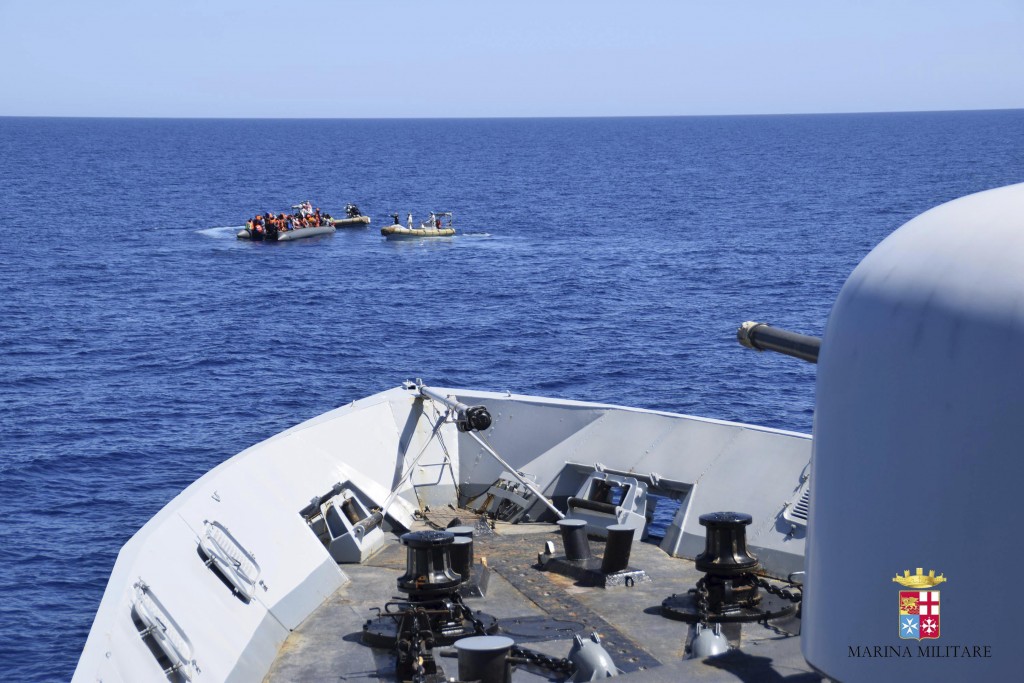 An amateur video that aired on Bulgarian media appears to show three migrants with their hands tied behind their backs and a group of vigilantes ordering them to return to Turkey. It is the latest case of private citizens taking matters into their own hands amid Europe’s migration crisis.

The migrants, carrying backpacks, are lying on the ground restrained with black zip ties. One of the men surrounding the trio tells them, “No Bulgaria. Go back (to) Turkey,” and that they should leave immediately. One of the migrants nods his head to indicate that he understands.

Prosecutors in the region near with the border with Turkey have launched an investigation over what they believe is a case of unlawful detention, which under Bulgaria’s criminal code is punishable by up to six years imprisonment.

It wasn’t immediately clear when the video was shot, but it appears to be in an area near the Bulgaria-Turkey border. It aired on multiple Bulgarian media stations on Monday, after the video first appeared on social media with a comment reading: “DETENTION OF MIGRANTS AND RETURN TO TURKEY.” It also said there was no need to call police and that “we are acting on our own!”

The vigilantes have remained anonymous, but the case has sparked a fierce debate on social media in Bulgaria between those who support and oppose the group’s actions.

Refugees frequently try to cross into Bulgaria through the country’s southern borders with Turkey and Greece. Bulgaria has erected a razor-wire fence along 95 kilometers (60 miles) of its 269-kilometer (167-mile) border with Turkey. There is no fence on the border with Greece, but army units have been deployed to help police patrol the frontier.

Vigilante groups, ostensibly formed to keep an eye out for migrants and refugees in several European countries, have made little real impact and there have been no reports linking them to violent incidents. Groups like the Soldiers of Odin in Finland and Sweden, and the Outlaw Army in Hungary, hang out in shopping malls and other popular places and have carried out patrols, claiming to be on the lookout for migrants. But they have been the ones occasionally stopped by police for background checks or to make sure they are unarmed.

In an open letter, the human rights group – the Bulgarian Helsinki Committee – called on authorities to refrain from encouraging volunteer squads.

On a similar note, Interior Minister Rumyana Bachvarova criticized the actions shown in the video, writing on social media that authorities now have to be wary “not only of those illegally crossing the borders, but also of those willing to abuse them either for money or for cheap and dangerous fame.”