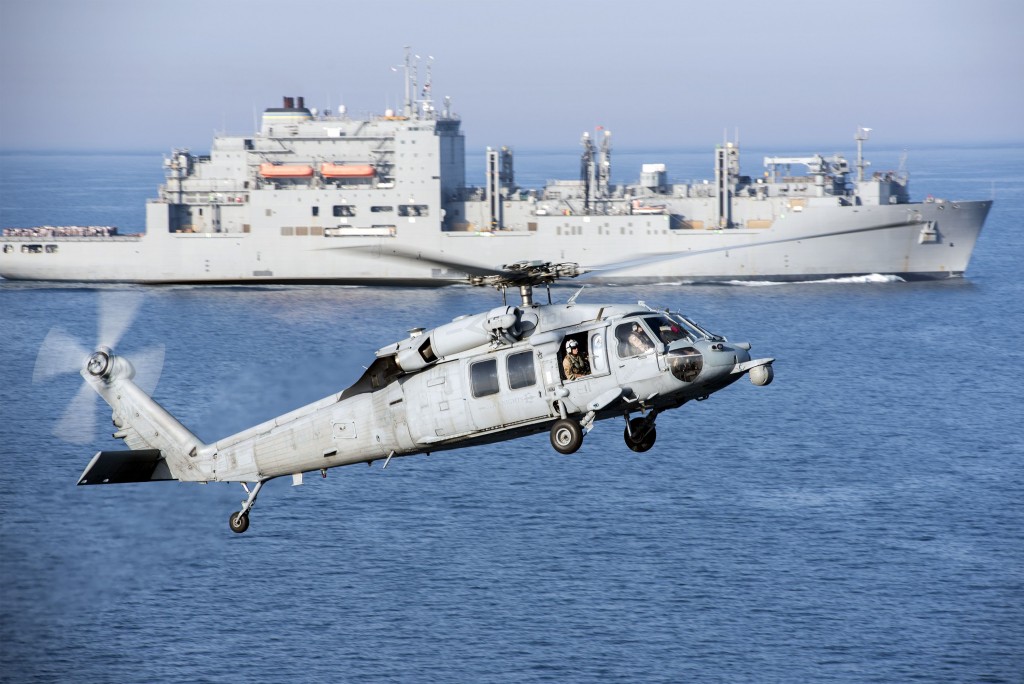 The U.S. Navy is leading a 30-nation maritime exercise across Middle Eastern waters which it says will help protect international trade routes against possible threats, including from the Islamic State and al-Qaida terror groups.

The exercise, which is partly being held in the Arabian Gulf, comes as tensions run high between Gulf Arab countries and Iran over its role in the region, including its support for President Bashar al-Assad in Syria’s civil war, for the Houthis in the Yemen conflict and for Hizbullah in Lebanon.

The International Mine Countermeasures Exercise (IMCMEX) started last Monday with a symposium in Bahrain where the U.S Navy’s Fifth Fleet is based, in part as a bulwark against Iran.

Vice Adm. Kevin Donegan, commander, U.S. Naval Forces Central Command, said on Saturday the exercise was designed to stop militants from causing disruption to shipping, as “we know that they want to disturb trade lines.”

“This region provides a strong training opportunity for nations worldwide as three of the six major maritime chokepoints in the world are here: the Suez Canal, the Strait of Bab Al Mandeb and the Strait of Hormuz,” Donegan said.

Secretary of State John Kerry had praised security cooperation with Bahrain on Thursday during a visit to the Gulf monarchy, calling it a “critical security partner.”

President Barack Obama will attend a summit in Riyadh on April 21 with the Gulf Cooperation Council states – Saudi Arabia, Kuwait, the United Arab Emirates, Qatar, Oman and Bahrain – on Iran’s role in the region.