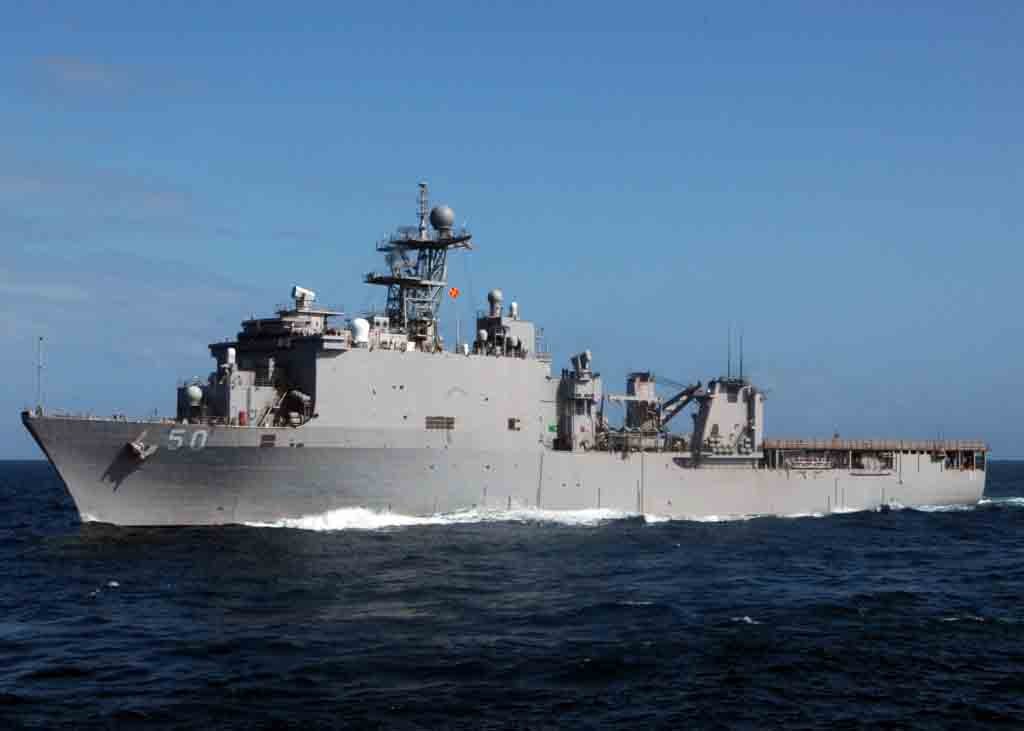 Navy and Coast Guard personnel are searching for a U.S. sailor who went missing from an amphibious ship off the coast of North Carolina, Navy officials said Sunday.

The sailor went missing about 4:20 p.m. Saturday from the USS Carter Hall, an amphibious dock landing ship. The vessel is taking part in training operations with the Eisenhower Carrier Strike Group in preparation for a future deployment.

The incident occurred near Cape Hatteras, northeast of Camp Lejeune, N.C. The water temperature in that region is about 65 degrees, according to information gathered by the National Oceanic and Atmospheric Administration. It takes several hours for hypothermia to set in at that temperature, according to a Coast Guard assessment.

Few details were immediately available. Navy officials said they will release the sailor’s name once his or her family is notified.