National Navy Will Spend $81.4B on Ships, Subs Through 2021
National 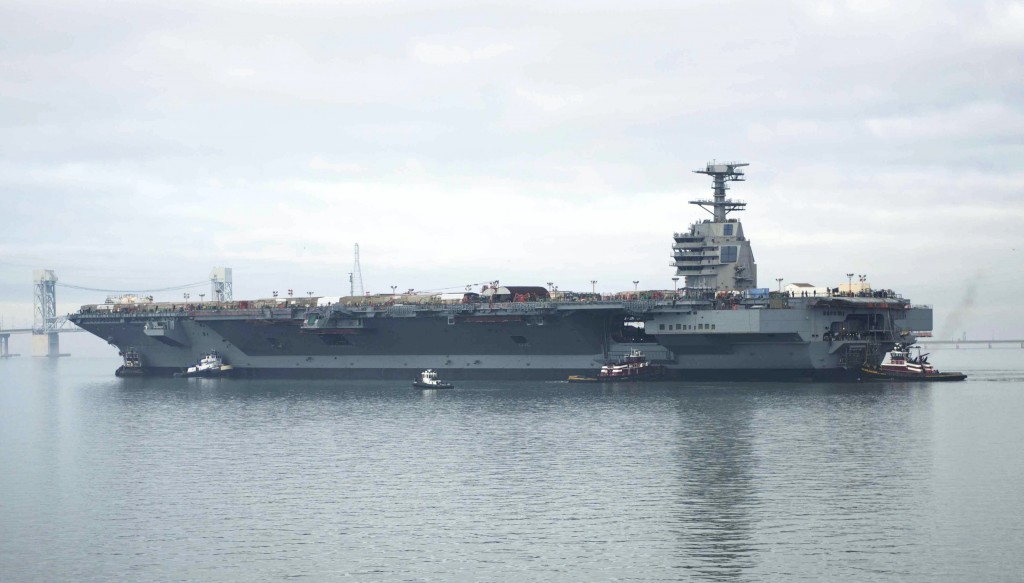 The U.S. Navy will seek $81.4 billion to buy 38 warships, submarines and support vessels in the next five years, according to new budget figures from the service.

The dollar size of the proposal for fiscal 2017 through 2021, which Assistant Secretary for Acquisition Sean Stackley is outlining Wednesday to a Senate Armed Services Committee panel, is largely in keeping with last year’s five-year plan. But it cuts 10 vessels, including previously announced reductions to the troubled Littoral Combat Ship.

Still, the plan will provide reassurance for Huntington Ingalls Industries Inc., General Dynamics Corp., Lockheed Martin Corp. and Austal Ltd. The five-year figures are of value to investors and analysts who follow shipbuilding companies and their subcontractors, such as Raytheon Co., which specializes in maritime combat electronic systems and self-defense systems. It’s also of note to lawmakers who represent the primary shipbuilding states – including Virginia, Maine, Alabama, Mississippi and Connecticut – and to unions in the industry.

Separately, Stackley disclosed that the USS Gerald R. Ford aircraft carrier – the most expensive warship ever at a projected $12.9 billion – will be delivered in September, one year later than was projected in 2014 and two years later than the original schedule.

The new Navy plan proposes bankrolling one new frigate each in fiscal 2019 and 2020 and two in 2021, for a total of $3 billion. These are the first of as many as eight better-armored and more survivable versions of the Littoral Combat Ship that Defense Secretary Ash Carter and his predecessor Chuck Hagel directed to be built.

The Navy plans to hold a competition for the frigate program, selecting between Lockheed and Austal, which both currently build versions of the Littoral Combat Ship.

The five-year plan also updates funds earmarked to start work on replacing the Ohio-class nuclear missile submarine. The service plans to spend $9.25 billion through fiscal 2021, up from the $5.7 billion it planned to spend through 2020 in last year’s plan. The boost comes from $3.6 billion earmarked in 2021 to begin construction. The Navy last week announced that General Dynamics will be the prime contractor, with Huntington Ingalls the subcontractor.

General Dynamics will receive a contract later this year to produce the diagrams, drawings and information necessary to start construction.