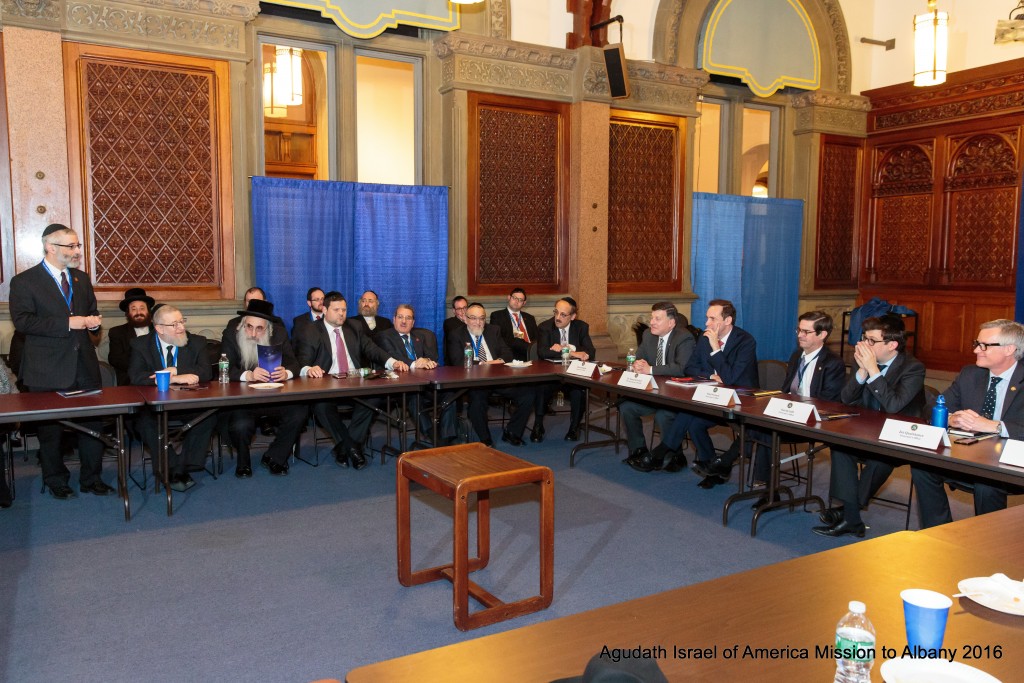 Included in the New York State budget for the coming fiscal year, finalized on Friday in Albany, were allocations of $72.5 million in additional funding for nonpublic schools across the state. These included allocations that had been on the list of priorities for Agudath Israel of America and other advocates for the nonpublic school community: mandated services and CAP ($60 million), safety equipment for nonpublic schools ($10.5 million), and $2 million in funding to support the establishment of the State Office of Religious and Independent Schools within the State Education Department. This is in addition to ongoing funding for a variety of programs from which the state’s nonpublic schools have benefited over the years.

As students in Jewish schools comprise approximately 1/3 of the nonpublic school population in New York State, it is anticipated that 1/3 of these funds will be made available to Jewish schools.

Absent from the budget, however, is any funding for the issue Agudath Israel and other nonpublic school advocates have placed at the top of their agenda: Education Tax Credits.

“The outcome of this year’s budget process must be considered a mixed bag,” according to Rabbi Chaim Dovid Zwiebel, Agudath Israel’s executive vice president. “We of course appreciate the funding for safety equipment for nonpublic schools and the increases in reimbursements of Mandated Services and CAP – these are very important and we are very grateful. And for those of us who deal with the State Education Department on an ongoing basis, having a dedicated Office for Religious and Independent Schools will make a real difference in accessing services for our yeshivos. We are, however, disappointed at the absence of any form of education tax credits.

“Agudath Israel will continue to battle for the interests of yeshivos, the most precious communal asset we have.”