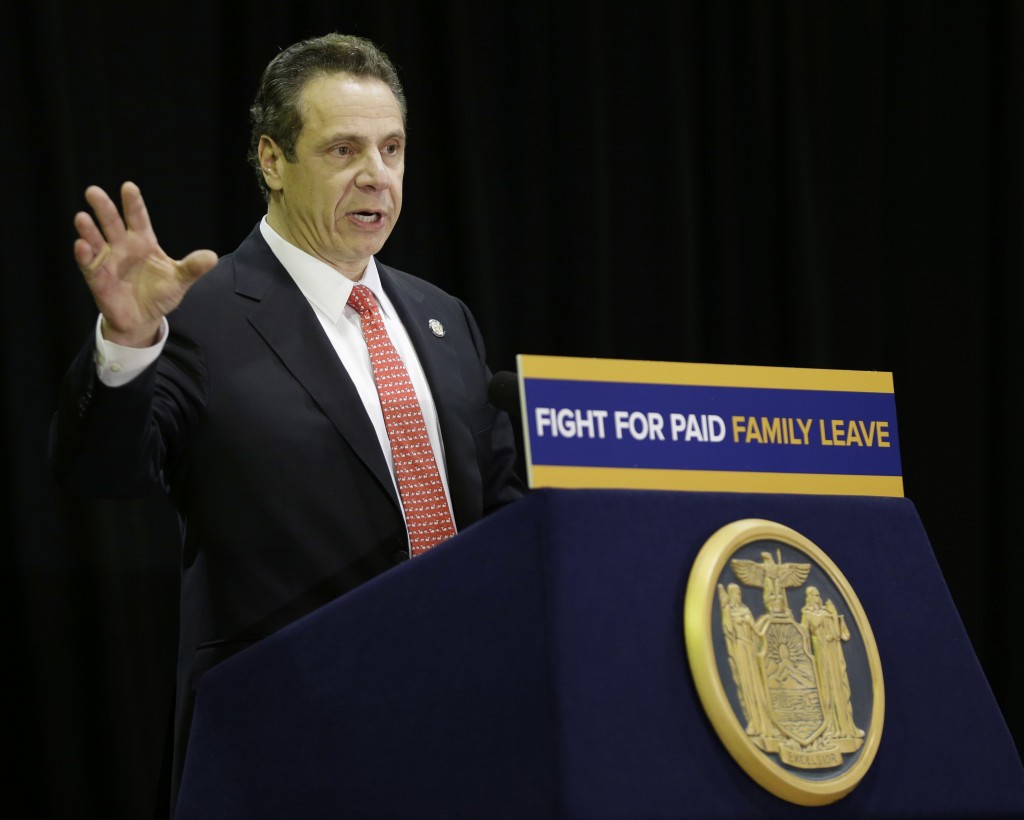 A plan to raise New York’s minimum wage to $15 is getting most of the attention around the country, but there’s plenty of other big ideas in a new state budget approved by state lawmakers Friday.

Paid family leave, a middle-class tax cut and big investments in public education and transportation are some of the other details in the massive spending plan, which was negotiated by Gov. Andrew Cuomo and top lawmakers.

The state’s minimum wage will go from $8 to $15 over three years in New York City — though businesses with fewer than 10 employees will get four years — and over six years on Long Island and in Westchester County. Upstate the math is a little fuzzier, with the wage increasing to $12.50 over five years, and then increasing to $15 based on a timeframe to be worked out by state labor and budget officials, and based on economic indicators.

Cuomo had wanted a shorter, simpler phase-in outside of New York City, but Senate Republicans wanted to give businesses more time to absorb the higher labor costs.

“This is a proposal that can pass, which by definition makes it a better proposal,” Cuomo said when a reporter asked whether he preferred his original plan. “This is the art of compromise.”

When fully phased in, the wage hike is expected to help 2.3 million workers. Supporters argued the raise will reduce workers’ need for public assistance and boost spending in local economies.

Business groups said the changes weren’t enough, and that businesses, particularly upstate, will be forced to raise prices, cut positions or turn to automation.

In an effort to offset the wage hike, Cuomo and lawmakers agreed to a middle-class tax cut for New Yorkers with an income between $40,000 and $300,000. The cut will gradually reduce income tax rates for those brackets, reducing taxes by $4.2 billion when it’s fully phased in in 2025.

Starting in 2018, New York workers will become eligible to take paid time off to care for a new child or sick relative. The benefit, which will top out at 12 weeks, will be funded by worker payroll contributions that will cost from 70 cents a week up to $1.40.

“This is history in the making,” said Debra Ness, president of the National Partnership for Women & Families, who estimated that 6.4 million workers in the state are currently without an employee-sponsored paid family leave benefit.

The budget contains $24.8 billion for public schools, an increase of $1.5 billion. It also eliminates a recession-era clawback of some aid that hit suburban districts the hardest and provides greater help for schools in poor districts. Spending on charter schools will increase.

More than $21 billion will be set aside for highways, bridges and airport upgrades and another $2 billion will go toward the Thruway and the construction of the new Tappan Zee Bridge.

WHAT WAS LEFT OUT

Despite a wave of corruption that has seen more than 30 lawmakers leave office facing criminal or ethical allegations, lawmakers again opted not to include proposals to address ethics in the budget. Some ideas proposed this year included restrictions on how much lawmakers can make from outside jobs, and the elimination of a campaign finance loophole that allows limited liability companies to funnel huge amounts of cash into state politics with minimal disclosure.

Assembly Speaker Heastie said there will be time to consider ethics reforms still this year, before lawmakers adjourn in June.

Another thing largely missing from this year’s budget? Transparency. Even by Albany standards, there were few chances for the public — or even rank-and-file lawmakers — to understand what was in the spending plan before it went to a vote. The Legislature even began voting on pieces of the budget before the entire proposal was written.

Key components such as the minimum wage hike and the tax cut were worked out behind closed doors by Cuomo, Heastie and Senate Leader John Flanagan, a Long Island Republican, and announced late at night, only hours before they were voted on.

“This entire process has been a complete and utter embarrassment,” said Assemblyman Ray Walter, R-East Amherst.

Workers — particularly in New York City — are the big winners, with the minimum wage bump and paid family leave, two long-time priorities for Democrats and organized labor. Business owners, however, will have to contend with what they say will be big increases in labor costs.

Cuomo’s top two priorities — paid family leave and the minimum wage — made the final cut, though Senate Republicans managed to win concessions in the wage hike. Assembly Democrats defeated proposals from Cuomo to shift hundreds of millions of dollars of Medicaid and higher education costs to New York City. The Senate GOP succeeded in including a big tax cut and eliminating the education clawback, a longtime goal.