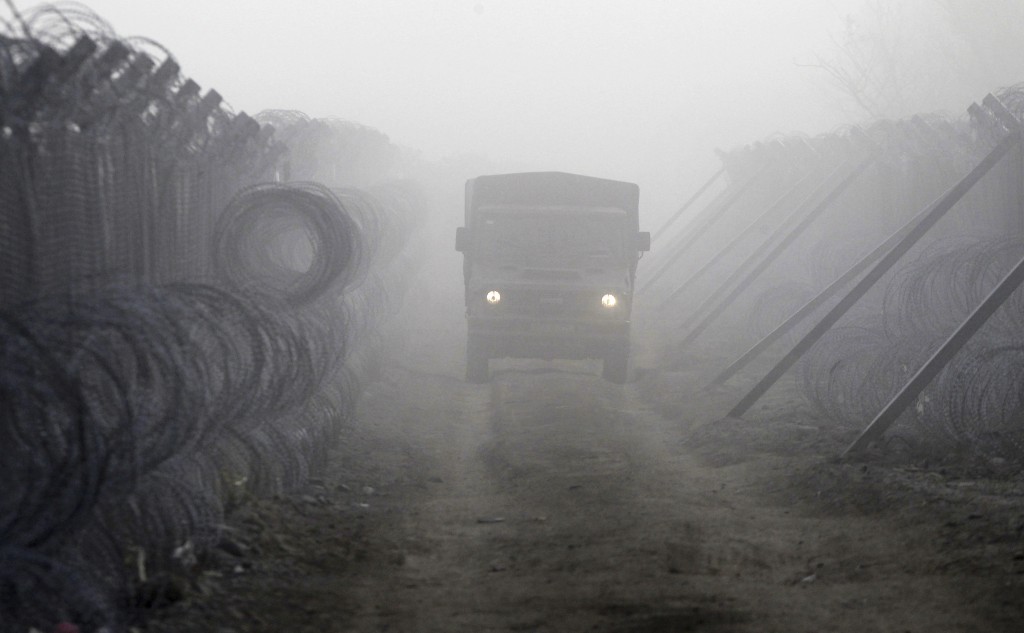 Authorities on the Greek island of Chios say five people were injured and treated in hospital following clashes between Syrian and Afghan migrants at an overcrowded detention camp.

The clashes early Friday are the latest in a series of violent incidents at shelters and gathering points across Greece, where more than 50,000 migrants and refugees are stranded following Balkan border closures supported by the European Union.

Greece has been detaining migrants who arrived after March 20 and will begin deporting them back to Turkey next week, under an EU-Turkey agreement on migration.

The deportations will start with migrants with asylum claims considered inadmissible — a group likely to include citizens of Afghanistan.

Both Athens and Ankara must amend their legislation to permit the start of a scheme – denounced by the U.N. refugee agency and rights groups – to send back all migrants who crossed to Greece after March 20.

The policy is meant to end the uncontrolled influx of refugees and other migrants in which more than a million people crossed into Europe last year.

EU border agency Frontex will coordinate the logistics after Greek authorities decide on individual cases. An EU official said it would have ferries, police officers and other escorts ready on Monday for the short trip, most likely from the Greek island of Lesbos to Dikili in Turkey.

Greece, which started evacuating hundreds of people stranded in Athens’ Piraeus port on Thursday, submitted to parliament an asylum amendment bill on Wednesday. Brussels said it had assurances from Athens that it would be passed this week.

But it does not explicitly designate Turkey as a “safe third country” – a formula to make any mass returns legally sound – and a senior official of the United Nations High Commissioner for Refugees said that change did not remove its concerns about protecting the rights of asylum seekers.

“Our concerns regarding legal safeguards remain unchanged and we hope that the Greek authorities will take them fully into consideration,” UNHCR Europe director Vincent Cochetel said.

A European Commission spokeswoman, Natasha Bertaud, said the Greek government had put to parliament “the necessary legal provisions to allow for the return to Turkey of asylum seekers whose requests have been declared inadmissible.”

Turkey had confirmed its intention to introduce the legal changes by the target date of April 4, she said.

These include ensuring protection, in line with the Geneva Convention on refugees, for Syrians who are sent back there as well as those who enter Turkey from Syria. Bertaud did not say what Ankara planned to do about non-Syrian migrants.

But a person familiar with EU-Turkey preparatory talks said it was doubtful whether the Turkish authorities would be willing to introduce any legal protections for non-Syrians.

The UNHCR and non-government organizations have pulled out of reception camps for migrants on the Greek islands because of their opposition to detaining asylum seekers.

The Greek bill does not name Turkey, but Bertaud said that was not essential provided rules were in place allowing people to be sent back to a “safe third country” or a “safe first country of asylum,” and each case was examined individually.

EU officials said the formula was devised to get around unease among lawmakers in Greece’s ruling Syriza party at declaring Turkey safe when it is waging a military crackdown on Kurdish separatists and is accused of curbing media freedom and judicial independence.

Asked why Turkey was not mentioned, Greece’s alternate minister for European affairs, Nikos Xydakis, told To Kokkino radio: “It cannot be in a law, because the examination of each application for asylum will be on a case-by-case basis. That is the safety trigger under international refugee law. Each person is a special case.”

Greece sought political cover from its European Union partners at an EU-Turkey summit two weeks ago, requesting that the EU collectively declare Turkey a “safe third country.” But several member states refused due to the same rights concerns.

Dimitris Christopoulos, a vice president of the International Federation for Human Rights, told Reuters: “Fortunately the government did not give in to some EU member states demands. It is in the right direction that Turkey is not recognized as a safe third country in the bill.”

“What will happen is that Turkey will be de facto a safe country since those seeking asylum will be returned there.”