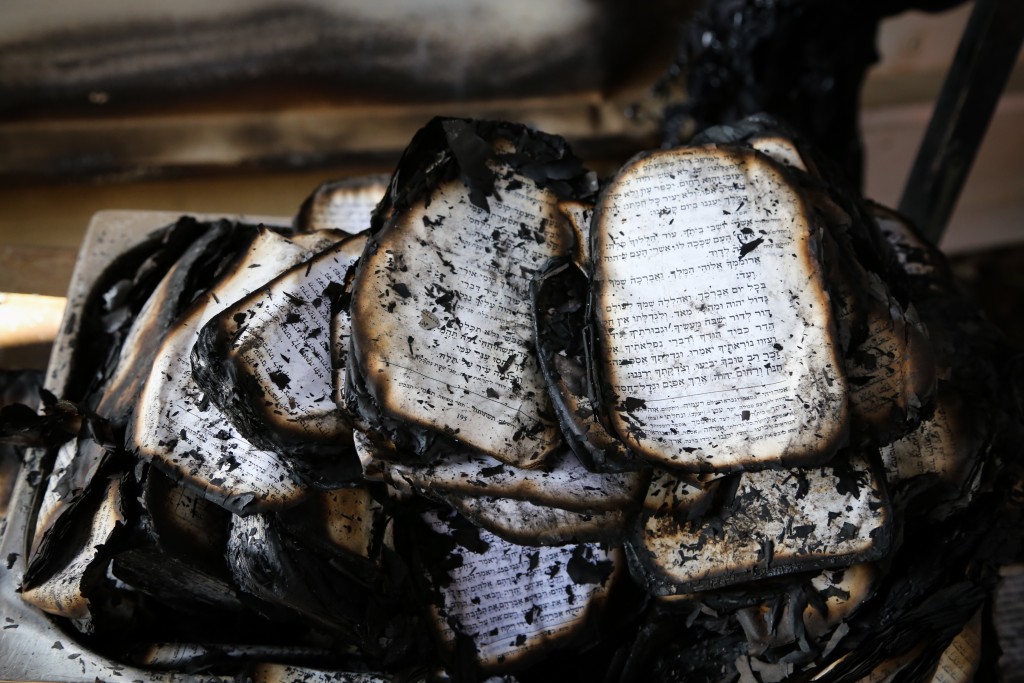 The Civil Administration on Wednesday night demolished a shul in the community of Carmei Tzur in Gush Etzion, built on the site of another shul that was burned down by arsonists in February. That shul, housed in a temporary structure in the Givat Soreq area on the periphery of Carmei Tzur, was established last year in memory of the three teens murdered by Hamas – Naftali Frenkel, Gilad Shaer, and Eyal Yifrach, Hy”d, in June 2014 – that was an impetus to Operation Protective Edge. The building sustained heavy damage, and many sefarim and siddurim – including a sefer Torah – were burned in the fire.

According to Civil Administration officials, the shul – both the new one and the old one – were built without permits. Residents and supporters of the shul called the move “unbelievable” and “laughable.”

“We thought that after the arson they would leave this building alone, but apparently that is not the case,” Yehuda Wald, a resident of Carmei Tzur, told the NRG news site.

The February arson badly damaged the structure, and congregants said that Arab arsonists had taken the sefarim and placed them in a pile and set fire to them. Residents noted that Arabs have set fires to the shul in the past. IDF troops began a search for the culprits, centering on the village of Halhoul. No suspects have been arrested yet.

Israeli officials demanded immediate international condemnation of the incident. In a statement after the fire, Prime Minister Binyamin Netanyahu said that Israel “would bring those responsible for this hate crime to justice. I expect the international community to condemn this desecration of a shul.” In a statement, President Reuven Rivlin said that “the sight of the desecrated sifrei Torah was so depressing. The hurt is even worse, as the sefer Torah and the shul were dedicated to the memory of our boys who were murdered by the cruel terrorists. I am relying on security forces to bring these terrorists to justice quickly.”

Defense Minister Moshe Yaalon said at the time that “the sight of the destroyed holy books and the destroyed shul are shocking. Those who educate their youth to hate Jews are responsible for this. The defense establishment will find these arsonists, and we will know what to do with them.”

However, Carmei Tzur residents pointed out the irony of Wednesday night’s demolition by the Civil Administration – which is headed by none other than the defense minister. “We had heard in recent days that the government wanted to demolish the synagogue, but we didn’t believe they would go through with it after what happened. This is not the centerpiece of a new outpost or neighborhood – we just set up this shul here because it overlooks the place where the three youths were killed.”

“I cannot understand the thought process of the defense minister – in the end, this was his decision,” said Wald. “Is this the burning issue of the moment – destroying the shul in Carmei Tzur? There are so many illegal Arab buildings around here that no one bothers with. Just a few weeks ago, all the politicians condemned the destruction of the shul, and now they are doing it themselves. The message to the Palestinians is don’t bother burning down our shuls – we will do the destruction ourselves.”