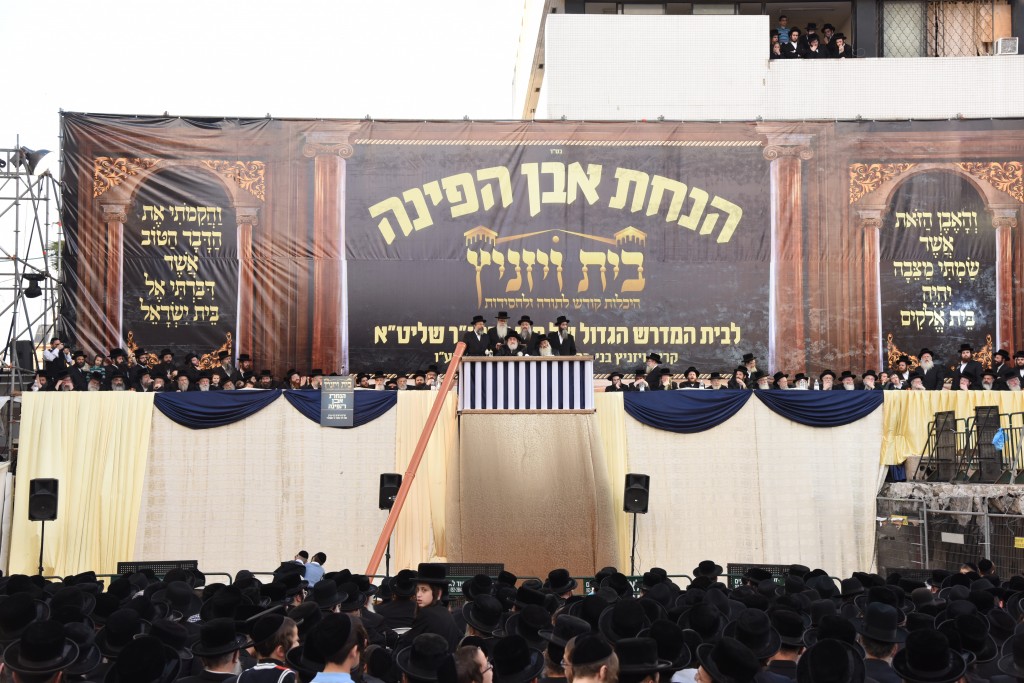 Thousands of Vizhnitzer chassidim gathered Tuesday in Bnei Brak, to take part in the historic hanachas even hapinah (cornerstone laying ceremony) for the new and expanded sections of the Vizhnitzer beis medrash in Kiryat Vizhnitz in Bnei Brak.

The ceremony, led by the Vizhnitzer Rebbe, shlita from Eretz Yisrael, was held near the construction site of the expansion of the beis medrash, and was also attended by many Rebbes and Rabbanim.

The Rebbe, shlita, gave an emotional speech at the event, noting that this was the expansion of the beis medrash of his grandfather the Imrei Chaim, zy”a, and his father the Yeshuos Moshe, zy”a, whose fourth yahrtzeit was marked Tuesday night, 20 Adar.

The joyous event concluded with a spirited and uplifting dancing and a tefillah, “Bnei Beischa kvatchilah.”