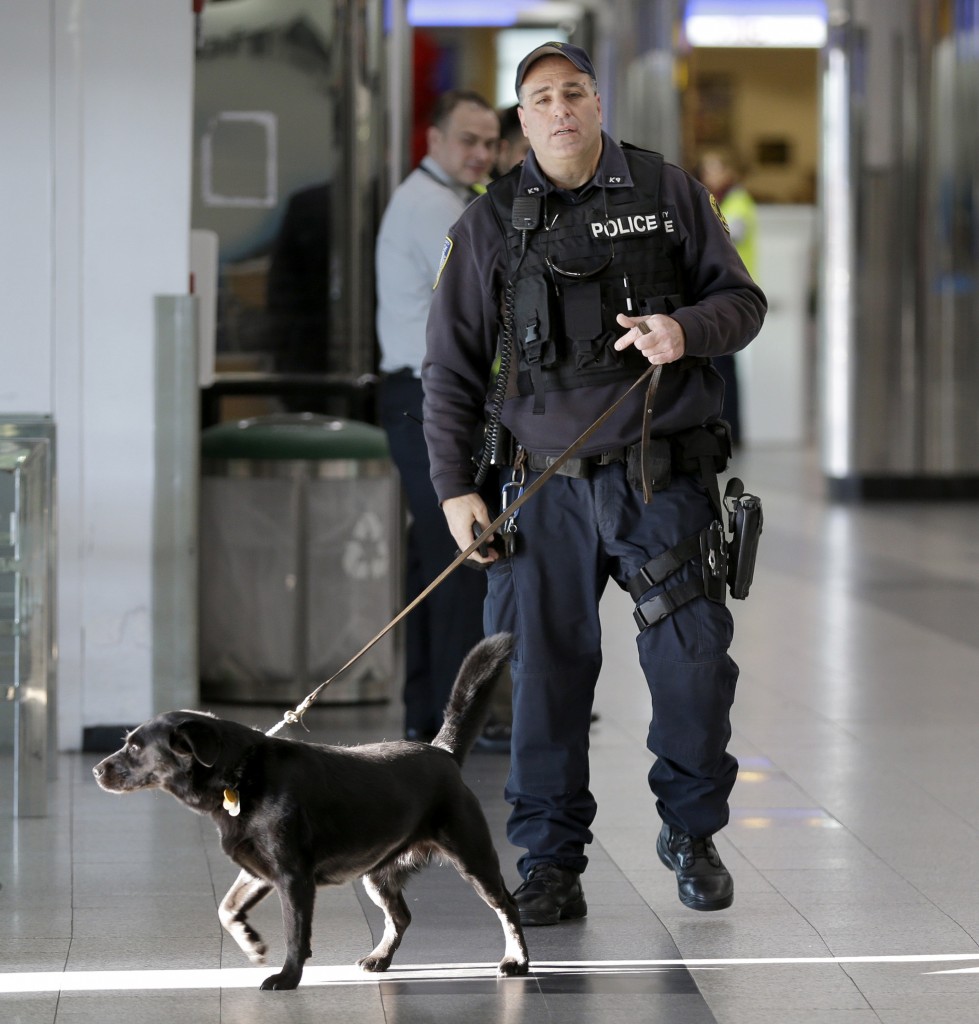 Even in an era of high-tech crime-fighting, the best line of defense against a Brussels-style attack on airports and subways has four legs and a tail.

Dogs, with their exquisitely sensitive noses, have been trained in recent years to pick up the scent of explosives on people moving through crowded concourses, and so far they have proved a better early warning system than anything engineers have come up with.

“They outperform both men and machines,” said James Waters, chief of the New York City Police Department’s counterterrorism unit, which just this week graduated its latest squad of dogs capable of following the vapor from explosives such as the terrorist bomb-making material of the moment, TATP.

But experts say there are not enough of these “vapor wake” dogs to go around. Only about 130 have gotten the patented training nationwide since its development about a decade ago. And only one dog is in Europe, according to the chief trainer.

For security reasons, NYPD won’t say how many of these dogs it has to cover the nation’s largest subway system, with more than 400 stations and millions of riders.

New York’s department already has 36,000 officers, employs counterterrorism analysts, has created specialized counterterror units and uses a highly sophisticated computer system linked to surveillance footage that can spot a bag sitting for too long. It also has 100 other dogs, including traditional bomb-sniffers and drug dogs.

But the threat is changing — Islamic State terrorists are using small devices in crowded areas, as seen in the airport and subway attacks in Belgium that left 31 people dead.

The NYPD’s newly graduated class of eight “vapor wake” dogs underwent 15 months of training to sniff out explosive particles in the heat plume left by humans as they walk through a crowd, then follow the scent to the source. They’re different from traditional bomb-sniffing dogs trained to smell a stationary object.

A dog has 200 million olfactory sensors in its nose. By contrast, the human nose has 5 million. Even though dogs get tired and distracted, no technology can match one, officials say.

One that may come close is under development at the University of Rhode Island, where professor Otto Gregory created an electronic sensor designed to continuously monitor an area, unlike a quick swab of a hand or luggage, for vapors from explosives. The sensor hasn’t been deployed in any real-world scenarios yet. But one advantage is that it doesn’t need training or breaks, as dogs do.

“Think of it as an electronic dog’s nose that would run 24/7,” said Gregory, a chemical engineering professor.

Other animals with sophisticated olfactory ability could theoretically be used, including elephants and even rats. But the canine’s special social relationship with humans makes it uniquely suitable.

Dog trainers generally say Labrador retrievers are best because they are social and not aggressive. Spaniels, German pointers and other breeds are also used.

“They have an incredible capability for the detection of hazardous chemicals. But even the canine, we look at it as a technology, and over the years the instrumentation has advanced, the proactive nature of dogs has advanced and is still advancing,” said Paul Waggoner of Auburn University’s veterinary school, which pioneered the vapor wake training.

Because of the rising threat of suicide bombings, demand for the dogs has outstripped supply. Since January, there have been orders for 36 more, said Paul Hammond of AMK9, the security firm that works with Auburn to train the animals.

They cost about $49,000 each and are licensed for a year, after which they are retrained to account for terrorists’ changing tactics.

“The threat is changing and these animals are really at the forefront of detection,” he said.