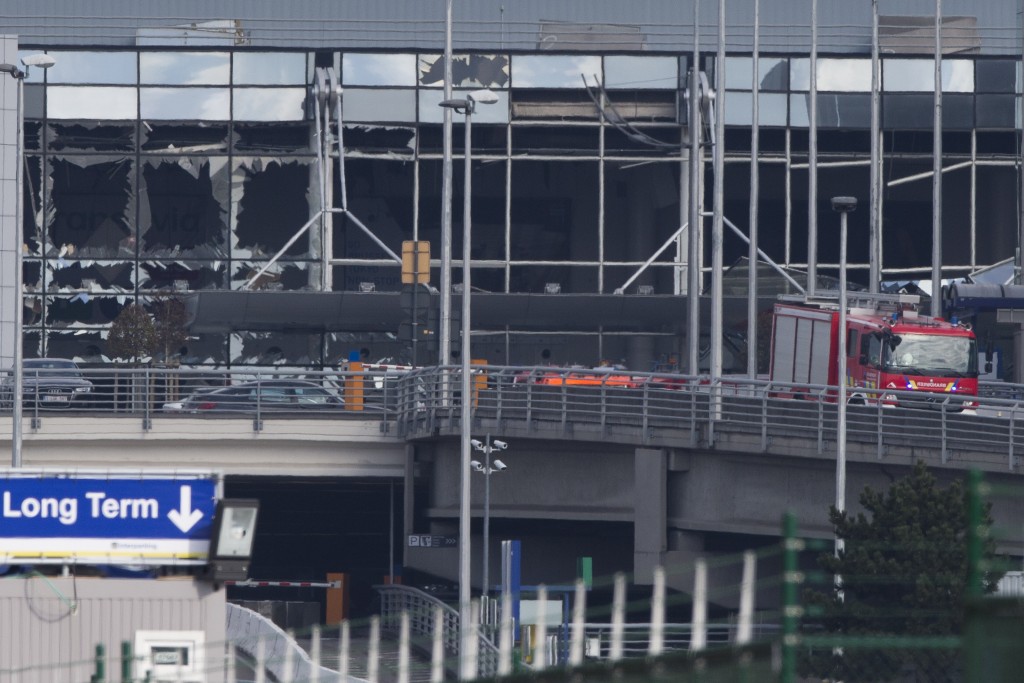 The Belgian government warned at the weekend that there might be an attack after the security services captured their most wanted man. It came swiftly.

Belgium has announced 400 million euros ($450 million) of extra spending to upgrade its security capabilities since it emerged that the country of 11 million people served as the base for the Paris attackers who killed 130 people. But Tuesday’s bombings at home show how much further it still has to go.

Security experts say squabbling layers of government, under-funded spy services, an openness to fundamentalist preachers and a thriving black market in weapons all make Belgium among the most vulnerable countries in Europe to terror attacks.

Catching Paris terror attack suspect Salah Abdeslam on Friday was a coup for Belgium’s security services. But his four months apparently hiding and moving about the capital were also proof of how difficult the task of securing Belgium is likely to be.

It is still too early to say whether Tuesday’s attacks were directly linked to Abdeslam’s capture. U.S. officials believe they may have been already in the works before his arrest, and was not highly sophisticated or the type of attack that required a huge amount of ingenuity.

Nevertheless, Prime Minister Charles Michel, who had locked down the capital for days in November after the Paris attacks, warned on Sunday of “a real threat.”

U.S. government sources said that, while the United States and Belgium had believed that another attack after Paris was highly likely, they did not have hard intelligence about where or when such an attack would occur.

Reviving arguments over Belgian policies in the wake of the Paris terror attacks, in which 130 people were killed in an operation apparently organized from Brussels, French Finance Minister Michel Sapin spoke of “naivete” on the part of “certain leaders” in holding back from security crackdowns on Muslim communities.

A lawmaker from Michel’s party, Didier Ducarme, hit back on French media. He said comments like Sapin’s “are starting to seriously irritate me” and noted that it was a France-based terrorist who killed four at Brussels’ Jewish Museum in 2014.

Catching up after years of neglect was always going to be a problem for Belgium’s intelligence agency, which has just 600 staff, a third as many as in the neighboring Netherlands, a country not much larger and with fewer home-grown jihadists fighting in Syria or Iraq.

Belgium has supplied the highest per capita number of fighters to Syria of any European nation, and the crowded Brussels borough of Molenbeek has been described as a “Jihadist air base” because of the number of terror suspects believed to be living there.

To follow a single suspect around 24 hours a day without being detected, security agencies need crews of as many as 36 officers, U.S. and European officials estimate, meaning even well-staffed agencies such as Britain’s MI5 can only closely follow a limited number of suspects at any particular time.

According to Alain Winants, head of the Belgian intelligence service from 2006 until 2014, Belgium was one of the last places in Europe to obtain modern techniques to gather information, such as telephone taps. On one occasion, police had to deny they let Abdeslam slip due to a law banning house raids at night.

Michel has already said he accepts more is needed. It is impossible for any country to completely secure “soft targets” like busy railway stations and airports. But Belgium also has unique challenges.

The patchwork country divided between French- and Dutch-speakers has a bureaucracy that hinders the sharing of information, with six parliaments for its regions and linguistic communities, 193 local police forces and, in Brussels, 19 autonomous mayors.

That allows terrorists to hide below the radar in a way they cannot in the much more centralized Netherlands, as well as slowing the passing of new laws to rein in the preaching of hate in mosques and a roaring trade in illegal weapons.

Nearly 6,000 firearms are seized every year in Belgium, more than in all of France, police data shows, often sold by Balkan crime networks to home-grown Belgian terrorists.

Belgian authorities have been accused of neglecting Muslims and failing to help find jobs to shield them from people seeking to radicalize desperate young men. Youth unemployment can reach up to 40 percent in some parts of wealthy Belgium.

“Because of the difficulty of fitting into a hostile society, they look for alternative networks where they can blend in,” said counter-terrorism expert Rik Coolsaet at the Brussels think-tank Egmont. “Gang activities and the foreign fighters’ undertakings are carried out on the margins of the local environment, where they grew up,” Coolsaet said.

Just a few miles from the power of the headquarters of NATO and the European Union, but effectively a world away, Molenbeek on the poorer side of the city’s industrial-era canal has become a notoriously difficult place to track terrorists.

Abdeslam was able to vanish into the streets of Molenbeek, some quarters of which are 80 percent Muslim, for four months, protected by family, friends and petty criminals, not far from his parents’ home.

Some problems go back to the 1970s, when Belgium, still heavily industrial at the time, sought favor and cheap oil from Saudi Arabia by providing mosques for Gulf-trained preachers.

European officials acknowledge that no amount of quick funding increases for Belgium’s intelligence services will immediately solve the multitude of challenges.

“We know that it will take a long time,” said General Gratien Maire, deputy head of the French defense staff, said at an event in Brussels on Sunday.

“So we have to be honest and clear with our people.”