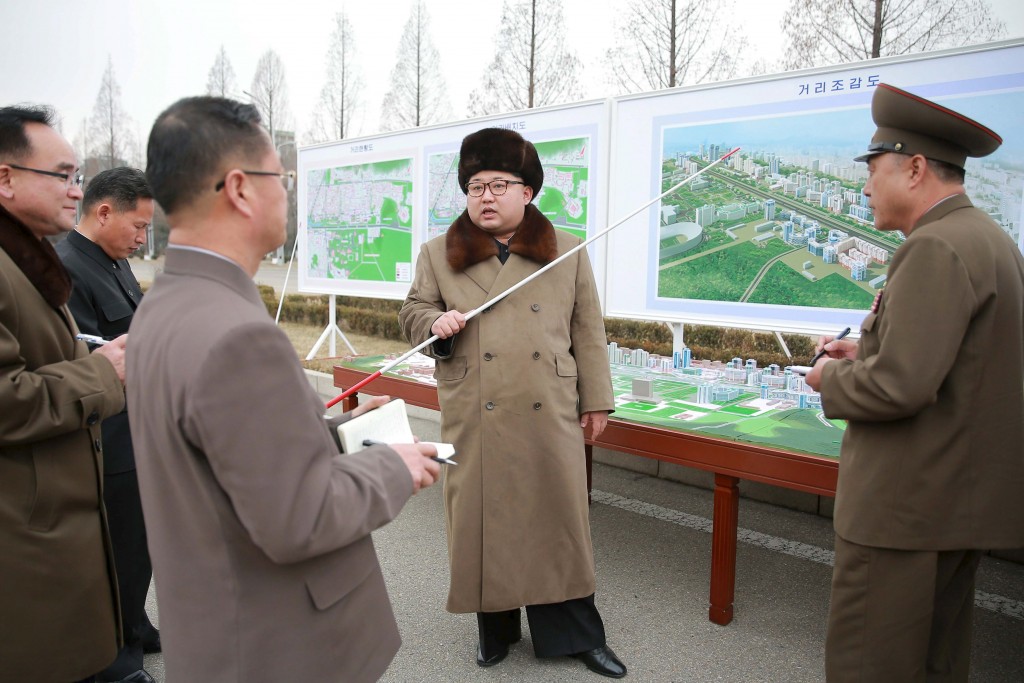 North Korea fired at least one ballistic missile on Friday, which flew about 800 km (500 miles) before hitting the sea off its east coast, South Korea’s military said, as the isolated state stepped up its defiance of tough new U.N. and U.S. sanctions.

South Korea’s Yonhap news agency said the missile was likely a medium-range Rodong-missile. If confirmed, it would mark North Korea’s first test of a medium range missile, capable of reaching Japan, since 2014.

The launch comes amid heightened tension on the Korean peninsula after the North rejected U.N. Security Council sanctions imposed earlier in the month in response to a nuclear test conducted in January and the United States issued fresh sanctions this week.

The missile was launched from north of the capital, Pyongyang, flying across the peninsula and into the sea off the east coast early Friday morning, the South’s Office of the Joint Chiefs of Staff said in a statement.

It appeared the North may have fired a second missile soon after from the same region, with a projectile disappearing from radar at an altitude of about 17 km, it added.

South Korea did not confirm the type of the missiles. But 800 km was likely beyond the range of most short-range missiles in the North’s arsenal. The North’s Rodong missile has an estimated maximum range of 1,300 km, according to the South’s defense ministry.

A U.S. official told Reuters in Washington that it appeared to be a medium-range missile fired from a road-mobile launcher.

The U.S. State Department said in a statement it was closely monitoring the situation and urged North Korea to focus on taking concrete steps toward fulfilling its international commitments and obligations.

“Japan strongly demands North Korea to exercise self-restraint and will take all necessary measures, such as warning and surveillance activity, to be able to respond to any situations,” Abe said.

North Korea often fires missiles at periods of tension on the Korean peninsula or when it comes under pressure to curb its defiance and abandon its weapons programs.

New U.S. sanctions on Pyongyang were issued on Wednesday aiming to expand its blockade by blacklisting individuals and entities that deal with the North’s economy.

The North has also reacted angrily to annual joint military drills by U.S. and South Korean troops that began on March 7, calling the exercises “nuclear war moves” and threatening to wipe out its enemies.

South Korea and U.S. officials began discussions this month on deploying the advanced anti-missile Terminal High Altitude Area Defence (THAAD) system to the U.S. military in the South, despite Chinese and Russian objection.

Japan has previously said it was considering THAAD to beef up its defenses.