Politics After Another Setback, Rubio Sees Salvation in Florida
Politics 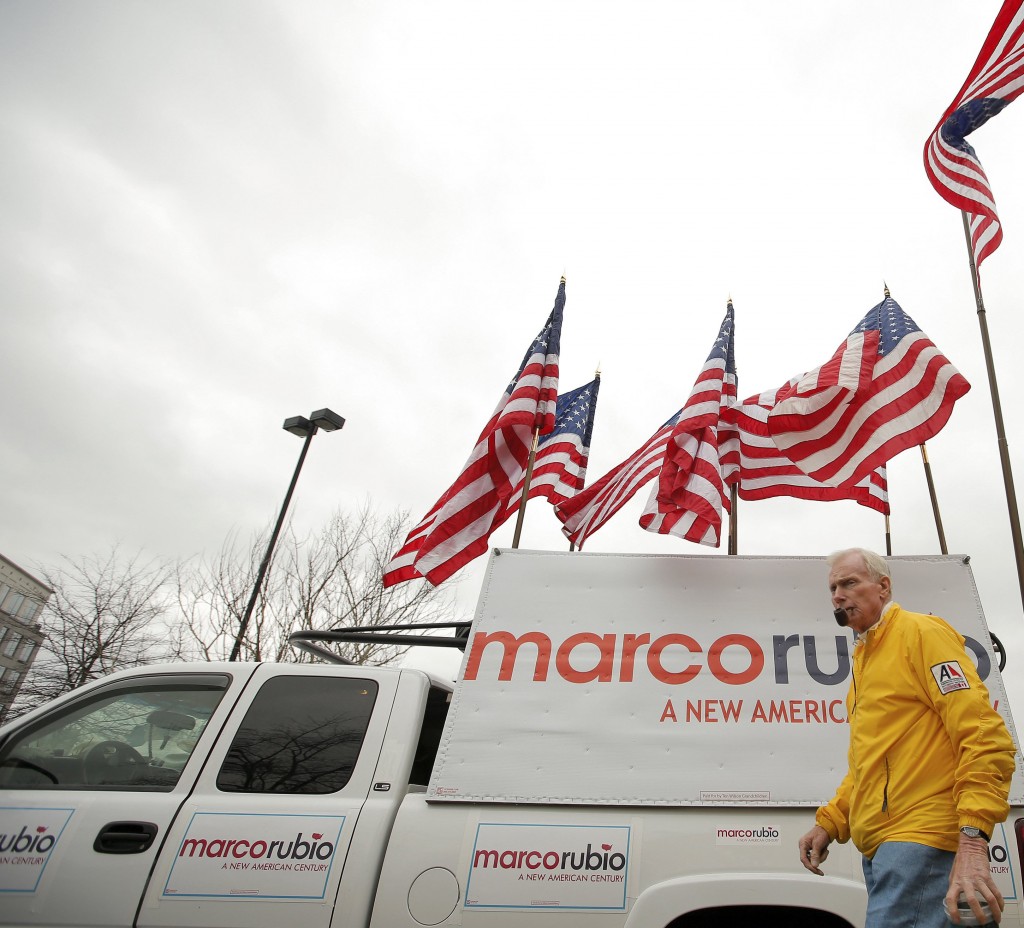 Coming off what may be his worst night of the primary season, Marco Rubio’s make-or-break moment has arrived.

And the Florida senator, a home-state underdog with a week to prove he belongs in the 2016 presidential race, insists Florida will be his salvation.

Rubio’s challenge is to overtake Republican front-runner Donald Trump in Florida and beat back a late push from Ted Cruz, who senses an opportunity to sink Rubio even if he can’t win the state himself. Rubio and his GOP opponents know a loss next Tuesday in Florida would force him out of the 2016 contest – and scar his future political ambitions, should he have any.

Rubio’s march for survival got steeper Tuesday night after fourth-place finishes in both Michigan and Mississippi.

“This is do-or-die for Rubio,” said die-hard supporter Jim Wilson, who follows the young senator’s campaign across the country in his pickup truck.

Suddenly reduced to a single-state strategy, Rubio’s team says he will campaign in Florida and nowhere else for the next week, even as four other states also prepare to host primary elections Tuesday. At the same time, his allies are pelting Trump with an avalanche of negative ads on Florida local media that reinforce the same message Rubio and his army of volunteers offer to anyone who will listen: Trump can’t be trusted.

Spokesman Alex Conant says the Rubio campaign has seven fully-staffed offices in the state backed by 40 full-time staffers and “countless” volunteers. Trump’s ground game in Florida largely remains a mystery, as was the case in other states.

While he is a distant third in most polls, Cruz’s campaign opened 10 Florida offices last week and boasts more than 10,000 volunteers in the state, although just a handful of people were inside Cruz’s Tampa office Tuesday afternoon. A Cruz official was also dispatched to Rubio’s Sarasota rally on Tuesday evening, part of a statewide “bracketing” operation.

“The best thing Marco Rubio can do right now is pull out before Tuesday,” Rebecca Hagelin, the national co-chair of Women for Cruz, said. “He’s not going to win anyway, which is going to be devastating to his career.”

By necessity, Rubio is embracing the challenge.

“I’ve always been an underdog. I didn’t inherit money or a Rolodex from my parents,” Rubio told hundreds of supporters in a Sarasota airplane hangar, one of many references to Trump on the night. “My whole life I’ve had to scratch and claw and earn each and every step of the way.”

A win in Florida would essentially reset the race, Rubio’s team says. And with at least a three-person field for the foreseeable future, they are convinced that no one will reach the 1,237 delegate threshold to secure the nomination outright before the party’s national convention in July.

If Rubio loses the state, it will not be for lack of outside financial support. The pro-Rubio Conservative Solutions PAC has spent more so far on Florida advertising than the combined total of all the other campaigns and super PACs.

The group is on pace to spend nearly $7.8 million in the state, mostly on ads attacking Trump. Three other anti-Trump groups plan to spend a combined $4.2 million attacking the billionaire front-runner before the March 15 primary, according to data from Kantar Media’s Campaign Media Analysis Group.

For his part, Trump has spent more than $700,000 through Tuesday and plans to spend an additional $1.3 million. Part of that spending will go into an ad called, “Corrupt Marco,” which criticizes Rubio for loose spending and labels him an “all-talk, no-action politician.”