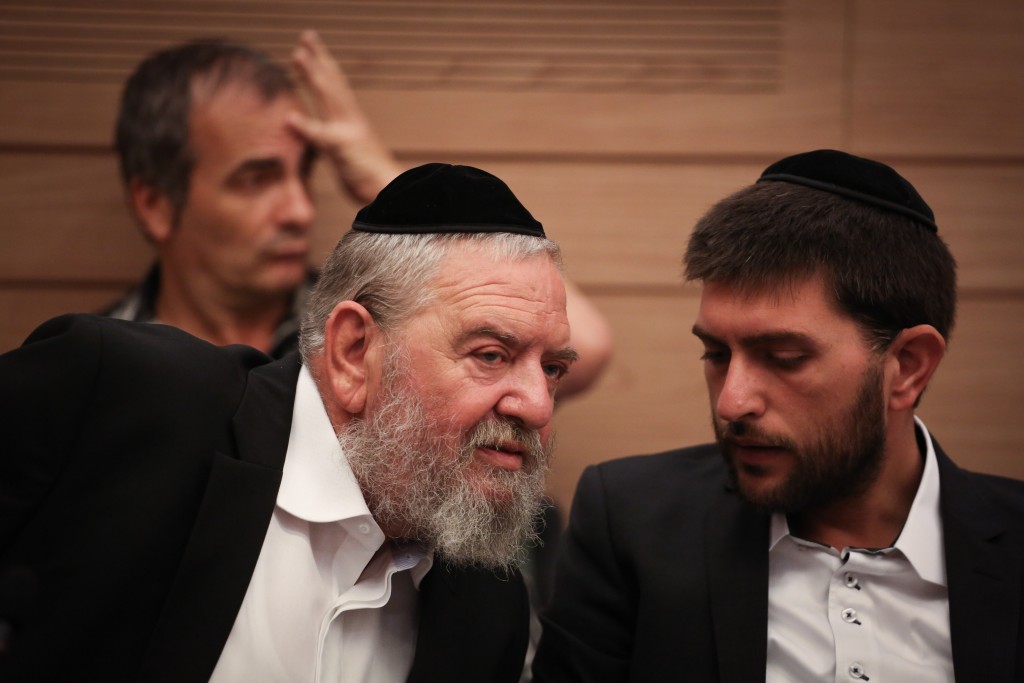 Despite objections to grouping Israel and the “occupied territories” together, the White House announced that it will sign legislation that contains the federal government’s strongest move yet against international efforts to boycott Israel.

“As with any bipartisan compromise legislation, there are provisions in this bill that we do not support, including a provision that contravenes longstanding U.S. policy towards Israel and the occupied territories, including with regard to Israeli settlement activity,” he said.

Mark Weitzman, director of government affairs for the Simon Wiesenthal Center, dismissed the president’s objection as “irrelevant” and said that the White House’s commitment to support the legislation is far more significant.

“The administration is not coming out against it or trying to undermine it in any way,” he said. “For us, this is an important achievement. It squarely puts the U.S. government on the side of fighting BDS [boycott, divestment, sanction] in the international arena.”

The Trade Facilitation and Trade Enforcement Act of 2015 is a wide-ranging piece of legislation aimed at reinforcing a number of international agreements and laws to protect U.S. interests. Earnest said that it will create “additional tools to help crack down on unfair competition by trading partners and foreign companies that put our workers and businesses at a disadvantage.”

Following the lead of several states that have taken action over the past year to penalize organizations promoting boycotts against Israel, a clause echoing this movement was introduced into the congressional bill. If enforced, it will require reporting on international organizations participating in BDS, protect U.S. businesses that deal with Israel, and could lead to a number of punitive actions against boycotters.

The clause is not the first U.S. effort to combat anti-Israel economic actions. It re-enforces several pieces of legislation that have been passed to fight similar boycotts such as those pursued during the 1960s and ’70s by the Arab League. It is, nonetheless, the first congressional action to deal with the recent wave of BDS that has been spreading largely in Europe and on U.S. college campuses.

In a statement to Hamodia, a White House official affirmed the administration’s commitment to protecting trade with Israel and fighting boycott efforts, but reiterated that the bill’s language that groups “Israel and Israel-controlled territories” contradicts policy consistently set by administrations since 1967.

The official continued to say that administrations of both parties have long recognized that “settlement activity” and efforts to change facts on the ground undermine the goal of a two-state solution to the conflict, and only make it harder to negotiate a sustainable and equitable peace deal in good faith.

Mr. Weitzman said that despite the administration’s objection to the language employed by Congress, its bipartisan passage and the president’s commitment to sign signals recognition “of discrimination and anti-Semitism that’s really behind BDS.”