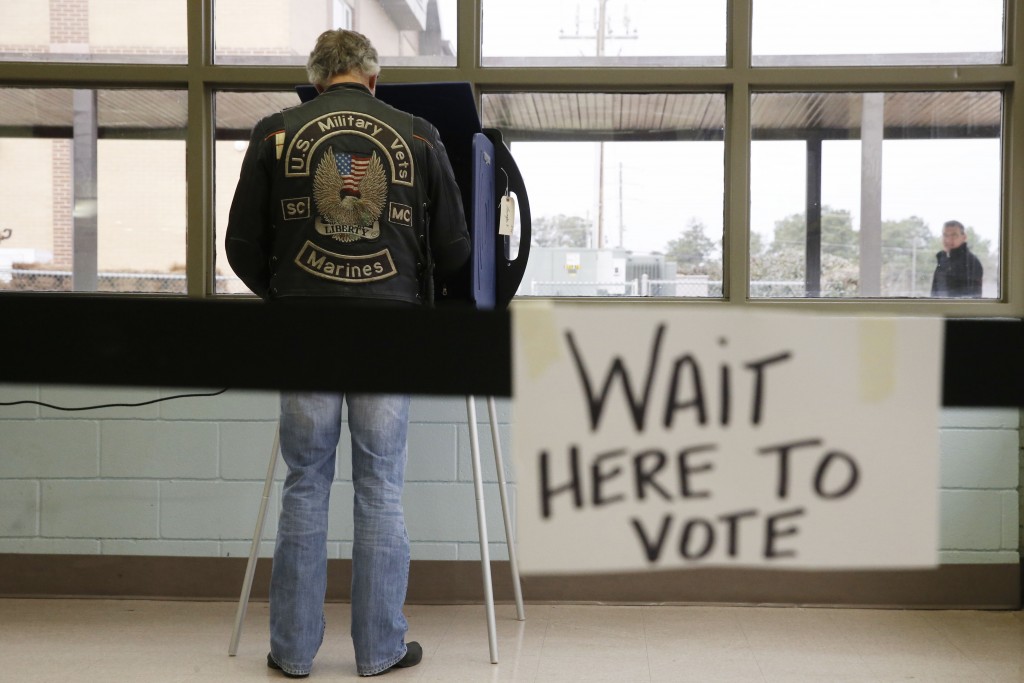 Hillary Clinton edged out Bernie Sanders on Saturday in Nevada’s caucuses, capitalizing on a more diverse Democratic electorate to propel her to a crucial win in her presidential bid.

Clinton prevailed in the third contest of the primary campaign with the backing of women, union workers, minorities and voters who are certain that the former secretary of state will have a better shot of winning in November, according to entrance polls.

The Clinton victory in Nevada underscored the challenge for Sanders as the campaign shifts to Southern states, including South Carolina on Feb. 27. Polling shows minority voters, a crucial bloc of the Democratic electorate, heavily favoring Clinton.

After three contests, Clinton has a narrow win in Iowa, a double-digit loss in New Hampshire and now momentum from Nevada that should attract the support of many of the Democratic superdelegates. She has won over a number of the 714 superdelegates as both candidates push toward the 2,383 needed to win the party nod.

In Nevada, thousands packed schools and hotels to vote, including scores of first-time caucus-goers who favored Sanders. The state party said more than 31,000 registered online to participate.

The contest in Nevada was the first of two presidential primary contests being held Saturday. Republicans were battling in South Carolina, a state seen as billionaire Donald Trump’s to lose and one that could start to clarify who, if any, of the more mainstream candidates might emerge to challenge him.

For both parties, the 2016 election has laid bare voters’ frustration with Washington and the influence of big money in the political system. The public mood has upended the usual political order, giving Sanders and Trump openings while leaving more traditional candidates scrambling to find their footing.

No candidate has shaken the establishment more than Trump. The billionaire businessman spent the week threatening one rival with a lawsuit, accusing former President George W. Bush of lying, and even tangling with Pope Francis on immigration.

The prospect of a Trump win alarmed rival Jeb Bush, the former Florida governor trying mightily for a strong showing in the first Southern state to vote.

“Trump can’t win, plain and simple,” Bush told reporters outside a polling place in Greenville. “This isn’t about appealing to people’s deep anxiety. … He can’t be president. A ton of people would be very uncomfortable with his divisive language and with his inexperience in so many ways.”

A Trump victory could foreshadow a solid performance in the collection of Southern states that vote on March 1. Victories in those Super Tuesday contests could put the billionaire in a commanding position in the delegate count, which determines the nomination.

Texas Senator Ted Cruz banked on a well-regarded get-out-the-vote operation and 10,000 volunteers to help overtake Trump on Saturday, as well as in the Southern states that follow.

A failure to top Trump in South Carolina could puncture that strategy, though Cruz, who sidetracked briefly to Washington to attend the late Supreme Court Justice Antonin Scalia’s funeral, will still have more than enough money to run a long campaign.

Marco Rubio and Bush were fighting to establish themselves as credible alternatives to Trump and Cruz, candidates some GOP leaders believe are unelectable in November.

Neither Bush nor Rubio expected to win South Carolina. But they wanted to finish ahead of one another; otherwise, there would be tough questions about long-term viability.

Rubio scored the endorsements of several prominent South Carolina politicians, including Governor Nikki Haley, and seemed to have rebounded after a dismal debate performance two weeks ago.

Teacher Jason Sims of Mount Pleasant went for Rubio in a last-minute decision and said Haley’s announcement was “a big deal.”

Bush hoped his deep family ties to South Carolina — his brother and father each won two primaries there — would be a lifeline for his struggling campaign.

Also in the mix was Ohio Governor John Kasich, who had low expectations in South Carolina. He was looking toward more moderate states that vote later in March. Retired neurosurgeon Ben Carson had a small but loyal cadre of followers.

Democrats and Republicans will swap locations in the coming days. The GOP holds its caucus in Nevada on Tuesday, while Democrats face off in South Carolina on Feb. 27.