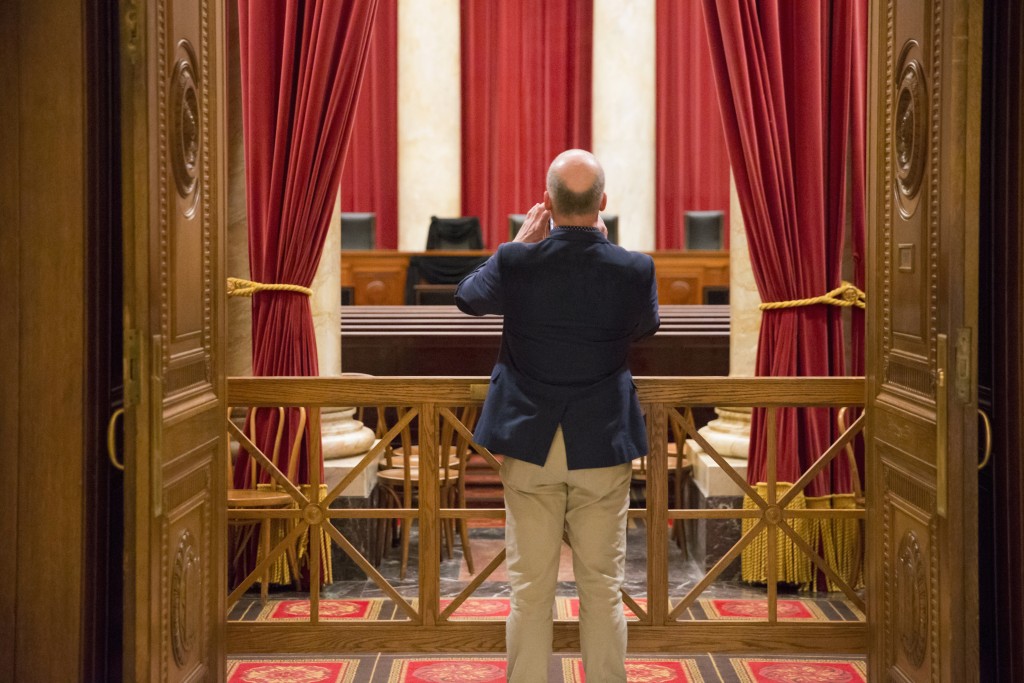 Concerted Republican opposition to considering President Barack Obama’s pick for the Supreme Court showed early signs of splintering on Wednesday as a handful of influential senators opened the door to a possible confirmation hearing. One Republican even suggested the president should nominate a candidate from his state.

Texas Sen. John Cornyn, the No. 2 Republican in the Senate, did not rule out a committee hearing on Obama’s forthcoming nominee to replace the late Justice Antonin Scalia. And Sen. Dean Heller said chances of Senate approval were slim, but added that Obama should “use this opportunity to put the will of the people ahead of advancing a liberal agenda” on the high court.

“But should he decide to nominate someone to the Supreme Court, who knows — maybe it’ll be a Nevadan,” Heller said.

Sen. Orrin Hatch (R-Utah), who sits on the committee, said he opposes a filibuster to prevent a vote, as some Republicans have suggested. Senate Judiciary Committee Chairman Charles Grassley has also said he’d wait to see who Obama selects before ruling out a hearing in his committee.

Those senators formed a cautious but growing chorus of voices breaking with the absolutist position of Senate Majority Leader Mitch McConnell, who has told the White House not to even bother nominating a candidate. The Kentucky Republican and several Republicans up for re-election have maintained that voters in November’s presidential election should have a say in the direction of the nation’s highest court.

Cornyn, McConnell’s deputy, agreed that it should be left to the next president to pick Scalia’s successor. Still, Cornyn said it was up to Grassley to decide whether to schedule a hearing, and to McConnell to decide on a full Senate vote if the Judiciary Committee were to vote on the nominee.

“It’s entirely up to the Senate whether to confirm that nomination, and I think we should not,” Cornyn said. McConnell has shown no signs of softening his opposition to confirming an Obama nominee, which could put vulnerable Republicans in a precarious position as his party works to keep control of the Senate in the November elections. But Senate Democratic leader Harry Reid predicted Republicans would “cave in.”

“I think my Republican counterpart McConnell has made a terrible mistake by saying that he is going to ignore the president,” Reid said. He added: “The American people are going to make them pay if they jerk the president around on this.”

Wrangling over replacing Scalia came as preparations were ramping up to honor the conservative firebrand’s life and legacy on the court. The president and first lady Michelle Obama planned to pay their respects Friday when Scalia lies in repose at the Supreme Court, and Vice President Joe Biden was to attend Scalia’s funeral on Saturday.