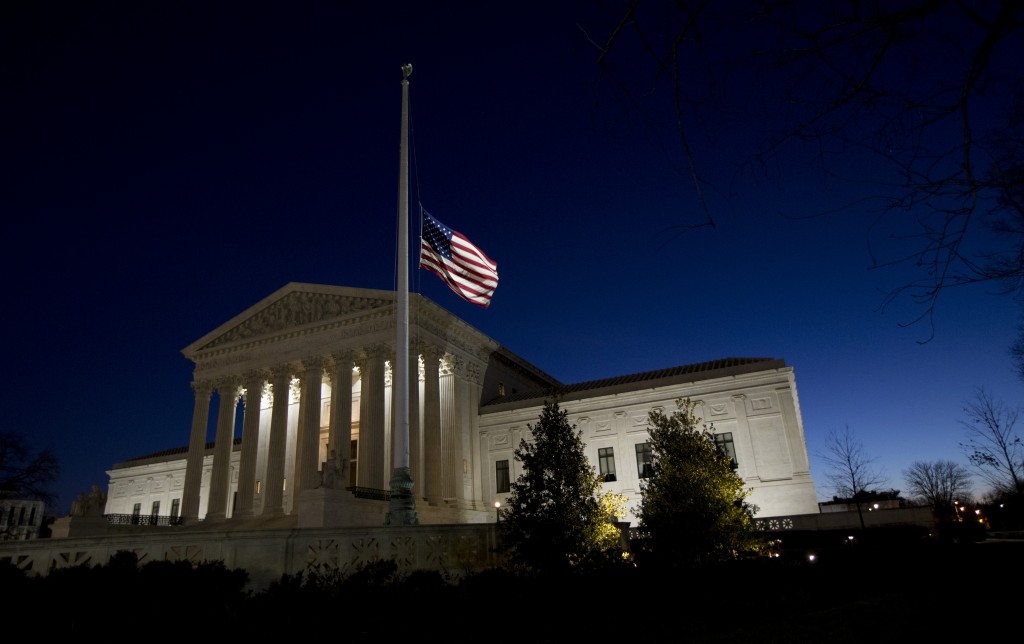 The Supreme Court abhors even numbers. But that’s just what the Court will have to deal with, perhaps for many months, after the death of Justice Antonin Scalia. Eight justices will decide cases, creating the prospect of 4-4 ties.

Here are some questions and answers about the prospects of filling the vacancy left by the death of Scalia and its effect on the Court:

Q: What happens when President Barack Obama makes a nomination?

A: Any nominee would first face the Senate Judiciary Committee, which would hold confirmation hearings and then vote on whether to send the selection to the full Senate. An Obama nominee would have a hard time even getting a favorable vote to get out of the committee, where Republicans hold an 11-9 edge. Some of the fiercest foes of the president serve on the panel, including Republicans Ted Cruz of Texas (a presidential candidate); Jeff Sessions of Alabama, David Vitter of Louisiana and Mike Lee of Utah. The committee chairman, Sen. Chuck Grassley, R-Iowa, said within hours of Scalia’s death on Saturday that Obama’s successor should select the next justice.

Q: What if the nominee did emerge from the committee?

A: The decision would then rest with the full Senate, where Republicans are in the majority 54-46. Majority Leader Mitch McConnell, R-Ky., wasted no time on Saturday making clear that “this vacancy should not be filled until we have a new president.” Further complicating the prospects for approval is Cruz, who has vowed to filibuster any Obama nominee. That means it would take 60 votes to break a GOP filibuster; Obama’s allies would need 14 Republicans to break ranks and move ahead on the nomination. The 2012 and 2014 elections left just a handful of moderate Republicans who might vote for an Obama pick. Of those still in the Senate, only Susan Collins, R-Maine, and Lindsey Graham, R-S.C., voted for Obama’s two other Supreme Court choices, Elena Kagan and Sonia Sotomayor.

Q: What happens to cases in which Scalia cast a vote or drafted an opinion, but no decision has been publicly announced?

A: Scalia’s votes and draft opinions in pending cases no longer matter. Veteran Supreme Court lawyer Roy Englert says that “the vote of a deceased justice does not count.” Nothing is final at the Court until it is released publicly and, while it is rare, justices have flipped their votes and the outcomes in some cases.

Q: What happens if there is a tie?

A: The justices have two options: They can vote to hear the case a second time when a new colleague joins them, or they can hand down a one-sentence opinion that upholds the result reached in the lower Court without setting a nationwide rule. When confirmation of a new justice is expected to happen quickly, re-argument is more likely. In this political environment, the vacancy could last into 2017.

A: A major function of the Supreme Court is to resolve disputes among lower courts and establish legal precedents for the entire country. Tie votes frustrate those goals and they essentially waste the Court’s time.

A: It deprives conservatives of a key vote and probably will derail some anticipated conservative victories in major Supreme Court cases, including one in which labor unions appeared headed for a big defeat. Next month’s Supreme Court clash over religious liberty and Obamacare also now seems more likely to favor the Obama administration.

Q: What other pending cases could be affected?

A: A challenge to the way governments have drawn electoral districts for 50 years now appears to have little chance of finding a court majority. The Court heard arguments in December in a case from Texas on the meaning of the principle of “one person, one vote,” which the Court has said requires that political districts be roughly equal in population.

But it has left open the question of whether states must count all residents, including noncitizens and children, or only eligible voters in drawing district lines.

Q: What will happen in the upcoming case over Obamacare?

A: The Supreme Court will be looking at the health-care law for the fourth time since its 2010 enactment. This time, the focus is on the arrangement the Obama administration worked out to spare faith-based hospitals, colleges and charities from paying for medications it finds morally objectionable, while still ensuring that those who want these medications can get it at no extra cost as the law requires.

The faith-based groups argue that the accommodation still makes them complicit in providing medication to which they have religious objections.

A tie vote here would sow rather than alleviate confusion, because the appellate courts that have looked at the issue have not all come out the same way.

Q: Are there cases in which a tie would be a loss for the Obama administration?

A: The administration’s plan to shield up to 5 million people from deportation was struck down by lower courts, and a Supreme Court tie would leave that ruling in place.

Q: Have there been other instances in which a Supreme Court justice was nominated and confirmed in an election year?

A: More than a dozen Supreme Court justices have been confirmed during the final year of a president’s term in office, but nearly all of those took place more than a century ago, when the process was far less politically polarized.

Republican leaders in the Senate have argued that filling the vacancy left after Scalia’s death should wait until after the next president is elected. But Obama insists that he plans to fulfill his duties under the Constitution to nominate a new justice before his term ends.

Most recently, Kennedy was confirmed by a 97-0 vote on Feb. 3, 1988, an election year. But Kennedy had been nominated by President Ronald Reagan in November 1987. And he was actually Reagan’s third choice and far less reliably conservative than the first two picks, Robert Bork and Douglas Ginsburg.

Before that, it was 1940 when President Franklin D. Roosevelt nominated Frank Murphy in an election year, and he was confirmed in just 12 days on Jan. 16, 1940.

Q: When was the last time the Senate refused to confirm a Supreme Court nomination made during a president’s final year in office?

A: President Lyndon Johnson nominated two men for Supreme Court seats in 1968, the last year of his presidency. He sought to elevate Justice Abe Fortas to replace Earl Warren as chief justice, and he nominated Homer Thornberry – a federal appellate judge from Texas – to fill the expected vacant seat.

But the Senate blocked a vote on Fortas over strong opposition to the move, and Fortas later withdrew his nomination. Without a vacancy, Thornberry’s nomination also never got a Senate vote.