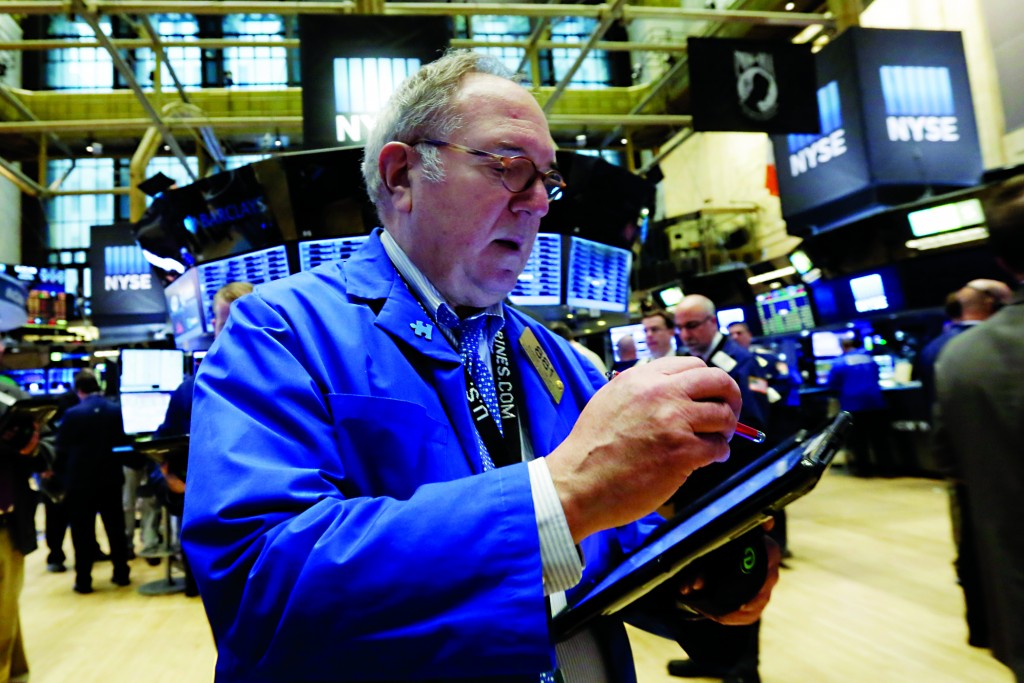 U.S. stocks were lower on Thursday after weak economic data and a spate of poor corporate results heightened investors’ fears of a slowdown in the economy.

Data showed that the number of Americans filing for unemployment benefits rose more than expected last week and nonfarm productivity fell in the fourth quarter at its fastest pace in more than a year.

The numbers come before the keenly awaited monthly employment data released by the government on Friday.

“Right now you have a lot of seasonal adjustments related to the winter weather,” said Scott Brown, chief economist at Raymond James in St. Petersburg, Florida about the economic data.

“Spring is when most firms really step up their hiring and the housing market really gets going.”

Fourth-quarter S&P 500 earnings are expected to have fallen 4.4 percent from a year earlier, according to Thomson Reuters data.

Oil prices rallied and added to the previous day’s 7-percent gain as the dollar weakened after weak U.S. data and comments from a Fed policymaker signaled that further rate hikes could be delayed.

The dollar index which measures the greenback against a basket of six major currencies, hit 96.55, its lowest level in more than three months.

Stocks globally have had a rough start to 2016, hurt by tepid U.S. growth, falling oil prices and concern that the world faces a China-led slowdown. The S&P 500 has fallen 6.4 percent this year.

However, chances of future interest rate increases this year are steadily fading.

Fed policymaker William Dudley said in an interview on Wednesday that monetary conditions had tightened since the Fed raised rates and that rate-setters would have to take this into account.