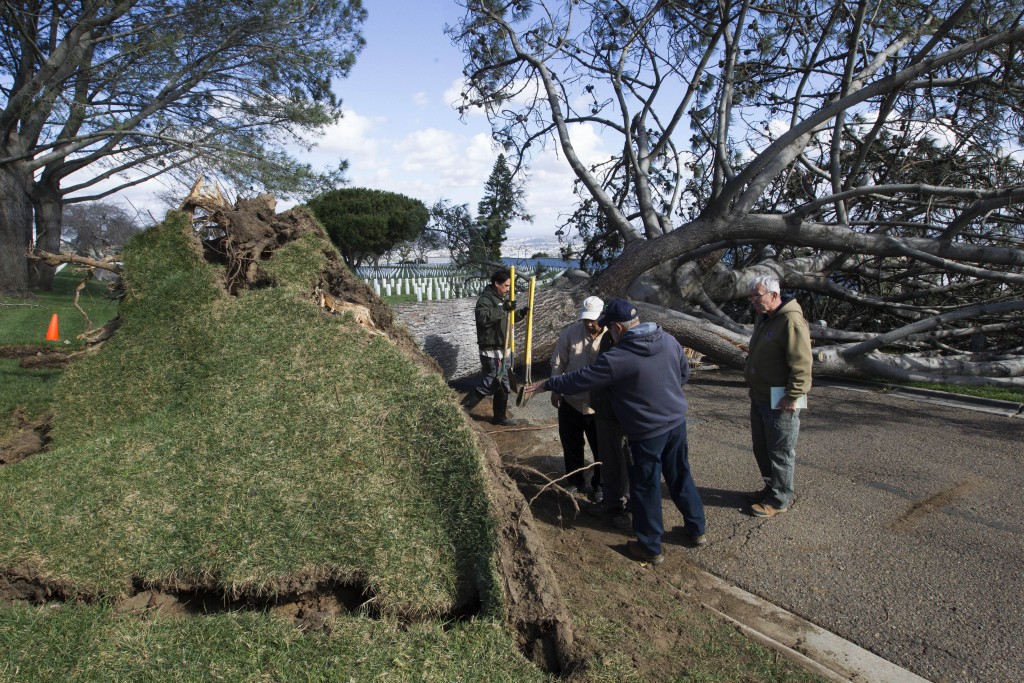 Following a welcomed parade of El Nino storms drenching drought-stricken California, state officials on Tuesday will decide whether to extend emergency conservation orders, and reveal how much water Californians saved in December.

The figures are expected to show that for a third straight month, Californians missed a mandate to use 25 percent less water. State regulators, however, say they are confident residents will meet the long-term goal that requires the savings over a nine-month period ending in February, a more important target.

State water managers remain focused on April 1 — when the Sierra Nevada snowpack is historically at its deepest. Its depth then will signal whether drought conditions are easing after the state’s driest four-year period on record.

“We’re at halftime,” said Felicia Marcus, chair of the State Water Resources Control Board, who would not provide December’s conservation numbers ahead of a formal release Tuesday. “We’re not doing too badly, but we certainly haven’t won the game yet.”

Tuesday water managers also will plunge a measuring pole into the Central Sierra snowpack, which includes Lake Tahoe, to gauge its water content for the second time this winter.

A December survey showed the snowpack already above average. El Nino storms by Feb. 1 had boosted the snowpack to levels higher than the state has seen in five years, before drought took hold.

Marcus said she anticipates the state water board she chairs will extend the emergency conservation orders through October. The regulations have drawn criticism from water districts, despite efforts to ease them.

Under the proposed regulations, especially hot and dry inland communities might be able to get a slight cut in their conservation targets. Communities with fast population growth, and districts that have developed desalination plants, wastewater-recycling plants or other sources of new water might also get a break.

They don’t go far enough to reward communities that have invested millions to be resilient during times of drought, David Bolland, special projects manager at the Association of California Water Agencies, said in a letter to the state water board.

Bolland urges state officials to replace the emergency regulations with long-term water policy. “Such an approach must fully consider existing and future investments in sustainable and emergency supplies, and long-term water use efficiency efforts,” he said.