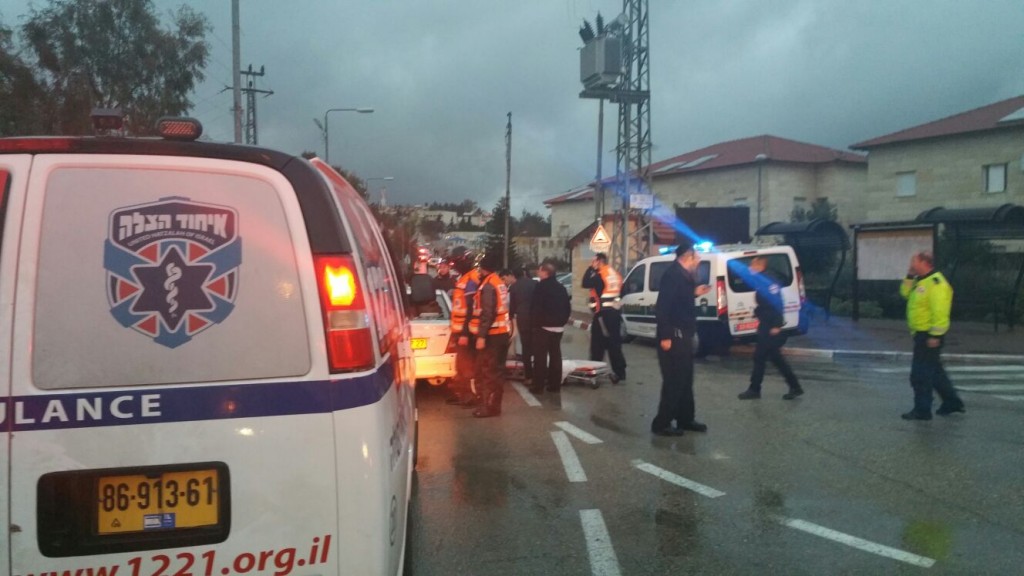 Late on Monday afternoon, two Palestinian terrorists approached a supermarket in Beit Horon and injured two Israeli women, according to a police report. Beit Horon is to the northwest of Yerushalayim, near Modiin.

They stabbed a woman at the entrance of the supermarket, and then, whilst fleeing the scene, stabbed another woman passerby, in her fifties.

A security guard near the supermarket shot them both dead.

Magen David Adom medical crews who came to the scene later reported that the two wounded victims were treated at the scene.

One of the injured women is in a serious, and unstable, condition; the other is in a moderate state. The lady in a serious condition was rushed to Hadasah Har Hatzofim Hospital in Yerushalayim.

It was later revealed that, b’chasdei Shamayim, a much greater terror attack was averted, as a pipe bomb was found near the bodies of the dead terrorists.