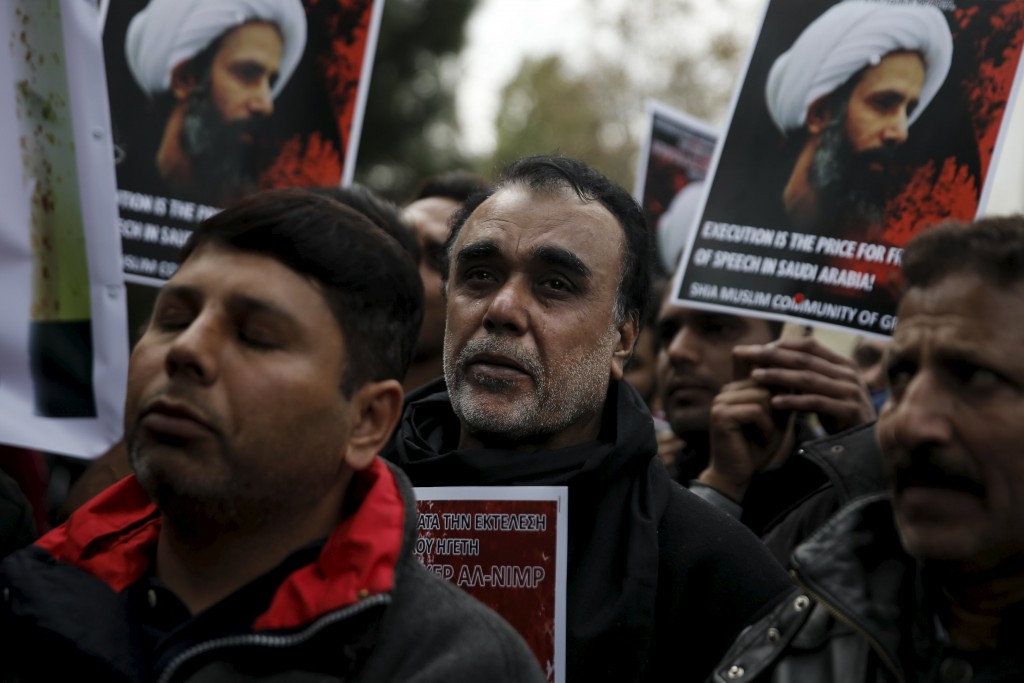 Iraqi Shiite Muslim lawmakers on Sunday accused the new Saudi ambassador of meddling in domestic affairs after he said the presence of Iranian-backed Shi’ite militias in the fight against Islamic State (IS) was exacerbating sectarian tensions in Iraq.

Enmity between Sunni and Shiite Muslims in the Middle East is at its worst in years, as regional conflicts in Syria, Iraq and Yemen deepen long-standing rifts. Saudi Arabia, a conservative Sunni kingdom, executed a prominent Shi’ite cleric this month, infuriating both Shiites around the region and its arch foe Iran.

In an interview with Iraq’s al-Sumaria on Saturday, new Saudi Ambassador Thamer al-Sabhan said the Hashid Shaabi, a coalition of mostly Iranian-backed Shi’ite paramilitary groups set up in 2014 to fight IS should leave the fight against the terrorists to Iraq’s army and official security forces in order to avoid aggravating sectarian tensions.

The reopening in December of the Saudi embassy in Baghdad, closed in 1990 after Iraq invaded Kuwait, was seen as heralding closer cooperation in the fight against IS, which controls territory in Iraq and in Syria and which has claimed bombings in Saudi Arabia.

At least 40 people were killed earlier this month and nine Sunni mosques firebombed, in the eastern Iraqi town of Muqdadiya in apparent retaliation for two blasts there targeting Shi’ite militia terrorists, which left 23 people dead.

“Interference in the Hashid Shaabi, speaking about Muqdadiya, and other issues – it’s not his business… he must respect diplomatic customs,” said Khalid al-Assadi, a member of the Iraqi parliament’s foreign affairs panel.

The rise of the ultra-hardline Sunni terrorists of IS has worsened sectarian conflict in Iraq, which is majority Shiite.

Al-Assadi said he had asked the foreign ministry to summon al-Sabhan to express lawmakers’ objections. There was no immediate response from the ministry. “If such interference is repeated there will be calls to announce the ambassador persona non grata and demand that the Kingdom of Saudi Arabia replace him,” Assadi said by phone.

“He should be expelled immediately or else he could meet dire consequences,” Awatef Nemah from the ruling Shi’ite bloc told al-Sumaria, without elaborating.