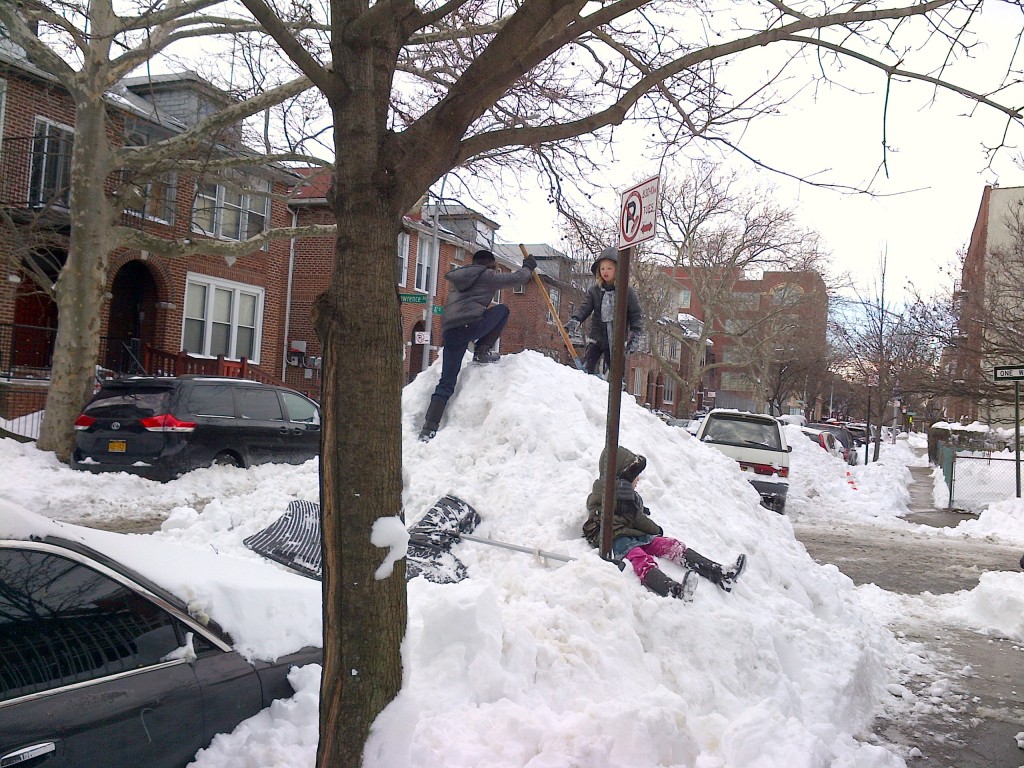 For some local residents trying to make their way around by foot on Sunday, the most challenging part was trying to cross the street.

“The gutters are pretty clear, and the sidewalks — at least for the most part — are passable,” a middle-aged man, who asked to be identified only as Yisrael, said, standing at the corner of 17th Avenue and 48th Street, taking a break from trying to navigate his way through what seemed like three feet of snow. “But this is where things get very difficult.”

As they drove up and down city streets, clearing the near-record snowfall, sanitation trucks pushed much of the snow to the sides and corners, making it possible for cars to travel — but very challenging for those trying to get around by walking.

As this reporter took an hour’s stroll through the streets of Boro Park, he found that by 3:00 p.m., on the residential blocks he had walked, the majority of homeowners had cleared a path in front of their homes.

With area schools and yeshivos closed, children reveled in the snow, building igloos and helping adults shovel the snow. Some residents did the straining work themselves, others hired help.

“It isn’t only the ticket,” one man, who declined to give his name, explained as he approached a pair of workers shoveling a neighbor’s property and asked them to do his sidewalk when they were finished. “I have this real fear of someone falling and hurting themselves, chas v’shalom. I have back trouble so I can’t do it myself, but it is well worth every penny.”

Businesses, especially those that were closed on Sunday, were a different story.

“This is outrageous,” a man, who seemed to be in his late forties, said as he tried to navigate his way in high snow in front of a bank on 16th Avenue. “What a total lack of responsibility. The people who run this bank and the other stores here should be ashamed of themselves. This is downright dangerous.”