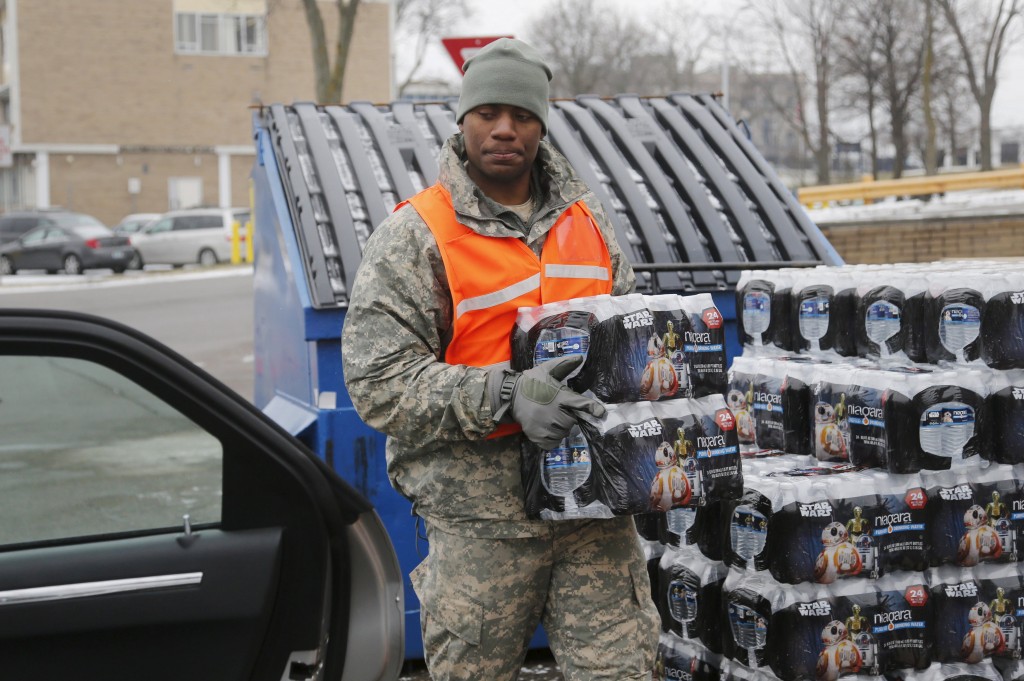 The head of the Midwest region of the U.S. Environmental Protection Agency offered her resignation over the water contamination crisis in Flint, Michigan, the agency said on Thursday, as it issued an emergency order to resolve the growing problem.

Susan Hedman, the second official to resign since the crisis unfolded, had played down a memo by an EPA employee that said tests had shown high levels of lead in the city’s water, telling Flint and Michigan administrators it was only a draft report.

Hedman’s resignation will take effect Feb. 1, the EPA said. Before the agency’s announcement on Hedman, the White House said President Barack Obama will ensure officials will be held accountable if any wrongdoing is found.

The EPA on Thursday issued an emergency order requiring Michigan and the city of Flint to take immediate steps after determining that their response to the crisis had been “inadequate to protect human health.”

Under the direction of a state-appointed emergency manager, Flint, a working class mostly African-American city of 100,000 north of Detroit, switched water supplies to the Flint River in 2014, to save money. The river is known locally as a dumping ground.

The more corrosive river water, which was not treated, caused more lead to leach from the city’s aging water pipes than the Detroit water the city had tapped previously.

Complaints about the water began within a month of the change, but officials did not take steps to remedy the situation until October 2015 after tests showed elevated levels of lead in some tap water in the city and in some children. Lead is a neurotoxin that can damage brains and cause other health problems.

The city switched back to Detroit water in mid October, but the contamination continued.

The Flint crisis pushed EPA Administrator Gina McCarthy on Thursday to issue a new policy to elevate any issues that appear to be a substantial threat to public health, or that “other authorities appear to be unable to address.”

“Our strength can become a weakness if we interpret our responsibility as ending with simple technical compliance,” McCarthy said in a memo to all EPA staff.

The EPA’s inspector general agreed to evaluate the Midwest office’s public water system supervision program and its implementation of its state oversight.

Representative Jason Chaffetz, chairman of the House Oversight and Government Reform Committee, said “The EPA is rife with incompetence and Region 5 is no exception. Mismanagement has plagued the region for far too long and Ms. Hedman’s resignation is way overdue.”

White House spokesman Josh Earnest, noting that the Justice Department was investigating the contamination of Flint’s water supply, told reporters that Obama will make sure that EPA officials are held responsible for any errors that may be uncovered.

By the end of next week, Michigan would have access to $80 million for water infrastructure funding agreed to in last month’s bipartisan budget, Obama told a group of mayors at the White House.

GOV. SNYDER TO BE INVITED TO TESTIFY

Michigan Governor Rick Snyder and other officials will be called to testify next month to a congressional panel. U.S. Representative Brenda Lawrence, a Democrat, requested a Feb. 3 hearing of the House Oversight and Government Reform Committee last week, said spokeswoman Tracy Manzer. The invitation will be specifically for the governor and he cannot send a representative on his behalf, Manzer said.

Dan Wyant, former director of Michigan’s Department of Environmental Quality, are among the other invitees. Wyant resigned in December over the growing crisis in Flint.

The hearing will “identify precisely what went wrong in the process and to ensure that those who were responsible are to be held accountable and that this never happens again,” Manzer said.

Snyder, a Republican, has rejected calls from critics for his resignation over the crisis. He asked the Michigan state legislature this week to approve $28 million to assist Flint and said there would be additional funding requests. The Michigan House approved the funding unanimously on Wednesday and the bill was in the Senate on Thursday.

In recent weeks, the Michigan Department of Health and Human Services also has said that it has seen an increase in Legionnaires’ disease cases in the county that includes Flint covering the period in which the river water was the primary source. It could not conclude if the cases were related to the water switch. A report released on Thursday found 87 Legionnaires’ cases in the county from June 2014 through October, including nine deaths. (Reporting Timothy Gardner, David Shepardson, Ayesha Rascoe and Roberta Rampton in Washington, Fiona Ortiz in Chicago and David Bailey in Minneapolis; Editing by Frances Kerry and Bernard Orr)