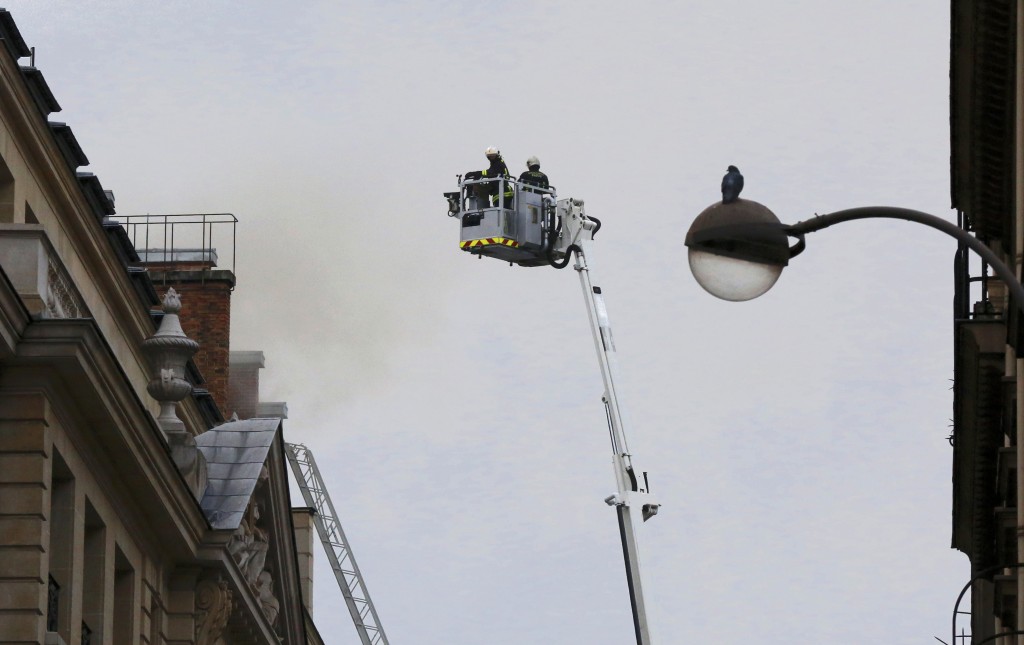 Flames ripped through the top floor of the luxury Ritz Paris hotel on Tuesday, as around 60 firefighters battled to put out a fire which threatened the work of a 3-1/2 year restoration program just weeks ahead of a planned reopening.

Some 150 workers were evacuated from the site in the Place Vendome square in central Paris at around 0500 GMT, where about 15 fire trucks were on the scene, Paris fire service spokesman Captain Yvon Bot said on French media.

The cause of the fire, which struck on the seventh floor of the building and spread through the attic to the roof, was so far unknown, the official said. By mid-morning, the fire had been brought under control, he told Reuters.

“There is no longer any risk of it spreading, but the operation will still take a very long time,” he said. The firemen had had great difficulty accessing the part of the building affected, he said.

The Ritz had no comment as the incident was ongoing. The hotel’s site still indicated on Tuesday it was accepting reservations again from March 2016.

The hotel was last renovated over a decade beginning in 1979 after its purchase by tycoon Mohamed Al-Fayed. The latest work to restore the Ritz, which opened in 1898 and was the first Paris hotel to boast electricity on all floors and bathrooms that were inside rooms, began in August 2012 and is being overseen by interior architect Thierry W. Despont. It includes the building of a “discreet tunnel” that will enable the rich and famous to come and go in privacy.

In related news, the deadly terror attacks in Paris in November have cost French hoteliers an estimated 270 million euros ($293 million) in lost revenue and could continue to have an impact on hotel occupancy rates, research firm MKG Group said on Tuesday.

The hospitality research firm said the sector was still suffering in January but there was some prospect of a recovery from mid-February, provided there are no more incidents.

The French capital has been on high alert since 130 people were killed in shootings and suicide bombings in Paris on Nov. 13.

“We estimate the revenue shortfall for the French hotel industry at 270 million euros, of which 146 million was for Paris alone,” Vanguelis Panayotis, director of development at MKG told reporters.

The attacks have sent shudders through the tourism industry in one of the world’s most visited cities, with hotel owners, tour operators and others in the industry hoping the expected drop-off in visitors will not last long.

In December the CEO of AccorHotels said that Europe’s largest hotel group had felt a “real economic impact” from the attacks, with fewer last-minute bookings for the second half of December compared with a year ago, and that the effect will probably last three or four months.

France, which has been struggling to revive its economy, is the most-visited country in the world, with Paris hosting 32.2 million visitors last year.