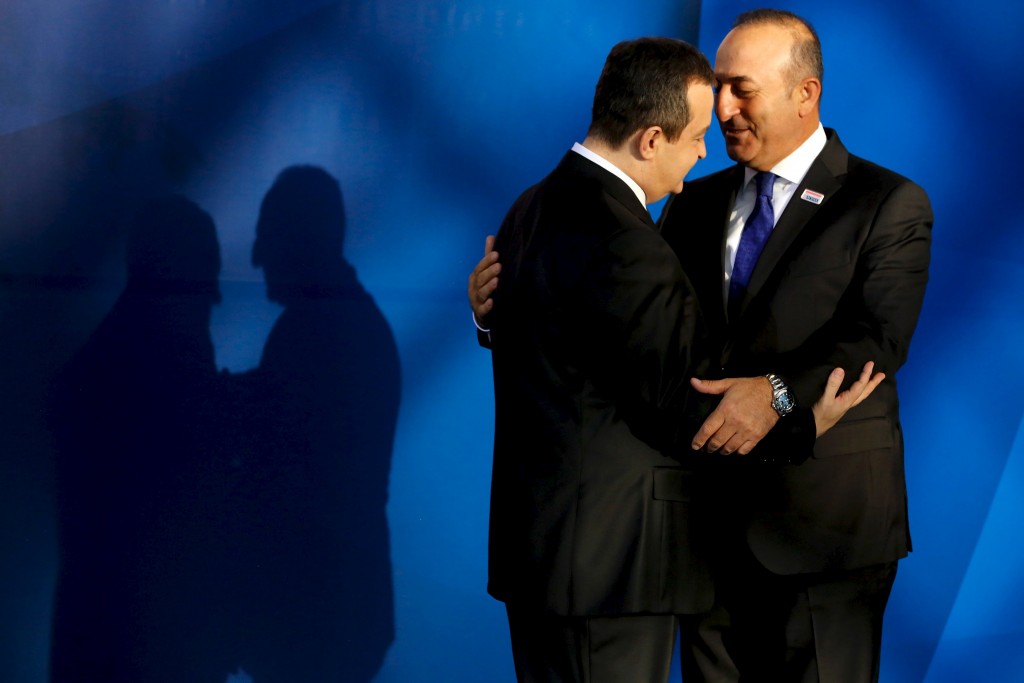 Turkey is unsettled by “anti-Islamic” messages in the U.S. presidential race, in which the Republican front runner called for a ban on foreign Muslims, Foreign Minister Mevlut Cavusoglu said on Monday.

In November, Trump said he saw thousands of Muslims in New Jersey cheering the Sept. 11, 2001 attacks on New York’s World Trade Center, an assertion that fact-checkers have not supported.

“It’s election year in the U.S., we’re disturbed by anti-Islamic remarks by some of the candidates,” Cavusoglu told a conference of ambassadors in Ankara.

On Saturday, a Muslim advocacy group called on Trump to apologize after a Muslim woman who engaged in a silent protest at his rally a day earlier in South Carolina was removed by security personnel and booed by the crowd.

NATO allies Turkey and the United States are part of a Washington-led coalition to fight the Islamic State terrorist group in Syria and Iraq. But differences of opinion over which opposition groups should be backed in Syria have recently caused tensions, with Ankara summoning the U.S. ambassador last October over support to Kurdish groups.

In a wide-ranging policy speech to the annual meeting of Turkish ambassadors, Cavusoglu defended Turkey’s deployment of a force protection unit to Bashiqa in northern Iraq, a move which has caused a diplomatic row with Baghdad.

He repeated that Ankara respects Iraq’s territorial integrity and said the deployment was made after security deteriorated at Bashiqa, where Turkish soldiers have been training an Iraqi militia to fight Islamic State.

Cavusoglu also said Turkey was ready to make “every effort” to help resolve tensions between Saudi Arabia and Iran, which have worsened since the execution of a high-profile Shi’ite cleric by Saudi Arabia earlier this month.

But he appeared to dash any hopes of an imminent normalization in ties with Israel, saying there was no agreement yet on Turkish demands for compensation for the deaths of 10 Turkish activists on an aid ship in 2010 or for an end to the Gaza blockade.

Cavusoglu also said Ankara would fulfill its responsibilities to ensure the resolution this year of the dispute over Cyprus, split since a 1974 Turkish military intervention.